The decennial census doesn’t take place until next year, but there are annual population surveys being conducted every year around the country. The news from 2018 wasn’t particularly good for Baltimore, Maryland, however. Once again, rather than demonstrating any sort of growth, Charm City actually decreased in population and the losses were felt across virtually all demographic and economic lines. This is particularly distressing when you consider that Baltimore was once the nation’s sixth largest city. (NY Post)


New annual estimates from the US Census Bureau show that Baltimore is continuing to shed inhabitants, bringing the overall population of Maryland’s biggest city down to what it was over 100 years ago.
The latest Census data shows that Baltimore lost more than 7,300 citizens during the 12 months that ended July 1. That’s a loss of 1.2% of the city’s population. It’s the fourth straight year of population decline for Baltimore while rival counties are attracting newcomers…
Census data released Thursday suggests the city’s population is now just over 600,000 people. The population of the metropolis nicknamed “Charm City” stood at roughly 730,000 in 1920. 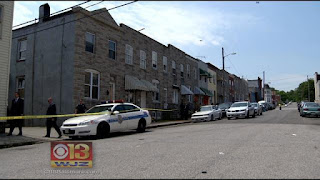 Raise your hand if you’re surprised by this. Nobody? Okay.

Plenty of states and cities experience temporary fluctuations in population for a variety of reasons. The only way to really gauge what’s going on is to look at the bigger picture over an extended period of time. And what we’re seeing in Baltimore is far from a statistical glitch. The last time the city’s population was this low was probably in the 19th century since they were already up to 720,000 by the 1920 census. In the 1950s the population was nearly a million. 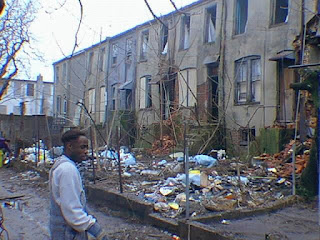 The reasons for the slow decline from there varied from generation to generation. The closure of Bethlehem Steel and the collapse of business in the shipyards set the tone for much of the second half of the twentieth century, but since then issues of economic opportunity and racial divisiveness have become endemic. And the past few years, particularly since the Freddie Gray riots, have seen those problems becoming acute.

At the same time, Baltimore’s elected officials haven’t exactly covered themselves in glory in the 21st century. They haven’t had a mayor since Martin O’Malley who wasn’t mired in a cloud of scandal. Shelia Dixon resigned after being convicted on charges of fraud. Her successor, Stephanie Rawlings-Blake threw in the towel after her mishandling of the riots. And now, Catherine Pugh is hanging on by her fingernails because of the BookGate scandal. It’s rather hard to have confidence in your city and stick around with leadership like that.

Law and order is a joke in Baltimore, the politicians are corrupt (yes, they're related), and the city literally stinks. Anyone with the means ability to get out would consider it strongly. The only question is where to go. Not down here, please.
Posted by Fritz at 7:38 PM