Russiagate: None Dare Call it Spying

Well, Barr told the Senate that Obama officials spied on the Trump campaign and White House, and said he was not sure a crime was committed or rules were broken, but he was going to look into it. Althouse, "Attorney General William Barr has assembled a team to review controversial counterintelligence decisions made by Justice Department and FBI officials..."AP, The Latest: Barr says he thinks Trump campaign was spied on. WaEx, DOJ inspector general looking into FBI informant in Trump-Russia investigation. Roll digits:


Barr says he believes Trump's 2016 campaign was spied on. @brianschatz: "Do you wanna rephrase ... I think the word 'spying' could cause people in the cable news ecosystem to freak out."


Bless their little hearts. Spying is too mean of a word for the criminals who enabled it https://t.co/HnV0Qp6n7V
— The OG Hillbilly (@LauraLMonroe33) April 10, 2019

Reactions? Sarah Hoyt at Instapundit, Well, Duh! Ace, Jake Tapper, The Guy Who Pushed a Russia Conspiracy Theory With No Evidence Apart from Lies from Partisan Government Officials for Two Years Now Says That Barr Says That "Spying" Occurred -- and Adds, "Provides No Evidence" for This Claim


"Provides no evidence." Give me a break, Fake Tapper -- Where's the evidence for the Fake News Conspiracy Theories you've been peddling for two years? 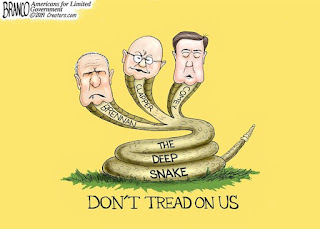 
No evidence other than the publicly known use of covert overseas intelligence assets, domestic intelligence assets, FISA warrants, and national security letters. You might want to stick to parroting intel chief leaks and whining in DMs. https://twitter.com/jaketapper/status/1116097106966659074?s=21 …

At WaEx, Rep. Andy Biggs,  The media will never live down the ignominy of the Russian collusion hoax. Which might be true if they had any shame, but they don't (See Jake Tapper above). Doug Ross: HOW TIME FLIES: When will the diabolically evil schmucks at the NYT be held to account for their lies?

Fox News, Dems rage against Barr for backing claims of Trump campaign ‘spying’ by FBI. I had to steal Sarah Hoyt's shocked face. Mine is broken. AP Interview: Pelosi: ‘I don’t trust Barr; I trust Mueller’ 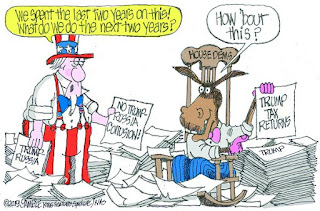 Jazz Shaw, Hot Air, Barr: You Bet I’ll Be Looking Into How This Russia Investigation Started


If you thought we’d heard the last of this cast of characters, including Peter Strzok, Lisa Page, Andrew McCabe, and the Steele dossier, guess again. Based on Barr’s answers, that’s precisely where the current investigation is going and it’s already started.

AllahPundit: Barr: Mueller Didn’t Ask Me To Decide Whether Trump Committed Obstruction Of Justice. Clearly, many of the 13 raging Democrats on Mueller's team didn't like a lot of Trump's actions and wanted to trump up obstruction charges against the President, but Mueller overruled them and decided the cases would be breaking new ground (a Weissman specialty), and that shouldn't be attempted in such an important matter. Damon Linker at The Week whines about How Barr poisoned the Mueller rollout by not giving them the obstruction case they so clearly longed for.

Rep. Doug Collins, R-Ga., released the transcript of former FBI General Counsel James Baker on Tuesday, the latest in a series of such disclosures by the ranking member on the House Judiciary Committee.

The 152-page transcript is from a closed-door interview that Baker gave on Oct. 3, 2018 in front of a joint session of the House Judiciary and Oversight committees.

“The Americans deserve transparency and they deserve to know what transpired at the highest levels of the FBI and at the origin of the probe into President Trump’s campaign," Collins said.

I didn't actually see anything much new in the article.

Jeff Carlson at the Epoch Times, Ties to Ukrainian National a Unifying Theme in Early Attacks on Trump. It turns out that Ukraine was actively meddling as well. Probably to counteract the Russians.

Someone made the point that in going after Manafort for FARA, Mueller may have doomed not only Craig but eventually Podesta and K street. Collusion is the goose that lays the egg and they've turned it from an asset into a possibly criminal liability.
— wretchardthecat (@wretchardthecat) April 11, 2019


House Intelligence Committee ranking member Devin Nunes filed a $150 million lawsuit in Virginia state court against The McClatchy Company and others on Monday, alleging that one of the news agency's reporters conspired with a political operative to derail Nunes' oversight work into the Hillary Clinton campaign and Russian election interference.

The filing, obtained by Fox News, came a day after Nunes, R-Calif., revealed he would send eight criminal referrals to the Justice Department this week concerning purported surveillance abuses by federal authorities during the Russia probe, false statements to Congress and other matters.

In March, Nunes filed a similar $250 million lawsuit alleging defamation against Twitter and one of its users, Republican consultant Liz Mair. In Monday's complaint, Nunes again named Mair as a co-defendant, charging this time that she conspired with McClatchy reporter MacKenzie Mays to spread a variety of untruthful and misleading smears -- including that Nunes "was involved with cocaine and underage prostitutes" -- online and in print.

Reached for comment late Monday, Mair directed Fox News to a USA Today op-ed she penned earlier this week concerning Nunes' previous lawsuit entitled, "Free speech means I don't have to be nice to Devin Nunes on Twitter. So why's he suing me?"

The official title of "Journolist" shouldn't be a license to defame.

Linked by EBL in Attorney General Barr: [Democrats] Spying On A Campaign Is A Big Deal.
Posted by Fritz at 8:51 AM