A Body Blow to Law Enforcement 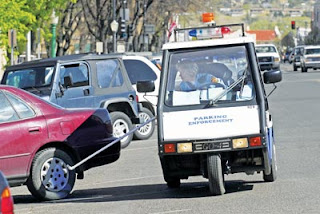 The U.S. Court of Appeals for the 6th Circuit, in a first-of-its-kind decision, ruled that marking a car’s tires to gather information is a form of trespass requiring a warrant, similar to police attaching a GPS to a vehicle to track a suspected drug dealer. 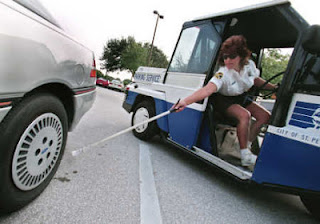 Parking attendants across the country have been chalking tires with big white lines for decades in zones without meters to enforce of time limits and issue tickets. It’s a substantial source of revenue for many cities.

The decision, while undoubtedly bringing joy to parking scofflaws everywhere, could cost some cities money, either from lost revenue or having to install meters where none exist. 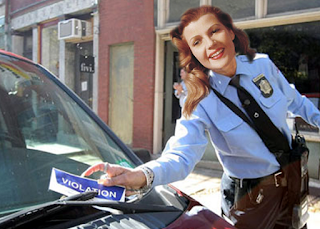 Having to do stuff without damaging some innocent person's property is so burdensome!

Of course, if this ruling stands (and I expect cities to appeal as high as they can get) it will have other financial consequences, as there are actually devices sold to mark tires for this purpose. 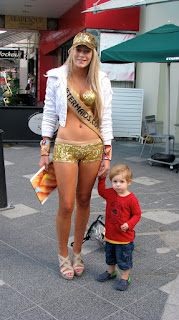 On the other hand, as Fourth Amendment expert Orin Kerr of the University of Southern California law school tweeted, it “seems easy enough these days for parking enforcers to just take a photo of the car, or even just a close-up photo of the tire, rather than chalk it. . . . No 4A issues then.”
. . .
The Fourth Amendment to the U.S. Constitution bars “unreasonable searches.” But a U.S. District Court in Bay City, Mich., had dismissed the lawsuit, concluding that chalking, while a type of search, was not at all unreasonable.

People have a lesser expectation of privacy in their cars than, for example, in their homes, the district court ruled. Plus, the lower court said, the Supreme Court has carved out a “community caretaker” exception to warrant requirements for routine parking and traffic enforcement so police can control the hazards of clogged streets.


She said traditional law on searches of vehicles had been upended by the Supreme Court’s 2012 decision restricting the powers of police to use GPS devices to track criminal suspects.

In United States v. Jones, Justice Antonin Scalia, writing for the majority, said that attaching the tracking device was a form of trespass on private property by police that requires a warrant.

Donald said the chalking of Taylor’s car was just like the GPS installation, a trespass for the purpose of gathering incriminating information and therefore a Fourth Amendment violation when done without a warrant.

She dismissed the “caretaker” exception, saying that Taylor’s vehicle posed no safety risk. The city was trying to raise revenue, not “mitigate [a] public hazard,” she wrote.