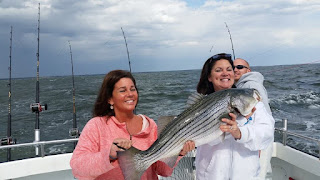 A recent scientific assessment of striped bass shows the striped bass population has been below the sustainable threshold for the past 6 years and overfishing has been occurring since 2010. “Virginia has always been a conservation leader, and this is a time to step up. 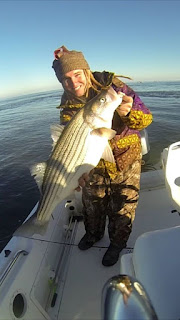 
The recent stock assessment shows that early action is needed to slow the decline and restore this fishery to sustainable levels,” Virginia Marine Resources Commissioner Steven G. Bowman said. “I am proud of the swift action taken by the Commission.”

“There has to be a starting point for conservation. Today’s action was the first step, and the Marine Resources Commission will continue to look at other measures for both recreational and commercial sectors to further reduce fishing mortality,” Commissioner Bowman said. 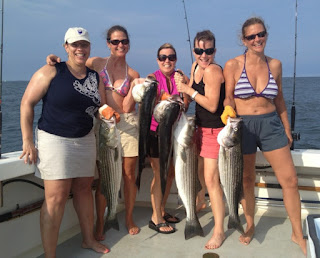 Starting May 16 through June 15 fishermen will be able to catch and keep two striped bass from 20 to 28 inches.

Meanwhile, Maryland's trophy season goes on as originally scheduled. We really need to act too. Not just the trophy season, which is bad because it allows the taking of the large spawning fish, but even the regular season, and the matching commercial quota because even the sub-trophy size fish (18-35 inches) is seriously depleted, and won't recover until we have multiple good year classes, and those fish out there get a chance to grow to spawning size.

The Wombat has Rule 5 Monday: #GetWokeGoBroke Edition at the ready.
Posted by Fritz at 7:16 PM