The WaPoo has another long article about Rod Rosenstein, and the Mueller investigation, which is pretty favoerable to Rod, ‘I can land the plane’: How Rosenstein tried to mollify Trump, protect Mueller and save his job

Rod J. Rosenstein, again, was in danger of losing his job. The New York Times had just reported that — in the heated days after James B. Comey was fired as FBI director — the deputy attorney general had suggested wearing a wire to surreptitiously record President Trump. Now Trump, traveling in New York, was on the phone, eager for an explanation.

Rosenstein — who, by one account, had gotten teary-eyed just before the call in a meeting with Trump’s chief of staff — sought to defuse the volatile situation and assure the president he was on his team, according to people familiar with matter. He criticized the Times report, published in late September, and blamed it on former deputy FBI director Andrew McCabe, whose recollections formed its basis. Then he talked about special counsel Robert S. Mueller III’s investigation of Russia’s interference in the 2016 election and told the president he would make sure Trump was treated fairly, people familiar with the conversation said.

“I give the investigation credibility,” Rosenstein said, according to an administration official with knowledge of what was said during the call. “I can land the plane.” 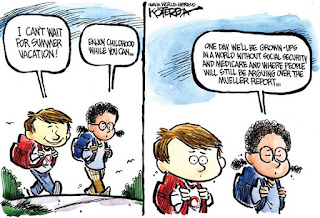 And he did. It wasn't a pretty landing, and pieces fell off the plane all the way down, and they still haven't cleaned up the mess and figured out what went wrong, but he did land it. The jury is still out on Rod in my mind. Not in this one, Jay Lafimer at AmThink, Did Mueller jump or was he pushed?


Mueller and his team of rabid anti-Trumpers had every incentive to keep going indefinitely.  The very existence of the Mueller investigation cast a cloud over the Trump presidency.  Like every other effort from the #NeverTrump Swamp, they were seeking to hamstring Trump at every turn.  Having an ongoing investigation was a valuable weapon in the anti-Trump arsenal.  Why give it up?

The idea that Mueller somehow ran out of things to investigate doesn't hold water.  Mueller and his team knew over a year ago (if not on day one) that there was no Trump/Russia connection.  Mueller could have continued to chum the water by looking into Trump's finances or picked a few other minor players on the Trump team to harass and torture with nighttime SWAT team raids and long stints in solitary confinement.  They spent the last year doing just that.

And crucially, keeping the Mueller Investigation open gave the Swamp denizens in the FBI and CIA a legal rationale to deny access to documents that would uncover their spying on the Trump campaign.  As long as Mueller was working, all those pesky requests from congressional investigators like Devin Nunes could be stonewalled.  The Mueller investigation was the best defense that Swampgate had.
. . .
No, there was some other reason.  My guess is the Horowitz Report.  This may be wishful thinking, but there are whispers that the Horowitz Report will be a very damning document, finally revealing the details of Swampgate — how the Obama administration weaponized the FBI, the CIA, and other intelligence agencies to spy on the Trump campaign and undermine the Trump Presidency with a made-up Russia narrative.

If so, the Horowitz Report would destroy Mueller's credibility and that of the Russia investigation once and for all.  And knowing it was about to drop would give Mueller every incentive to finish up his own report and get it out fast before the proverbial s--- hit the fan.  Realizing his time is now limited, Mueller raced to publish his report now, while still unsullied by other charges.

Byron York, WaEx, When did Mueller know there was no collusion? At some point, the Mueller investigation seems to have morphed into an attempt to goad Trump into an overt act of obstruction. And Rosenstein was, at least nominally, his boss. Sundance at CTH, Rosenstein, Wray, NYT and WaPo Remind Everyone Devastating Impact of 2016 Russian Interference… Sundance has a list of potential avenues for investigation. Democrats would not be thrilled.

Via The Stream,  BREAKING NEWS: FISA Court Says FBI Lied to Them, Illegally Spied. I hope this is for real. I've been wondering if we'd ever hear from the FISA court about their being gas lighted by the FBI/DOJ.


According to diGenova, and here is the tremendous breaking news: The FISA court has been looking into abuses of the FISA system and has communicated with the Justice Department about its findings. Their chief judge has already determined that for more than four years before the election of Donald Trump, there was an illegal spying operation (yes, spying — and, yes, illegal) going on by four FBI contractors to break the law to steal personal electronic information about American citizens and to use it against the Republican Party.

It might be good to go back and read that last sentence again, slowly, and let it sink in.


Deputy Attorney General Rod Rosenstein replaced Attorney General Jeff Sessions on all oversight of matters relating to “Russian collusion” on the theory that, unlike Sessions, the Obama-era Justice Department official was nonpartisan, not conflicted, and thus could decide whether to appoint a special counsel, and, if so, whom.

Yet Rosenstein himself had himself signed one of the FISA warrant extensions that continued surveillance of former Trump campaign Carter Page, a fact of some importance to Special Counsel Robert Mueller’s subsequent investigation. Rosenstein, in fact, appointed Mueller, who was a longtime associate who had worked with him on prior investigations. Rosenstein had also drafted the memo justifying Trump’s firing of FBI Director James Comey, which directly led to Mueller’s appointment.

Rosenstein would then meet with Comey’s replacement, acting FBI Director Andrew McCabe, allegedly, to discuss the possibility of removing the elected President Trump on grounds under the 25th Amendment that he was mentally unfit. Rosenstein’s angst, apparently, arose because Trump had taken Rosenstein’s own advice to fire Comey, which had in turn prompted McCabe to launch new investigations, which Rosenstein, again apparently, then sort of joined—in theory then to investigate in circular fashion himself?

Grouchy Old Cripple, Ronsday – Collusion Delusion At least I think he's talking about Rosenstein: "Please Ron don’t give them any good advice. We don’t want them to come to their senses. We want the American people to see just how wacko the Dims are." Power Line, Who Was Colluding With Whom?

Insty, DO TELL: Michael Isikoff: Media Should Have Had ‘More Skepticism’ About Steele Dossier.


“We knew that Steele compiled it, but that Steele did not hear these allegations himself. Somebody else heard them from others and then passed them along. That’s third-hand stuff, which is not usually the kind you want for publishing.” Unless you’re desperate to run anything negative about Trump. This is the picture of reckless disregard.

In this morning's WaPoo, "head" fact check Glenn Kessler writes what he purports to be  What the Steele dossier said vs. what the Mueller report said


Defenders of the dossier say its overall message — that Russia wanted to help Trump win the election, in part to sow discord in the United States — has been validated by the Mueller report. Detractors say many of the details have been proved false or remain unverified.

In other words, "fake but accurate" is close enough. WaPoo also reports YouTube recommended a Russian media site thousands of times for analysis of Mueller’s report, a watchdog group says.

Sundance at CTH, Vice-President Mike Pence: “This is an outrage” On Claims of FBI Considering Seeding Spies to His Staff… But don't you dare call it spying. Fox, Joseph diGenova and Victoria Toensing: J'accuse: Donald Trump is Alfred Dreyfus. "It took Dreyfus 12 years to get exoneration and an apology from the French government. How long will it take Donald Trump?"

Understand the objection to Trump saying "enemy of the people." But why is it then OK to blithely call someone a "collaborator." Seems similarly loaded. https://t.co/HsV1MLOTMM
— Mickey Kaus (@kausmickey) April 26, 2019 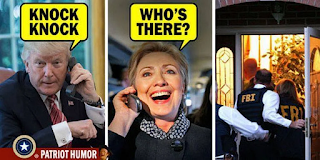 PJ Media, Former Obama Advisor: Investigating Origins of Russia Probe 'Waste of Time,' 'They Will Find Nothing' But think of all the fun we can have probing you for a couple of years!

Da Caller, Brennan Says He’s ‘Absolutely’ Willing To Testify To Congress To Rebut Trump’s ‘Coup’ Claims  RCP, John Brennan: Trump's Accusations About Attempted CIA Coup Are "Sociopathic Ramblings" and Flopping Aces' Dr. John, John Brennan “absolutely willing” to lie about his coup attempt to depose Trump. Why not; he's done it before and got away with it. Dr. John also compares James Comey with Lori Loughlin. At least Lori's ignorance of the law is plausible. And she's still kind cute, that's worth something.


WaPoo, Maria Butina, Russian who conspired to infiltrate conservative U.S. political groups, sentenced to 18 months. With credit for time already served, and immediate deportation upon release. It's interesting that it took Mueller to start to enforce FARA:


Butina, 30, pleaded guilty in December to conspiring with a senior Russian official to access the National Rifle Association and other groups without registering with the U.S. Justice Department from 2015 until she was arrested and detained in July.

U.S. District Judge Tanya S. Chutkan of the District of Columbia credited Butina with the more than nine months she already has served in jail and granted a request to expedite her deportation after she completes her sentence. 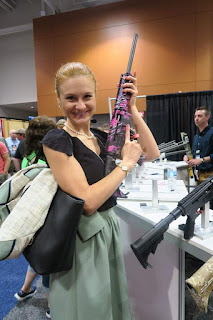 Butina’s networking efforts, facilitation of a visit to Russia by NRA leaders and other actions “were all used to establish back channel lines of communication to advance Russian interests. The conduct was sophisticated and penetrated deep into political organizations,” Chutkan said.

While possibly legal otherwise, it was because Butina failed to register with the U.S. attorney general that her actions “were so dangerous and constituted a threat to our democracy,” by denying U.S. authorities and targeted groups the opportunity to respond “at a time when the Russian government was working to interfere in and affect the American electoral process,” the judge said.
. . .
Butina admitted to working as an undeclared agent of a foreign government, but she did not admit to and was not charged with espionage.

Yeah, maybe, but I think it was an attempt to smear the NRA, and show that the Mueller team really cared about Russia and not just getting Trump. It's sad that we're resorting to show trials.
Posted by Fritz at 9:22 AM