Fat Boy and Friend Whine About Being Jilted at Nerd Prom 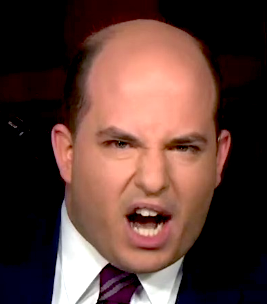 
You may have never heard of this thing called “CNN,” an obscure cable TV network with lower ratings than the Food Network. Anyway, Jake Tapper and Brian Stelter are employees of CNN, and they are unhappy because the President of the United States doesn’t like their annual party: 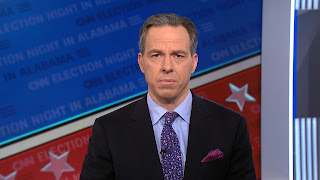 White House press secretary Sarah Sanders also previously told CNN she would not be attending the dinner, instead traveling to the Trump rally with the President.
Sanders had attended the two previous dinners under the Trump administration. Last year, she was infamously roasted by comedian Michelle Wolf while sitting at the head table on stage.
Afterward, while commentators debated whether the performance was too mean-spirited, Trump said Wolf “bombed” and set her up as a symbol of Hollywood elitism, someone for his base to oppose.

Last year’s so-called “roast” was (a) grossly insulting and (b) not funny. Anyway, Ace of Spades points out that Tapper and Stelter falsely claim the purpose of the White House Corresponsdents’ Association dinner (a/k/a “nerd prom”) is to raise money for journalism scholarships. In fact, the percentage of proceeds going to fund scholarships has declined sharply, from nearly 60 percent in 2009 to less than 13 percent in 2016. So the lying liars at CNN are, you guessed it, lying again.

Somehow the media think it is entitled to have the Trump administration come and sit in their personal dunking booth.
Posted by Fritz at 9:16 AM