Forgive the obvious pun. The Mueller Report, as redacted by AG William Bar and DAG Rod Rosenstein, is set to be released today at 11 AM, with a press conference with AG Barr at 9:30. We'll see. WaPoo, Mueller report will be lightly redacted, revealing detailed look at obstruction of justice investigation.

The report — the general outlines of which the Justice Department has briefed the White House on — will reveal that Mueller decided he could not come to a conclusion on the question of obstruction because it was difficult to determine Trump’s intent and because some of his actions could be interpreted innocently, these people said. But it will offer a detailed blow-by-blow of the president’s alleged conduct — analyzing tweets, private threats and other episodes at the center of Mueller’s inquiry, they added.

Attorney General William P. Barr plans to hold a 9:30 a.m. news conference to address “process questions” and provide an “overview of the report,” a senior Justice Department official said. The report will be delivered on discs to Capitol Hill between 11 a.m. and noon and posted on the special counsel’s website thereafter, the official said.

Those who spoke to The Washington Post for this report did so on the condition of anonymity, citing the matter’s supreme sensitivity.

Thursday’s rollout plan — and news of the White House’s advance briefing, which was first reported by ABC News and the New York Times — sparked a political firestorm Wednesday, with Democrats suggesting the attorney general was trying to improperly color Mueller’s findings before the public could read them.

Rep. Jerrold Nadler (D-N.Y.), chairman of the House Judiciary Committee, said at a news conference that Barr “appears to be waging a media campaign on behalf of President Trump” and had “taken unprecedented steps to spin Mueller’s nearly two-year investigation.” He said after his committee had time to review the redacted report, he would ask Mueller and other members of his team to testify before Congress. 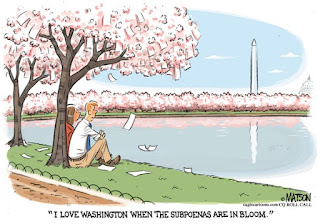 Legal Insurrection On your mark. Get set. Mueller Report! "The mainstream media headlines are already written: BREAKING — MUELLER REPORT REVEALS KEY DETAILS LEFT OUT OF BARR SUMMARY." John Sexton at Hot Air, Democrats Outraged! AG Barr Will Hold A Press Conference Before The Mueller Report Is Released (Update).  From Da Beast, Here’s How the House Can Finally Nail Trump. At least they're open about their intentions. WaPoo, Key members of Congress will get more complete version of the Mueller report than the public, prosecutors tell judge. I'd like to believe they can be trusted.

When you hear people criticizing Attorney General Barr, check and see how they reacted to Michael Avenatti. That will give you an idea how seriously to take them as judges of lawyers and the law.
— Brit Hume (@brithume) April 16, 2019


They gotta be outraged about something. The New Neo is Anticipating the Mueller report


The fuller Mueller report is supposed to be released on Thursday. It’s a no-brainer to say the Democrats will react as though it indicates Trump was guilty of obstruction at the least and perhaps more, no matter what it actually says. The longer version will give them ample opportunity to nitpick over each word and phrase.

NEW: Justice Department officials had "numerous discussions" with the White House about the Mueller report before its release. https://t.co/v3vDWsLGJ7
— Caroline Orr (@RVAwonk) April 17, 2019

White House braces for Mueller report as obstruction questions linger "Only a ‘bombshell’ would dramatically change public opinion, expert says".  WaPoo Anaylsis, Lawmakers intent on sticking to script, no matter what Mueller report says.  Ann Althouse echos Instapundit with "I'm just going to get ahead of the spin and announce that the Mueller report supports everything I already thought." Yeah, opinions are pretty well gelled.


Everyone in Washington says that they want as much transparency from the Mueller report as possible. At least a handful wouldn’t mind seeing a bit less, according to NBC. A few White House officials who came into contact with special-counsel investigators don’t want to find their names in the index or attached to anything that makes Donald Trump look bad.

Danial Chaitin at WaEx, Devin Nunes looking for 'some type of setup' in 3 areas of Mueller's report featuring the Mysterious Mr. Mifsud.


"The first is involved with Gen. Flynn," Nunes said. "Gen. Flynn was supposedly entrapped, was meeting with a Russian woman. I want to know what really happened there because we are just now finding out about this and we need a lot more information on what really was general Flynn doing. It's a big deal if somebody within our intelligence agencies were accusing a three star general of having some type of Russian fling. It's serious stuff. I want to get to the bottom of that."
. . .
"The second big question is Joseph Mifsud," Nunes continued, referring to the man who told former Trump campaign adviser George Papadopoulos the Russians had thousands of Hillary Clinton's emails. ."Joseph Mifsud is how this whole investigation started," Nunes said. "Mueller describes him as some type of Russian asset of some kind. If Joseph Mifsud was a Russian asset, we've got big problems with our British and Italian allies because he seems to be pictured with every British and Italian person that we know of. That is something that we also want to know about. And Mifsud was the guy who set up Papadopoulos."
. . .
The third key area of interest, Nunes said, is the Trump Tower meeting between members of Trump's inner circle, including his son Donald Trump Jr. and Natalia Veselnitskaya, an attorney with ties to the Kremlin who had predicated the meetup with the promise of dirt on Clinton. Nunes said opposition research firm Fusion GPS had very suspicious activity surrounding the June 2016 meeting. "When you hear the Democrats talk about that there's 'evidence in plain sight,' the Russians that are involved in the infamous Trump Tower meeting in New York, I call them the Fusion GPS Russians," Nunes said. "Fusion GPS was the company that was working for the Clinton campaign and the Democrats and somehow Glenn Simpson meets with them before and after and he's actually, these are Russians he's doing work for? I mean come on. If Mueller can't get to the bottom of this and answer this for the American people, I don't know what the report was really worth."

Via The Wombat's In The Mailbox: 04.16.19, Mary Katharine Ham explains the difference between spying and surveillance to CNN panel.

AP, Trump says Russia probe ‘con job,’ as fuller report looms and boy, are they pissed! Sundance at CTH, Jim Jordan Questions Coordinated Anti-Trump Effort of Cummings, Schiff and Waters… as he should. Nice Deb at PJ Media, Trump Calls Out 'Dirty Cops' at FBI Who Made 11 Payments to Christopher Steele. So the FBI paid a foreigner to interfere in US elections. Just remember that.

Wow! FBI made 11 payments to Fake Dossier’s discredited author, Trump hater Christopher Steele. @OANN @JudicialWatch The Witch Hunt has been a total fraud on your President and the American people! It was brought to you by Dirty Cops, Crooked Hillary and the DNC.
— Donald J. Trump (@realDonaldTrump) April 17, 2019


No doubt the usual suspects would consider this more "obstruction of justice". Ace points out A Plurality of Americans Accept that the FBI "Spied" on Trump


Despite the media's shrieking that spying is not spying when Democrat partisans do it, only 28% of the public say there was no spying.

But here's a worse way to put it: Only 38% of Americans agree that reality is real.

Mollie Hemingway, definitely one of the good gals, No, Joe Scarborough, Spying On Trump Wasn’t Done ‘By The Book’ and details some of the problems with that statement, all of which should be known to those who wade through these posts.


One more thing about the phrase “by the book.” I can’t be the only person to notice that the phrase is the same one used by Susan Rice in a curious email she sent to herself on the date Trump was inaugurated. The email was about a January 5 meeting between President Obama, former FBI director Comey, and former deputy attorney general Sally Yates regarding Russian interference in the 2016 presidential election.

“President Obama began the conversation by stressing his continued commitment to ensuring that every aspect of this issue is handled by the Intelligence and law enforcement communities ‘by the book’. The President stressed that he is not asking about, initiating or instructing anything from a law enforcement perspective. He reiterated that our law enforcement team needs to proceed as it normally would by the book.”

As senators Chuck Grassley of Iowa and Lindsay Graham of South Carolina wrote more than a year ago, “It strikes us as odd that, among your activities in the final moments on the final day of the Obama administration, you would feel the need to send yourself such an unusual email purporting to document a conversation involving President Obama and his interactions with the FBI regarding the Trump/Russia investigation. In addition, despite your claim that President Obama repeatedly told Mr. Comey to proceed ‘by the book,’ substantial questions have arisen about whether officials at the FBI, as well as at the Justice Department and the State Department, actually did proceed ‘by the book.’”

From Adam Mill, AmGreat, How the Cohen-Prague Story Helped Expose the Collusion Hoax. Now, just try to believe the rest of it. 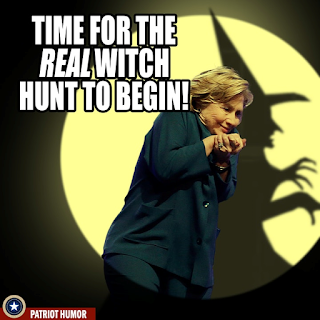 Da Caller, GOP Senators Really Want To See A ‘Highly Classified’ FBI Memo About The Hillary Clinton Investigation. Good Luck with that. I mean it. Sundance identifies another player in the cover ups, The DOJ and FBI Influence of Dana Boente…

Reading through the Politico story, it seems pretty clear the author is in touch with sources close to Steele. As a result, the piece reads a bit like a pre-buttal made of future Democratic talking points.


The FBI began receiving Steele’s Trump-Russia memos directly. But the bureau cooled on the relationship after learning that Steele had described his Trump campaign research to reporters. (Two sources familiar with Steele’s actions insist that his research technically belonged to his clients, Fusion GPS and the Democratic National Committee, not to the FBI—so he had no obligation to keep it secret.)

So you see, he did nothing wrong by personally trying to dump the contents of his unverified dossier into the public sphere before the election.

Steele is apparently prepared to make a public statement in reaction to the report. I’m not sure why that would matter. Democrats will do everything they can to attack it. They have long been desperate to downplay any criticism of the investigation into Trump. Steele’s addition will be a fly buzzing in a hurricane of recriminations. At most, it will provide an excuse for his defenders to make arguments they would have made anyway.

Well, it's going to be an interesting day one way or the other.
Posted by Fritz at 9:03 AM