Down in Belize, I asked Ken, the fishing guide about Belize politics, and he told me something that I'd never heard of before. It seems that Guatemala has a claim against Belize for approximately half of it's southern extent, and is pressing for a settlement. You can find a rather extensive treatment of the issue at Wikipedia (with the usual caveats) Belizean–Guatemalan territorial dispute. The origins of the dispute date back to the original settling of the area by Europeans, Spanish in Guatemala and English in parts of Belize, which became British Honduras, before gaining independence from Britain in 1981 to become Belize:

The present dispute originates with imperial Spain's claim to all New World territories west of the line established in the Treaty of Tordesillas in 1494. England, like other powers of the late 15th century, did not recognize the treaty that divided the world between Spain and Portugal. After Mayan Indian tribes had massacred Spanish conquistadors and missionaries inTipu and surrounding areas, shipwrecked English seamen, then English and Scottish Baymen, settled by 1638, making their presence permanent by 1779, with a short military alliance with Amerindians from the Mosquito Coast south of Belize, and often welcoming former British privateers. 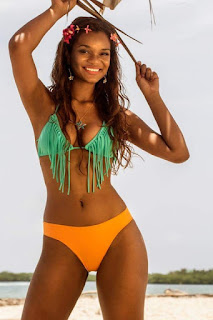 In the Godolphin Treaty of 1670, Spain confirmed England was to hold all territories in the Western Hemisphere that it had already settled; however, the treaty did not define what areas were settled, and despite the historic evidence that England occupied Belize when they signed the Godolphin Treaty, Spain later used this vagueness to maintain its claim on the entirety of Belize. Meanwhile, by the 18th century, the Baymen and Mayans increasingly became enemies, as the Mayans reverted to their traditional hostility to foreign settlers, although they continued to sell slaves to the Baymen.

Without recognition of either the British or Spanish governments, the Baymen in Belize started electing magistrates as early as 1738. After the Treaty of Paris and with the following conditions re-affirmed in the 1783 Treaty of Versailles, Britain agreed to abandon British forts in Belize that protected the Baymen and give Spain sovereignty over the soil, while Spain agreed the Baymen could continue logging wood in present-day Belize. However, the Baymen agreed to none of this, and after the 1783 Treaty of Versailles, the governor of British-controlled Jamaica sent a superintendent to control the settlers, but had his authority denied by the farmers and loggers. 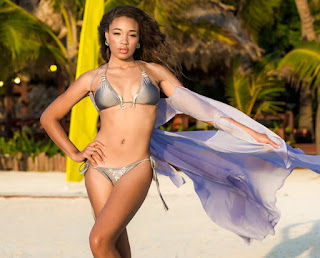 What seems to have been the excuse for the latest warming of the dispute is the promise by Britain in the pre-independence period to build a road:


Under the terms of the Wyke–Aycinena Treaty of 1859, Guatemala agreed to recognize British Honduras, and Great Britain promised to build a road from Guatemala to the nearby Baymen town of Punta Gorda. This treaty was approved by General Rafael Carrera ("supreme and perpetual leader" of Guatemala), and Queen Victoria of Great Britain without regard to the Maya peoples living there. In 1940, Guatemala claimed that the 1859 treaty was void because the British failed to comply with economic assistance provisions found in Clause VII of the Treaty. Belize, once independent, claimed this was not a treaty they were bound by since they did not sign it. Belize further argued that International Court of Justice rulings and principles of international law, such as uti possidetis juris and the right of nations to self-determination, demand that Guatemala honour the boundaries in the 1859 treaty even if Great Britain never built the road as promised. 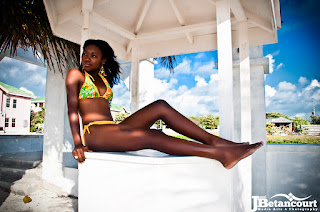 Although, that appears to be largely a pretext:


On 19 October 1999, Said Musa, the Prime Minister of Belize, was made aware that Guatemala wanted to renew its claim. As a new line of reasoning for their claim (instead of basing it on the 1859 treaty), Guatemala asserted that it had inherited Spain's 1494 and 18th century claims on Belize and was owed more than half of Belize's land mass, from the Sibun River south. This claim amounts to 12,272 km2 (4,738 sq mi) of territory, or roughly 53% of the country. The claim includes significant portions of the current Belizean Cayo and Belize Districts, as well as all of the Stann Creek and Toledo Districts, well to the north of the internationally accepted border along the Sarstoon River. The majority of Belizeans are strongly opposed to becoming part of Guatemala. 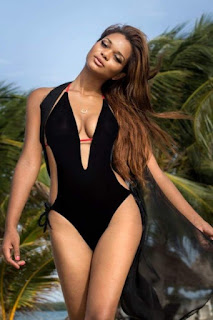 As well they should, since it seems like a significant fraction of Guatemalans want to leave for the US. Anyway, currently, the matter is being handled by plebiscites to determine whether or not the matter will be placed before the International Court of Justice for settling. Guatemala has already held its vote, with a majority voting to take it to the court, while the Belize vote is scheduled for April 10 this year.

Having talked to three Belizeans about the matter (a fishing guide, and two drivers), I find them split on whether the matter should be taken to the court.  No one seems to want to join Guatemala, although the area we were in is not in dispute. But two told me they were in favor of it going to the court, and the third said he and his extended family were opposed. I guess court is better than fighting, but that doesn't seem particularly likely.

When you go to court, there two possible outcomes, and only one of them is good.

The Wombat has Rule 5 Sunday: Satellite Girl and FMJRA 2.0: Let’s Dance up and collecting hits.
Posted by Fritz at 2:56 PM