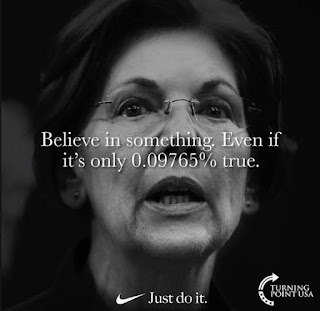 
What America needs to do to spark the economy and restore social justice is subsidize its college graduates and the schools that churned them out. Or so says Elizabeth Warren, who wants to spend $640 billion on debt relief for folks who owe money on student loans, and another $585 billion on free college for all (or mostly free for most) going forward. All paid for by her proposed (and Constitutionally dubious) "wealth tax".

What's to like? Well, as a random wealth redistribution scheme this is impressive. Folks who wrote their final loan payment a year or two ago should not have been so hasty. People who took summer jobs instead of borrowing? They shoulda gone to the beach!

Frankly, fine-tuning this aspect of the "Make It Rain" cash toss would not be difficult: marshal loan and tax records going back ten years ad compensate everyone, including those who sacrificed previously in order to pay their voluntarily undertaken debt.

But there are thoughtful progressives who wonder whether we can find even better uses for the wealth tax jackpot then subsidizing college grads. Here is Mayor Pete in the NY Times:


The idea has been dismissed by some more moderate candidates seeking the Democratic nomination for president, like Senator Amy Klobuchar of Minnesota and Mayor Pete Buttigieg of South Bend, Ind.
“Americans who have a college degree earn more than Americans who don’t,” Mr. Buttigieg said while addressing college students in Boston. “As a progressive, I have a hard time getting my head around the idea of a majority who earn less because they didn’t go to college subsidizing a minority who earn more because they did.” 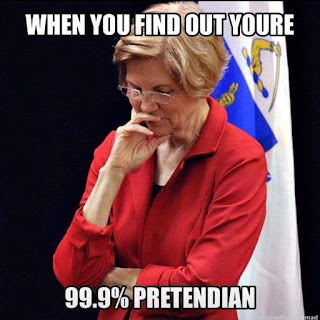 The NY Times found some "conservative and libertarian" think tanks (Manhattan Institute and Cato) making similar points. They missed the left-leaning Urban Institute, as presented by CBNC and on Twitter:


While experts who study student loan debt say widespread forgiveness would boost the economy, some question whether it is the most effective way to stimulate the economy — or the best method to ease the strain on the borrowers who need relief most. Backlash could even come from the political left, as blanket debt relief is expected to benefit people with higher incomes who borrowed more to get advanced degrees.
“I think you also are going to see some concerns from the left that if you are wiping out all the debt, that that would be a pretty regressive thing to do,” said Matthew Chingos, the vice president of education data and policy at the Urban Institute. “And once you look at the numbers, this looks like the Trump tax cuts in terms of who it benefits. So it’s a little hard to be out there saying, well, ‘I’m against tax cuts for the wealthy, but at the same time I want to give this big handout to the wealthy.’”

There are undoubtedly issues with the student debt market. Do let me add - if borrowers take seriously the idea of debt forgiveness in a year or two, they are likely to increase the delinquency rate today. And a particular problem with student debt is experienced by those who borrowed but never completed a degree program. They are not earning the premium associated with a college degree, so repayment is a problem, so a special look at that makes sense. . . .

If you thought that college debt was going to be forgiven in the near future, why on earth would you continue to pay it?
Posted by Fritz at 12:29 PM