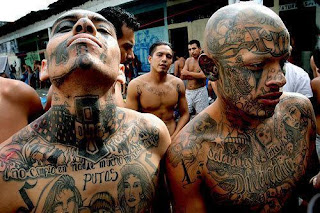 Should President Trump follow through on a proposal to release migrants in U.S. “sanctuary cities,” it would be a major departure from the way federal agencies are handling detainees. It could also be prohibitively costly and make it more difficult to deport migrants once they reach those cities.

The plan — which Trump tweeted Friday is under “strong consideration” — would have the Department of Homeland Security moving migrants from detention centers to cities scattered across the country in vans, buses and airplanes. It would require a massive investment in transportation infrastructure, something that Immigration and Customs Enforcement officials told the White House would be “an unnecessary operational burden.”

It also would mean placing those detainees in cities that limit their cooperation with federal immigration enforcement, meaning it could be very difficult to arrest them again. 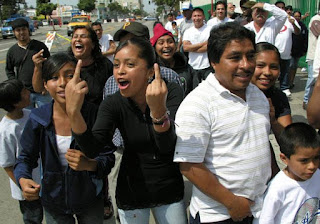 It's already prohibitively difficult to arrest them; there are simply too many, which is why they're being released in the first place and they're too spread out and under cover. As for the cost argument, that's a better one; it would be costly to send them on buses to Nancy Pelosi's district, but sometimes it's worth what you pay for, annoying Democrats by exposing their hypocrisy.


Trump’s proposal, which government officials said is aimed at punishing Democratic strongholds for their positions on immigration policy, calls for sending the detainees to sanctuary cities, where they can live without fear of local authorities reporting them to federal immigration officials. There are hundreds of sanctuary jurisdictions nationwide, ranging from tiny rural counties to New York City and the entire state of California.

The idea, DHS officials said, seemed predicated on the belief that an influx of migrants would be a burden to sanctuary cities. Trump has long maintained that killers, rapists and drug dealers are streaming across the border and that releasing migrants into U.S. society is a security risk. In fact, studies show immigrants are less likely to commit crimes than native-born citizens. 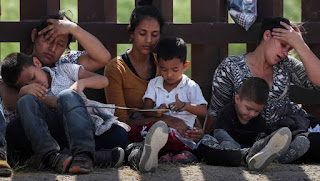 Immigrants as a whole may be less likely to commit crimes than native-born citizens, but why do immigrants constitute 26% of federal inmates when when illegal aliens constitute less than 5% of the population, if you believe the 11 million number. As for the legal objection:


Congress has allocated billions of dollars for this system, and none of it involves transporting immigrants to sanctuary cities — which some say makes the president’s plan illegal.

Ah, it's the old "some say," meaning we don't have much, so we'll rely on unnamed "experts," ourselves, opining as pundits. "Some" people will say anything. If the government, for a variety of reasons, mostly bad, finds itself in a position of having to release illegals in the country, it makes sense to send them somewhere, rather than dumping them in a concentrated mass in the border towns near where they are apprehended? And why not send them some place where they're clearly wanted, someplace willing to pay for their welfare (just please don't ask the Federal government or a Red state to cover the cost). And if they really want the illegal immigrants, maybe the Feds could somehow force the sanctuary cities to pay for the transportation too.
Posted by Fritz at 11:12 AM