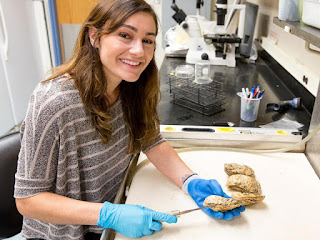 
With Maryland’s watermen urging him to do so, Gov. Larry Hogan on Thursday vetoed legislation that would block any changes to the boundaries of oyster sanctuaries in five Chesapeake Bay tributaries without legislative approval.

“This bill is bad policy, is bad for our watermen, and — worst of all — is bad for the Chesapeake Bay,” Hogan said in a strongly worded veto message to legislative leaders. The governor’s office released five letters urging him to veto the bill, four of them from groups representing watermen. 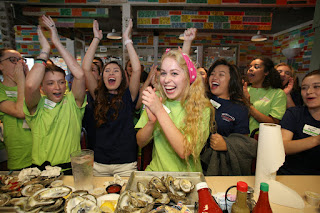 Hogan’s veto is unlikely to stand. The House voted 96 to 43 to override the veto Friday, and the Senate passed the original legislation by a smaller but also veto-proof majority.

The Chesapeake Bay Foundation, which had pushed for the legislation, issued a statement Thursday night calling Hogan’s veto “extremely short-sighted” and urged the Assembly to override it. House Speaker Michael Busch, a chief sponsor of the bill in his chamber, likewise issued a statement taking Hogan to task:

"It’s unfortunate that the Governor vetoed this bipartisan bill to protect Maryland’s oysters," Busch said. "As Governor Hogan loudly lobbies for federal Chesapeake Bay funds, he quietly vetoed legislation that is critical to the health of the Bay."

In his veto message, the governor leveled harsh criticism at the Bay Foundation as well as at legislators who voted for the bill, saying they had undermined his administration’s efforts to forge a consensus over the stewardship of the state’s oyster population. . . . 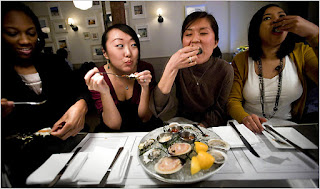 Overall, I think Hogan has been a decent governor, acting as a (slight) brake to the progressive idiocy rampant in Annapolis. However, I disagree strongly with him (and the watermen) on this. Sanctuaries do no good if, once a good number of oysters reach a decent breeding size, watermen are allowed to go in and mine them out.

Even keeping the sanctuaries off limits is still not as radical as Fritz's plan for oyster restoration. Ban fishing on "wild" (non-aquaculture) oysters for 5, or preferably 10 years, without any attempt at man made restoration, to find out if the Eastern Oyster is still capable of thriving in the "new" Chesapeake Bay.

FWIW, I saw good natural settlement of oysters on some structures in Solomons Island last night. So it's not out of the question.

The Wombat has Rule 5 Sunday: Maisie Williams up at the Other McCain.
Posted by Fritz at 5:21 PM