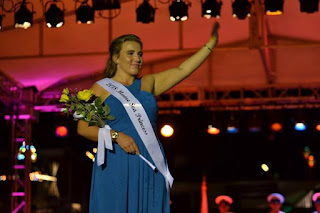 Taylor Hamlin dreamed of winning the Maine Lobster Festival’s prestigious Maine Sea Goddess pageant since she was a little girl, but two social media photos deemed “inappropriate” by competition officials would cause the 18 year old to be stripped of the title just 24 hours after she was crowned.

The problematic pictures in question? Hamlin tells PEOPLE one snapshot shows the teenager with a marijuana cigarette, while another depicted her holding a juuling device (or e-cigarette). 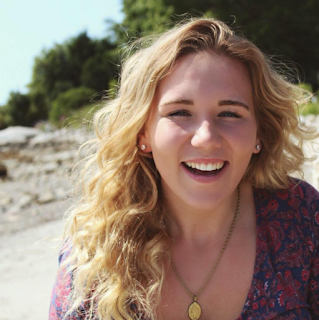 She should be grateful. That dress does nothing for her.

Both surfaced on Wednesday, after Hamlin’s coronation ceremony. By Thursday, the executive board of directors and the coronation committee of the Maine Lobster Festival had made the announcement that Hamlin would no longer represent the 71-year-old celebration, saying the images “were not in keeping with the behavior and image of the Maine Sea Goddess.”

“I was really upset,” Hamlin tells PEOPLE of the decision. “It’s been tough. I never thought that this would happen. They told me it was disgusting and they’re disappointed. The whole thing made me feel really terrible about myself.” 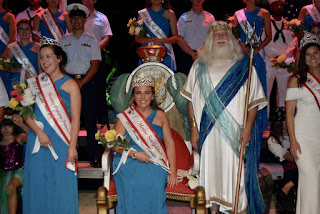 I imagine she can get on with life quite nicely without serving as Maine's Sea Goddess for whatever the term is.


Hamlin says the photo of her with the vape pen was taken after she was 18, making her of legal age. However, the picture of her with marijuana — recreational and medical use of which is legal in Maine for people over 21 — was taken last year when she was underage.

At the time, she posted it to a private Instagram account. “I had deleted it a while ago so someone must have had it and saved it,” recalls Hamlin, who tells PEOPLE she isn’t certain how the photographs came to the attention of the festival. “It’s only my exclusive friends on this private account, so it had to be one of my friends or their parents [who shared it]. It’s frustrating. I don’t know who it is and at this point, and I don’t care.”

Well, that was stupid. Remember the 11th Commandment? (Don't Get Caught!)


Instead, Hamlin says she is bothered by how the festival has approached her exit.

Reps for the festival did not immediately respond to PEOPLE’s request for comment, but in a statement released on Friday, organizers said “Taylor decided to resign her position,” adding that Crown Princess Erin Dugan will assume the Sea Goddess duties.

“We wish all the best to Taylor Hamlin in her future endeavors,” the statement reads in part. “This is a terrible situation for everyone involved. We hope that everyone will enjoy the rest of the festival that over 1,300 volunteers have worked so hard to put on to support our local community and the lobster industry.”

But Hamlin claims she was forced out. “They’re telling everyone that it’s a mutual agreement and that I resigned, and that’s not true,” Hamlin tells PEOPLE. “They didn’t give me an option. They told me, ‘Several of our community members have complained about you.’ I told them, ‘What other choice do I have?’ And the lady shrugged her shoulders and didn’t say anything. She said, ‘I don’t know.’ ”

Alright, they were wrong to dismiss her, but she was stupid to do the pot, and very much stupider for putting it on Instagram. I hope she's learned at least that.
Posted by Fritz at 7:46 PM