Aunt Becky is Headed to the Big House 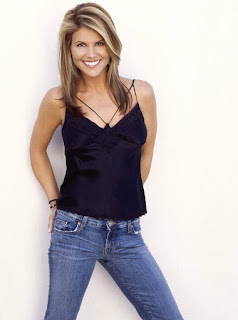 Or maybe just her own house for an extended stay, thanks to the WuFlu. Over at Patterico's, JVW stopped the never-Trump nonsense long enough to give us an update on Lori Loughlin, and his opinions: Gorgeous Actress and Husband Throw in the Towel


Lori Loughlin, who first captured my aching teenage heart in the 1985 comedy Secret Admirer (with C. Thomas Howell and Kelly Preston, the future Mrs. John Travolta), has ended her battle against the Justice Department: 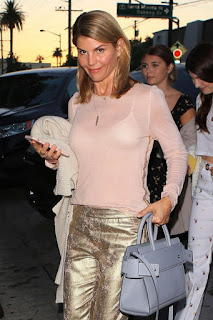 Gorgeous? That might be overstating it, but she does manage to maintain teenage cuteness well past it's usual expiration date. Now her daughter, Jade? She might be gorgeous.


This is of course an outgrowth of the “Varsity Blues” scandal in which wealthy and connected parents undertook a variety of underhanded methods to land their children spots in selective universities. Both Patterico and Dana have covered the story since it first broke last spring. The Loughlin/Giannulli duo will be the twenty-third and twenty-fourth defendants to plead guilty in this matter. They had intended to argue that they were assured the money they had paid counted as legitimate donations to charitable causes. But two weeks ago the judge rejected a pre-trial motion seeking to suppress evidence based upon alleged government misconduct, and Ms. Loughlin and Mr. Giannulli thus faced an uphill battle to win acquittal in the jury trial that was scheduled to begin this coming fall.

I still think that the government wasted resources and time chasing these parents and threatening them with jail time, especially in light of the fact that we are currently emptying our cells due to social justice concerns, budgetary reasons, and the COVID-19 virus. The fact that the Loughlin/Giannulli duo will serve their sentences at worst in tennis prison or, more likely, in home confinement doesn’t change my mind. I’ve been consistent in my belief that private universities should only be accountable to their faculty, students, and alumnae/i with respect to the composition of each freshman class, and if they choose to fill it with legacy admits, athletes & artists, or the children of the well-connected then that is entirely their business. If a student lies and/or cheats to gain admission, that is between the student and the institution and not a matter of concern for the federal government. Turning this into a matter of wire and mail fraud strikes me as overreach, though I concede that I have lost the battle where this case is concerned. 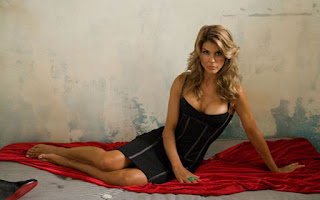 I agree that this prosecution was a waste of time better spent investigating other shenanigans going on at the FBI (not that they had any intentions of doing anything about that) and that it should have been a matter between the University and the parents.  I was always a little suspicious that the FBI was trying to do something visible to get back in the good graces of the American public.

Some observed that although Lori and her husband didn't yield as quickly to DOJ pressure to plead guilty as others caught up in the scam, and in fact, spent a larger bride to the coach, their sentences were very similar. One wonders if their threat to reveal FBI malfeasance in the production of in the production of exculpatory material, suggesting the FBI tried to hide the fact that the parents may well have been under the delusion that they were actually contributing to the university, and not just to the coach may have played some minor role in that.

Previous posts on the subjects.

Today's Hollywood Lowlights, A Mother's Love, Well, She Has a Point, Aunt Becky Headed to the Big House? and What Did Olivia Jade Know and When Did She Know It?

The Wombat has Rule 5 Sunday: Kayleigh “Honey Badger” McEnany up on time and within budget at The Other McCain.