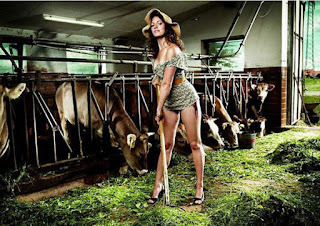 In Jason Rice's Albany Township dairy barn, a spray of cool water and breeze of a fan keep cows cool when temperatures rise.

Cows enter heat stress at about 75 degrees, depending on the humidity, he said. It is now the industry standard to use that evaporation process to pull the heat off the cows.  “We spend quite a bit on what is called cow comfort,” Rice said.

The next few decades could hold more hot days for farms like Rice's. A new state report describes a warmer and wetter climate for Pennsylvania and says it might mean fewer dairy cows and many more chickens in Berks County. 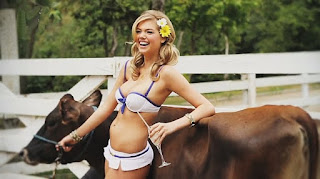 75 degrees sounds awfully low, that's about where I start getting comfortable. Certainly plenty of cows live in areas where temperatures routinely exceed 75.


As temperatures and rainfall increase, the state could see changes in farming and infrastructure that might adversely impact water quality, the report also stated. The report maps out impacts of climate trends over the next 30 years. The goal is to help communities and businesses plan for changes.

Rice is committed to dairy farming in Berks and is not planning to change from milking cows. "There is still a demand for dairy products in Pennsylvania," Rice said. "If the weather gets warmer, people will enjoy ice cream that much greater." 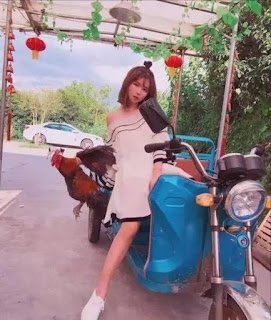 
With 2000 as a baseline, it’s projected that by midcentury every county will continue to get warmer and wetter, with average rainfall and extreme precipitation continuing to increase 8% to 12%, particularly in winter and spring, while average temperature rises nearly 5 degrees.

Berks’ poultry inventory could increase by 152%, according to the report. Researchers base that on a comparison with livestock and climate data from counties across the U.S. where current temperatures are what’s projected for Pennsylvania in the future.

The report predicts even greater increases in poultry for Schuylkill, Delaware, Lancaster, Montgomery and Chester counties. . . .

These projections sound like utter bullshit, based on climate projections that consistently run hot. I predict that the amount of dairy cows versus chicken will be almost totally determined by the demand, and relative profitability of the two products, and farmers will find a way to adapt to any slight changes in the weather.
Posted by Fritz at 5:51 PM