Russiagate from the Quarantine

Whew, quite a mess of it today. Well worth wasting a free view on, this info graphic from ET certainly shows why it's so hard to keep all the Russiagate crap in mind. Matt Margolis at PJ Media, Transcripts Prove Trump-Russia Investigation 'Was All Phony the Whole Time' Says Devin Nunes but at Da Fed, Tristan Justice finds CNN’s Brian Stelter Melting Down Over Conservative Media Exposing Russiagate Conspiracies, so you know he's making progress.

Sebastian Gorka at AmGreat, General Flynn, Team Obama, and You, "Justice for the president’s former national security adviser may finally be possible. But how do we make sure such prosecutorial abuses don’t happen again?" I&I, Where Does Lt. Gen. Flynn Go To Get His Reputation Back? Comey, McCabe, Strzok and Page's pocket books would be a good start. I know, sovereign immunity protects govt workers, but only when they act in good faith. They clearly did not. Jim Fanel at PJ, The Real Reason for Flynn's First Firing, Basically the same as Andy McCarthy, to protect the intel community:


When President Trump was elected, General Flynn posed an existential threat to the secret mandarins of the USIC. Americans had a sense that the federal government had spun out of control, and General Flynn as national security advisor would help President Trump end the corruption and rebuild the IC.

John Sexton at Hot Air cites Jonathon Turley, "The Logan Act Is The Last Refuge Of Scoundrels" and from Breitbart, Giuliani: What Comey, Brennan Orchestrated ‘as Close to Treason as You Can Get’,

You know there’s a Republican in the White House when his predecessor’s FBI is caught setting up his NSA to get to POTUS & undo an election, and MSM is moving on with a bear in a swimming pool.
— Razor (@hale_razor) May 11, 2020

Matt Vespa at Town Hall takes on Sally Yates, Flashback: Did She Blackmail Trump? Let's Rehash Another Key Player's Antics in the Flynn Fiasco. Sidney Powell On General Flynn’s Case: “The Whole Thing Was Orchestrated & Set-Up With FBI, Clapper, Brennan & … Obama”, pretty much the same as trying to overthrow the country with a bloodless coup.

Which is a pretty good segue to a section on the growing evidence that Obama was directing this coup from behind the curtains. Julie Kelly at AmGreat, Is Obama’s Long History of Playing Dirty Finally Catching Up With Him? One can only hope. Matt Margolis again, Barack Obama is Worried About Something, That Is Obvious. At Da Fed, Margot Cleveland has a rhetorical question, Why Did Obama Tell The FBI To Hide Its Activities From The Trump Administration? and Sean Davis wonders Did James Clapper Lie To Congress About Briefing Obama On Flynn’s Phone Calls?. Since when did James Clapper need an excuse to lie?

Liz Vaughn at Red State, ¡Obamagate! Is Coming Soon to a Theatre Near You, Stephen Kruiser at PJ, The Morning Briefing: 'OBAMAGATE!' Monday Edition. Daniel Greenfield at Front Page, Obamagate: President Trump Goes After Obama "The treasonous investigators and their instigator become the investigated." Sundance at CTH, Jordan and Biggs Tear The Bark Off Trey Gowdy, Culpable Republicans and #Obamagate …. I like Gowdy, but his sympathy for fellow prosecutors goes a little far sometimes.

Sundance, Tucker Carlson Calls Out (Softly) Trey Gowdy For His Prior Defenses of Mueller and Comey…


“Everything” might include several officials in the highest levels of the previous administration, including the highest — Barack Obama. The former president has gotten more public than usual in making his feelings known on this issue with the DoJ, claiming that the rule of law is “at risk” with the withdrawal of the Flynn case. Obama didn’t note that he might have a vested interest in discouraging a look into the origins of that probe, but Andy McCarthy points that conflict of interest at National Review: 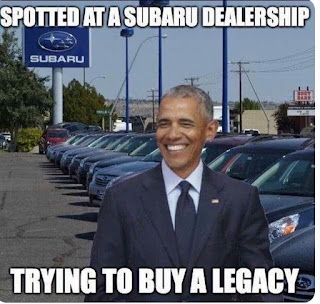 
Meanwhile, researcher TechnoFog thinks that the Flynn phone call was leaked to the Washington Post's Adam Entous first, and only later shopped to David Ignatius when Entous refused to write an article on it. (He reasoned that the incoming NSA should be talking to the Russian ambassador, and didn't understand why his sources were attempting to scandalizing it.)

There seems to be a suggestion here that only Sally Yates, or a handpicked minion could have leaked the call at this time, and accurately described "Sally Yates' thinking."

And on Todd Gate, Ace, Chuck Todd Deliberately Falsifies Barr Quote, Then Rape-Friendly NBC Claims It Was "Inadvertent" and an "Error"  Capt. Ed Trump To “Concast”: Fire Chuck Todd Over Barr Interview “Fraud”; NBC Admits “Error” because, as EBL puts it, Chuck Todd is a Lying Crapweasel. Being reasonable, from Reason, Meet the Press Mangles a William Barr Quote to Make Him Look Awful, and It Backfires

And the saga of the transcripts continues. Chuck Ross from Da Caller, Gowdy Identifies Reporters Who Allegedly Peddled Misleading Adam Schiff Leaks. A pack of lying crapweasels. From the Morning Rant Ape at Aces,


Well looky here, folks, they just declassified a bunch of closed-door testimony before the House regarding the Russian collusion hoax, and guess what?

I know you'll all shocked at this, but a bunch of former Obama admin officials were asked if they had seen any evidence that proved the Russians interfered with the 2016 election on Trump's behalf:

Susan Rice: "I don't recall... evidence to that effect."

Andrew McCabe: "We have not been able to prove the accuracy [of the Steele Dossier."

Everyln Farkas: "I didn't know anything." (she's running for Congress, by the way)

Remember these are the the officials who loudly proclaimed on CNN, MSNBC and other Democrat-friendly media outlets that they had *definite proof* that Trump was canoodling with Russian oligarchs, Vladimir Putin, or both. And this was in addition to getting peed on by Russian hookers.
This has been their incessant drumbeat for the past three years.

Politicians and public-facing government bureaucrats shade the truth and make deliberately misleading statements all the time, but this seems to me to be taking lying to a whole new level. There was a reason why every Republican on the House Intelligence Committee called for Adam Schiff's resignation. He knew full well that the private testimony directly contradicted what they were saying in public. And yet he continued to push the collusion hoax.

(And by the way, the reason Schiff released the transcripts was because DNI Grenell was about to release them, and so he needed to release them first to try to get out in front of the news cycle.)

I hope that after he leaves office in 2024, Donald Trump sets aside about a billion dollars of his own fortune and starts suing these guys. I would like to believe that some of this stuff is so flagrant and so outrageous that it has to be actionable. Of course, the fact that Trump ia a public official kind of muddies the water there, but on the other hand, let them be forced to defend their actions in a court of law.

I suspect Trump isn't going to be all "oh well, let bygones be bygones" once he leaves office. 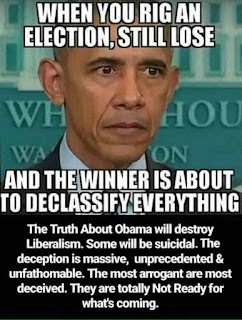 And stay tuned for more from Rick Grenell,  Ace's Quarantine Cafe, Update: Ric Grenell: Declassify and expose all Obama officials involved in "unmasking.". Sundance, Satchel Contents Identified – Grenell Moves to Unmask the Unmaskers… and a long rant in Unmasking 101: ..”You Must Make That Request In Writing” – Grenell Has Declassified, Bill Barr Will Release…. At DaWire, U.S. Officials Have Declassified List Of Obama Officials Who Were Involved In ‘Unmasking’ General Flynn

More on Barr. At Red State, shipwreckedcrew (I assume that's a pseudonym) continues to take on Mary McCord and the Federal Bureau of Purposes — NYT Op-Ed or The Onion? and Insty, DEEP STATE OPERATIVES SELF-IDENTIFY: DOJ Alumni Call on Barr to Resign Over Flynn Charge Dismissal. "Hang on to the list of names."

Ace, Chris Hayes: Why Yes, I Suppose There Is a Conspiratorial Subculture On the Left That Blames Everything on Russia, and I Suppose I've Been a Leader of That Conspiratorial Subculture.
But You Know Who's Really to Blame Here? Russia, and speaking of conspiracy theories, Jack Cashill at AmThink, Seth Rich Refuses to Stay Buried. I'd like to see this murder solved, one way or another.
Posted by Fritz at 10:37 AM