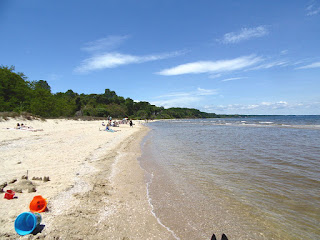 Another awesome day at the beach. Temperatures were in the mid 70s, a little breezy from the north, and the humidity noticeable, but not oppressive.

Do you see Skye's ears? 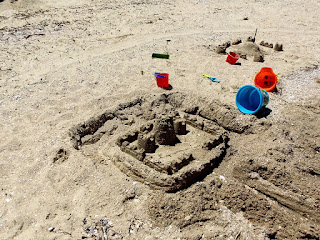 Somebody constructing a Game of Thrones style castle. 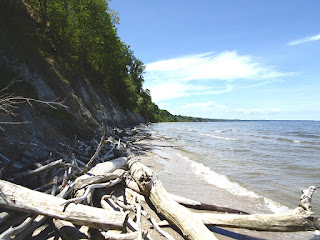 We made it way up the beach, well past the tangle despite the high tide. 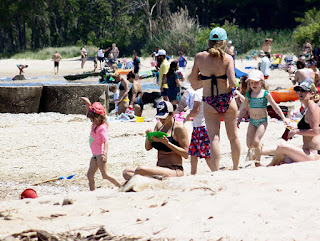 And the message is clearly out that the beach is open. The telephoto makes it look like people are on top of each other, but really, social distances are being observed, for the most part. 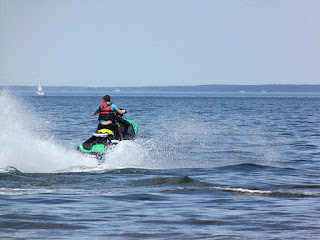 A few people were even out on jet skis. 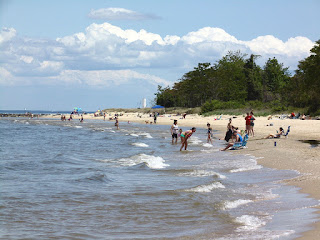 So this is what the crowd was really more like. Plenty of distance between family groups. But I've never seen the beach so well used except maybe a July 4th or a Memorial Day. Clearly there's a lot of pent up demand to get out. 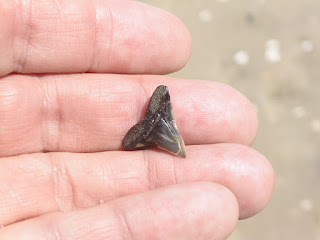 Not a great day fossiling, but I did find this "pathological" Carcharhinus tooth. Something happened during growth that caused it to be almost doubled, like a second tooth is imprinted on the first. Otherwise, not a particularly appealing tooth.
Posted by Fritz at 4:09 PM