Do the Lock Downs Help or Hurt?

A Nobel Laureate is asked. Via Maggie's Farm: Taking a close look at the SARS-Corona numbers. A long, data filled talk:

His conclusions are that the lock downs added very little to the gains caused by moderate social distancing and improved sanitation, and have cause enormous damage to the world's economy.

And how is Maryland looking these days? The epidemic appears to be waning based on hospital beds used: 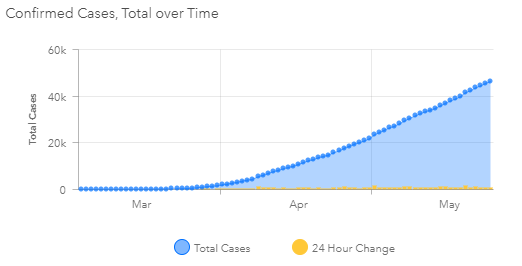 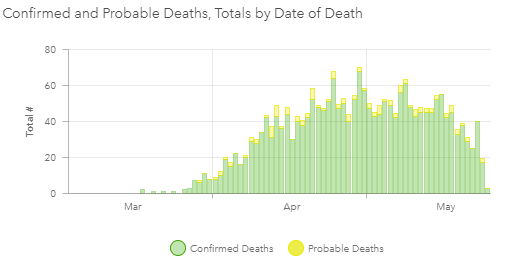 About half, 1131 of the 2162 deaths occurred in nursing homes. Cases and deaths are still concentrated in the urban counties, Montgomery (9922), Prince Georges (13,521) and Balmer (1155), while the very rural counties are largely spared; Garrett County, at the extreme end of Maryland flag, up in the mountains (such as they are) has had 7 cases so far. My own suburban/rural Calvert County has 304, and is increasing at less than 10 per day.

It's past time to open up. Let people keep their own social distancing and sanitation. Let people go back to work if they want.