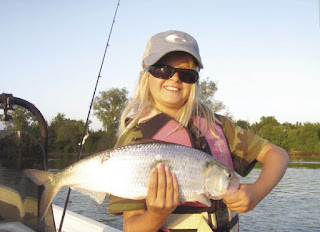 Of course, it's not killing them directly, it's just preventing them from getting up to their spawing grounds and thereby endangering the next generation of the endangered fish. Bay Journal, Shad hatcheries, fish lifts fall victim to coronavirus


By this time in a typical year, the main fish lift at Conowingo Dam would be busy hoisting thousands of fish daily over the 94-foot high barrier, including a dwindling number of American shad and river herring, so they can swim up the Susquehanna River to spawn.

But the lift has been idle so far this spring, another victim of the coronavirus pandemic. Exelon Corp., which owns the hydroelectric facility, suspended fish passage operations just before they were to start.


Not running the fish elevator represents another setback for long-running efforts to bring American shad and river herring populations back from historic low levels in most Chesapeake Bay tributaries.

But it’s not the only, or even the biggest blow to the migratory fish — health concerns also prompted Pennsylvania, Maryland and Delaware to cancel their annual stocking efforts that collectively release millions of hatchery-reared shad into the Susquehanna and other rivers.

“It’s hard to do the work and practice social distancing,” said Josh Tryninewski, a biologist with the Pennsylvania Fish and Boat Commission. 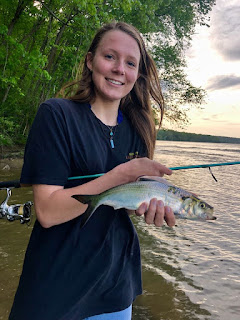 Really? From what I've seen of hatcheries, they have many fish, and very few people, spread well apart.


Exelon spokeswoman Deena O’Brien said the power company decided in late March not to run the two fish lifts at Conowingo to comply with Maryland Gov. Larry Hogan’s executive order that closed all but essential businesses. The dam is located in Maryland, about 10 miles upstream from where the Susquehanna meets the Bay.

The large lift on the east side of the dam normally runs from April 1 through the first week of June and carries migrating fish over the structure so they can reach spawning areas upriver. A much smaller lift on the west side, which is used in part to collect American shad eggs for hatchery stocking upriver, has also been idled.

In response to Hogan’s order, O’Brien said that Exelon had limited access to the dam in late March to only those staff needed to generate electricity. The contractors who normally operate the lift and monitor fish passage were deemed non-essential, she said.

That hasn’t set well with environmentalists. Ted Evgeniadis, the Lower Susquehanna Riverkeeper, said Exelon has been “shirking its responsibility” to help maintain fish populations in the river. He and Betsy Nicholas, executive director of Waterkeepers Chesapeake, contend that the company’s federal license to generate power at Conowingo mandates it to run the lift. 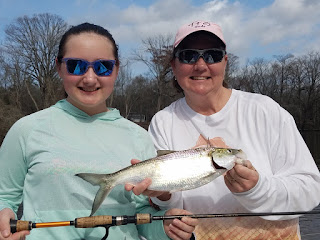 “COVID-19 is not an acceptable excuse to lay off workers who are indeed ‘essential,’” he said, “as these migratory fish must rely on the fish lift at Conowingo Dam … for their survival.”

Mike Parker, spokesman for the Pennsylvania Fish and Boat Commission, said officials in his agency were informed of the lift suspension in late March and chose not to fight it.

“I guess in the big picture human safety was given priority over fish passage this season,” he said. “It’s just an unfortunate result of what’s happening in the world right now. It’s a shame, something no one wanted to see happen.”

Wombat has a grand catch up post, Rule 5 Sunday: Sarah Rose McDaniel at The Other McCain.
Posted by Fritz at 5:43 PM