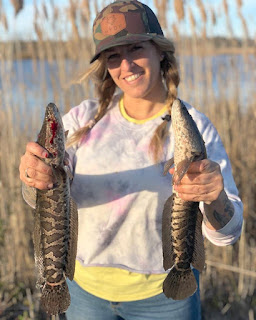 
American shad just couldn’t get a break this spring in their efforts to repopulate the Susquehanna River.

The migratory fish got a late start on their spawning run up the Chesapeake Bay’s largest tributary because the fish lift at Conowingo Dam remained shut down for nearly six weeks out of concern for spreading COVID-19 among workers at the dam.

Then, when the dam’s owner, Exelon Corp., finally figured out a way to run the fish elevator with reduced risk to the workforce, the facility shut down for the rest of the season after less than four days. The staff spotted some unwanted interlopers — northern snakeheads — hitching a ride over the dam with the shad. 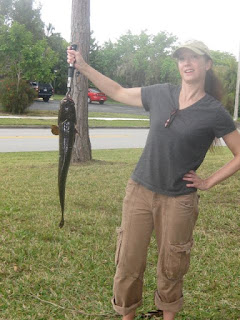 It marked the first time the invasive fish from Asia had been seen in the Susquehanna above Conowingo, which is just 10 miles upriver from the Chesapeake Bay.

“We were directed by the resource agencies to discontinue operations due to the amount of northern snakeheads that were spotted,” Exelon spokesperson Deena O’Brien said.

Only 485 American shad made it over Conowingo via the elevator before it got shut down. That’s barely 10% of the 4,787 lifted over the dam last year, which was itself an all-time low since the lift was installed in 1991.

Lift operators spied a total of 35 snakeheads mixed in among other fish in the lift, according to the Pennsylvania Fish & Boat Commission. They managed to net and remove 14 of them, but 21 eluded capture and swam upriver once hoisted atop the dam.

Sounds to me like it's closing the barn door after the horses escaped.

What will they do when they discover that Bald Eagles and Ospreys occasionally grab Snakeheads below the damn and drop them on the other side by accident?

The Wombat has Rule 5 Sunday: Carol Alt out on time and within budget.