Russiagate on a Fine Friday Morning

Well, at least we're getting some springlike weather for a change. Lot's of ground to cover today. Let's start with the latest in the Flynn trial saga. Neo asks The law, Judge Sullivan, and Michael Flynn: what now?


I don’t know what will happen next in the Flynn case. But I’m thinking perhaps a writ of mandamus . . .


The Fokker court explained that while mandamus is an extraordinary remedy, it is appropriate where the petitioner: (i) has “no other adequate means to attain the relief he desires”; (ii) “show[s] that his right to the writ is ‘clear and indisputable’”; and then “(iii) the court ‘in the exercise of its discretion, must be satisfied that the writ is appropriate under the circumstances.’”… 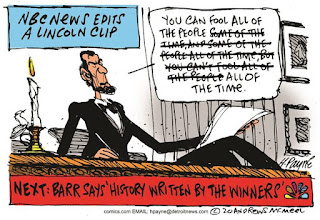 The New Reform Club also has Questions Looking for Answers: Judge Sullivan and General Flynn Just a couple from a list.


Who, if anyone, has oversight over Amicus (Inquisitor) Gleeson? Is it DOJ? Can DOJ assert authority over Gleeson or “his” case, like in a qui tam matter? Does Gleeson take an oath of office to support the Constitution? Is Gleeson subject to the ethical guidance which applies to federal prosecutors or the other policies of the DOJ?

Is Gleeson subject to the Appointments Clause?


Sullivan has been criticized for inviting the intervention of amicus briefs. In a Wall Street Journal op-ed published Wednesday, for example, Harvard Law School professor emeritus Alan Dershowitz argued that judges are “umpires,” not “ringmasters”: “If the litigants come to an agreement, there is no controversy. The case is over. … Judge Sullivan should get back to the business of deciding actual controversies and get out of the business of producing political shows.”

A Twitter thread from Rexxurection  Judge Sullivan continues to torch his reputation and legacy in real time. News Thud, “Emmet Sullivan should resign” – Mark Levin on Flynn judge abusing his judicial power, but the boys at the Bulwark swear Michael Flynn Can’t Just Walk Away from His Guilty Pleas. Mark Thiessen, WaPoo, Someone committed a crime in the Michael Flynn case. It wasn’t him.

Larry O'Connor at Town Hall, Nevertheless, Sidney Powell Persisted, not that she'll get any credit for that from the left minded folk. Sundance at CTH, Sidney Powell Responds to Latest Political Efforts of Judge Sullivan…

On the Flynn unmasking front, Greg Re at Fox reports, Samantha Power appears on Flynn unmasking list seven times, despite testifying she had 'no recollection' of doing so and from Sean Davis at Da Fed, Samantha Power Claimed She Never Tried To Unmask Michael Flynn, But Records Show She Unmasked Him 7 Times. My shocked face wore out a long time ago. A lot of amnesia going around. Sundance, Ben Rhodes -vs- Susan Rice: We Didn’t Know About The FBI Flynn Investigation That Obama Instructed The FBI to Conduct “By The Book”…  Stacy McCain, The ‘Deep State’ Unmasked: Joe Biden Targeted Trump Aide Gen. Flynn. I think the word went out, any anybody who was anybody in the Obama Admin unmasked Flynn. Honestly, I'm surprised Biden made the list.


This was not a mistake. This was intentional. It was systematic. And it was a gross abuse of power. This was banana republic behavior from the Obama Administration, not something we should ever see in a constitutional republic. In our republic, we settle our policy differences like civilized people: at the ballot box, not like two-bit dictators in Third World countries. 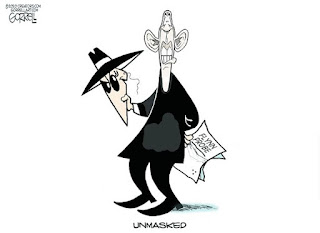 From Lee Smith at NYPo, The scale to which Obama’s team spied on his successor should be focus of ‘unmasking’. It should, but it won't be. WaPoo has a cover up piece this AM, ‘Unmasking’: How and why Flynn’s name popped up in Obama administration, and talk about irony, they write Democrats accuse Trump of abusing powers to tar Biden. Of course, this is just to deflect from Obama's abuse pf power. Ben Shapiro, BH, How the Obama Administration shattered rule of law. Let me count the ways. 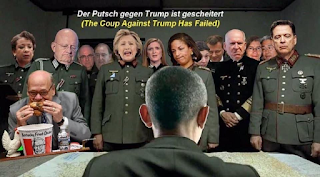 Breitbart, Trump on Unmasking: ‘This Was All Obama, This Was All Biden’  Matt Margolis, PJ Media, Could Obama Be Called to Testify in the Flynn Unmasking Scandal? He could, but he won't. At least that's my prediction. Somebody would fall on that sword first. Brooke Singman at Fox, Trump calls for Obama testimony amid unmasking controversy; Graham cool to idea.  Ace, Lindsey Graham Claims He'll Hold Hearings on Obamagate Abuses in June  Still waiting for the upgrade to Lindsey 3.0


"Miss Lindsey says a lot of things, usually on Fox & Friends. Then he goes to his job as chairman of the Judiciary Committee and does Jack F***ing Shit."


When will Slow Joe testify under oath in the Senate about what did he know and when did he know it? Pull quote from a Cotton tweet: “Biden is dishonest, senile, or both.”

And finally, some good news, the Wombat is back in the saddle again, and his In The Mailbox: 05.14.20 is chock full of good links. Go check it out.