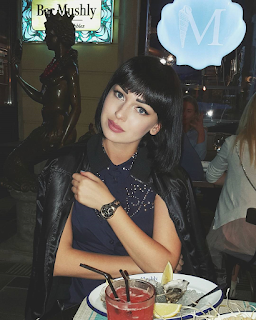 
Oysters are filter feeders that can help clean up the Chesapeake Bay, right? Many have seen the various web videos showing a dozen or so bivalves clearing a murky fish tank in just an hour. But are they such ecological superheroes that each one can siphon 50 gallons of water in a day?

That’s what’s often said by restoration advocates. It’s found on websites for the federal-state Chesapeake Bay Program and the nonprofit Chesapeake Bay Foundation, among others. It’s also been stated in countless press releases and news stories, including those published by the Bay Journal.

Is it true? Well, yes, but not so much in the real world, according to Matthew Gray, a scientist at the University of Maryland Center for Environmental Science’s Horn Point Laboratory.

“[Fifty gallons per day] is about the near maximum rate at which the Eastern oyster will filter under laboratory conditions at optimum temperatures and very high-quality diets,” said Gray, whose specialty is the study of oysters, clams and mussels. 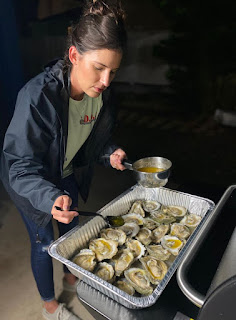 In reality, Gray said, under average conditions in the wild, an oyster will more likely siphon 3.0–12.5 gallons of water per day.

Oysters feed on algae and other organic particles by pumping water through their gills. Gray said research he and others have done shows that an oyster’s filtration rate depends on a lot of environmental factors.

“They don’t feed much at very low temperatures and get stressed out at super high temperatures,” he explained. They tend to be hungriest when the water is in a 10-degree range from the high 60s to high 70s Fahrenheit. Consequently, he pointed out, Bay oysters don’t eat or filter water year-round — not when a frigid winter sets in or when summer turns blistering.

Salinity matters, too. Oysters feed less, or not at all, when the water becomes really fresh.

Turbidity also can make a difference. While oysters can clear up cloudy water, Gray said that “if there’s a lot of sediment and dirt in the water column, they’ll spend more time sorting that than just ingesting it. And if it’s really, really bad they’ll just stop feeding. They’ll close up.” 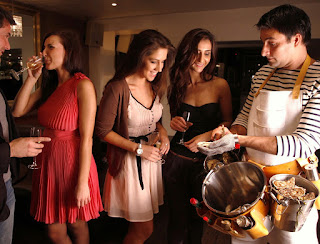 Furthermore, the quantity and quality of food matters. Certain kinds of harmful algae, like the ones that produce brown or red tides, can turn off an oyster’s appetite.

Finally, Gray pointed out that oysters stop filter feeding and “clam up” in the presence of crabs and other predators. If that happens often or long enough, it can alter how much water they process over the course of a day.

In other words, an oyster’s propensity to filter anything close to 50 gallons a day is a little like Goldilocks in the classic fairy tale: Everything has to be just right. And in the wild, that sweet spot is hard to find.

This is all obvious, if you know oysters. I wonder what prompted them to fess up to exaggerating oysters clean up capabilities.

The Wombat has Rule 5 Sunday: Kayleigh “Honey Badger” McEnany up on time and within budget at The Other McCain.
Posted by Fritz at 6:12 PM