I Hope the Mussels are OK!

But if I recall correctly, they like water. PJ Media, Ignoring Warnings, Mich. AG Sued to RAISE Lake Level Ahead of Dam Break—to Protect Mussels


For decades, federal regulators demanded changes to the design of the Edenville Dam to make it more likely to withstand heavy rains and avoid flooding.
So when Michigan regulators assumed oversight of the dam in late 2018 after its owners lost their federal license to generate energy, they took action.
To protect mussels. 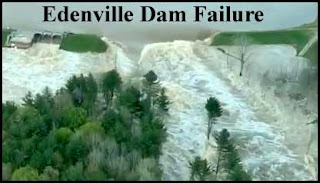 Three weeks before the 96-year-old dam failed this week amid heavy rains and caused the worst flood in Midland history, Michigan Attorney General Dana Nessel sued its owner, alleging it illegally lowered Wixom Lake in 2018 and 2019, killing “thousands if not millions, of freshwater mussels.”
“Defendants wrongfully exerted dominion over the freshwater mussels and caused their death which denies and is inconsistent with the state’s right to them,” state lawyers wrote in an April lawsuit. 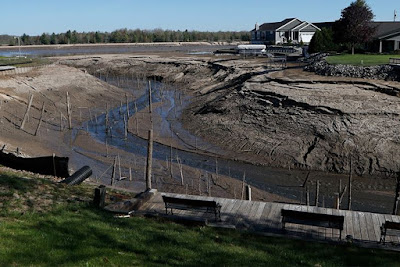 That worked out well.

Somehow, I don't really think she cared about the mussels.