What Did Olivia Jade Know and When Did She Know It? 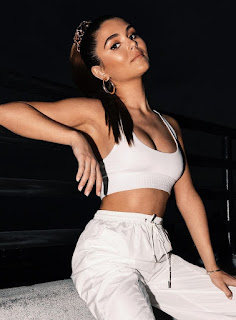 The 19-year-old YouTube starlet attended the University of Southern California (USC), and a source told Us Weekly that she knows exactly how she got admitted into the college.

“Olivia fully knew what her parents did to get her into USC, but didn’t think there was anything wrong with it,” the source alleged. “She didn’t get into any other California schools.” 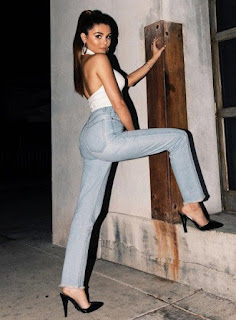 It's not immediately apparent to me that bribing a rowing coach to get into a private school is federal crime either, which is probably why all the charges (conspiracy to commit mail fraud, cospiracy to commit money laundering)  are so strained. It seems like more of a problem for USC to me.


Giannulli and Loughlin were accused of paying $500,000 to admissions scam mastermind William
"Rick" Singer to get Olivia Jade and sister Isabella recruited onto the USC crew team despite neither girl ever participating in rowing. The girls' statuses at the college are currently on hold amid an internal investigation into the admissions scam.

Last week, insiders claimed that Olivia Jade — who allegedly didn't even fill out her own application to USC — was desperate to get back into the university. 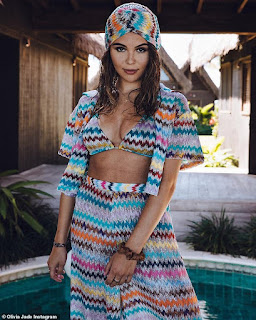 At 19 now, it is quite likely that she was 17 or even younger when her parents started to try to get her admitted to USC. Even assuming she was paying attention, which is certainly not apparent from her social media at the time, it seems a stretch to charge her for going along with her parents desire to get her into a good school. Let's look into Chelsea Clinton got into Stanford and Malia Obama got into Harvard.

Loughlin, 54, and Giannulli, 55, pleaded not guilty to initial fraud charges and were hit with additional charges of conspiracy and money laundering. If convicted on all counts, they each face up to 40 years behind bars.

Loughlin is said to be terrified at the thought of her daughters having to testify in court.

It hasn't been all that much fun for Olivia Jade either. Beside's shooting down her "media influencer" business, Olivia Jade And Her Boyfriend Split Up Amid Lori Loughlin Trial/Drama. That's probably OK; he was apparently the shy and retiring type, and she is anything but.