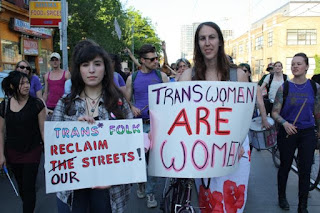 Self-censorship on Campus Is Bad for Science

I have taught evolution and genetics at Williams College for about a decade. For most of that time, the only complaints I got from students were about grades. But that all changed after Donald Trump’s election as president. At that moment, political tensions were running high on our campus. And well-established scientific ideas that I’d been teaching for years suddenly met with stiff ideological resistance.

The trouble began when we discussed the notion of heritability as it applies to human intelligence. (Heritability is the degree to which offspring genetically resemble their parents; the concept can apply not only to physical traits, but also to behavioral ones.) In a classroom discussion, I noted that researchers have measured a large average difference in IQ between the inhabitants of the United States and those of my home country, Brazil. I challenged the supposed intelligence differential between Americans and Brazilians. I asked students to think about the limitations of the data, which do not control for environmental differences, and explained that the raw numbers say nothing about whether observed differences are indeed “inborn”—that is, genetic.

There is, of course, a long history of charlatans who have cited dubious “science” as proof that certain racial and ethnic groups are genetically superior to others. My approach has been to teach students how to see through those efforts, by explaining how scientists understand heritability today, and by discussing how to interpret intelligence data—and how not to. 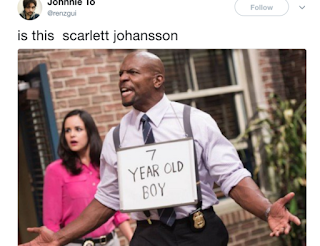 In class, though, some students argued instead that it is impossible to measure IQ in the first place, that IQ tests were invented to ostracize minority groups, or that IQ is not heritable at all. None of these arguments is true. In fact, IQ can certainly be measured, and it has some predictive value. While the score may not reflect satisfaction in life, it does correlate with academic success. And while IQ is very highly influenced by environmental differences, it also has a substantial heritable component; about 50 percent of the variation in measured intelligence among individuals in a population is based on variation in their genes. Even so, some students, without any evidence, started to deny the existence of heritability as a biological phenomenon.

Similar biological denialism exists about nearly any observed difference between human groups, including those between males and females. Unfortunately, students push back against these phenomena not by using scientific arguments, but by employing an a priori moral commitment to equality, anti-racism, and anti-sexism. They resort to denialism to protect themselves from having to confront a worldview they reject—that certain differences between groups may be based partly on biology. This denialism manifests itself at times in classroom discussions and in emails in which students explain at length why I should not be teaching the topic. 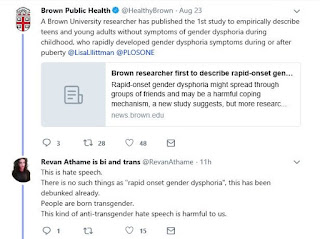 To my surprise, some students even objected to other well-established biological concepts, such as “kin selection,” the idea that, when individuals take actions for the benefit of their offspring and siblings, they are indirectly perpetuating their own genes. Startled students, falling into what we call the “naturalistic fallacy”—the notion that what occurs in nature is good—thought I was actually endorsing Trump’s hiring of his family! Things have gone so far that, in my classes, I now feel compelled to issue a caveat: Just because a trait has evolved by natural selection does not mean that it is also morally desirable.

The duty of scientists is to study the world—including the human body and mind—as it is. Some of our students, however, are seeing only what they want to see and denying real-world phenomena that conflict with their ideology. Take, for example, the obvious biological differences between the sexes, not only in physical traits (men, on average, are clearly stronger and faster than women are), but also in aptitudes and preferences (boys generally prefer wheeled toys, and girls prefer plush toys, a preference that is also observed in baby monkeys!).

Science is great, until is disagrees with the deeply held, but poorly sourced visions of the SJWs. I'm glad I got out before it got too bad.

from Why GIFs via Gfycat
Posted by Fritz at 7:54 PM