The Chesapeake Bay Has Crabs 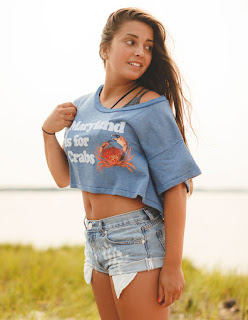 But you knew that, I suspect. But according to the Baltimore Sun, we're going to have a good year: Chesapeake Bay blue crab rebounding in 2019, led by near-doubling of juvenile crab population

There are nearly twice as many juvenile crabs in Chesapeake Bay waters as there were a year ago, according to an annual population survey.

Scientists in Maryland and Virginia found that in 2019, the bay’s crabs are at their most plentiful in seven years.
The number of spawning-age females, a key measure of future population growth potential, reached 190 million, a 29% increase over the previous winter.

With a total of nearly 600 million crabs in the bay, the species is close to or above benchmarks that indicate a healthy and sustainable population.

“The female abundance of blue crabs is close to our target and the juvenile population is above average,” said Michael Luisi, fisheries monitoring and assessment director for the Maryland Department of Natural Resources, in a statement. 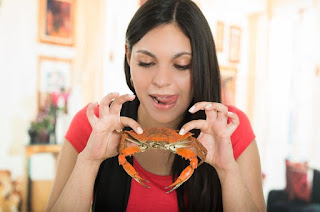 After a couple of not-so-great years, this is good news, but bear in mind, it's probably not due to any government program, or the seeming improvement in the Bay's condition:


The blue crab population can be notoriously fickle, challenging efforts to balance conservation and commercial harvest. Weather and current patterns can significantly help or hinder the spawning of a new generation of crabs each year, and cold temperatures can kill many crabs during the winter.

That’s what happened during the winter of 2018, when a third of adult crabs in the bay died while hibernating in the mud. 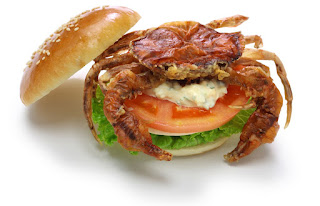 But ahead of the 2019 crabbing season, which began April 1, currents helped send a surging number of larval crabs up the bay, from their birthplace at the mouth of the Chesapeake. It was the second year in a row of strong growth in the juvenile crab population, from some of its lowest numbers of the past three decades in 2017.

The crab population hasn’t been larger in the bay since 2012. That year, juveniles numbered a record 587 million, while the population totaled 765 million in all.

I'm looking forward to my annual soft crab sandwich, and I promise not to feel guilty.