New York Plan to Freeze in the Dark Working


New York City recently passed its own version of the Green New Deal, which attempts to do away with natural gas. I wonder how that will work out? (via Hot Air)


Long Islanders were recently hit with bad news. National Grid, which provides natural gas for nearly 600,000 Long Island residents, announced it won’t be able to provide fuel for new customers if the proposed Williams Co. Transco pipeline expansion isn’t approved by May 15.
Earlier this year, energy company Con Ed imposed a similar moratorium on new natural gas service in parts of Westchester County due to limited capacity on existing pipelines. These crises are completely avoidable.
This isn’t the first time political hurdles and bureaucracy have stalled pipeline construction in New York. The Constitution Pipeline, which was to carry natural gas 124 miles from Pennsylvania’s booming shale fields to consumers in New York, has been stalled for six years despite being approved by federal regulators in 2014. New York officials have used their authority under the Clean Water Act to prevent the much-needed infrastructure project from moving forward.
For too long, politicians like Gov. Andrew Cuomo and their ill-considered energy policies have hampered the development of safe, efficient energy infrastructure, subjecting American consumers to unnecessarily high energy costs and unreliable service. According to the Global Energy Institute, since 2010, New York’s statewide ban on fracking and opposition to new pipeline construction have led to a loss of more than $22 billion in GDP, nearly 200,000 full-time-equivalent job years and almost $5 billion in tax revenue.

I'm glad the problem is biting first in urban Long Island, where they help elect the clowns.


So you don’t want pipelines, eh? But you say you’d like to build more houses, apartments and office buildings? Well, you’d better figure out how to cook your food and heat your living spaces with solar panels pretty quickly because (to borrow a phrase from GoT) winter is coming. And so is lunchtime.

Actually, since a goodly chunk of people in these areas vote Democrat and Believe in anthropogenic climate change, yes, they should have to figure out a way. The same people whining about pipelines will get a chance to practice what they preach, and we’ll see how much they like it. 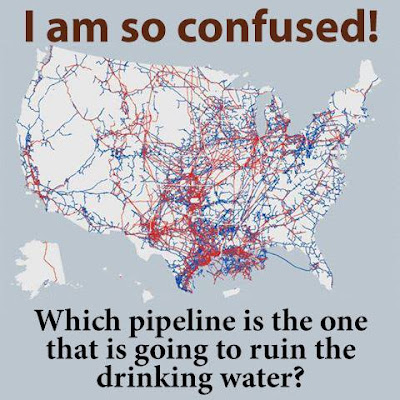