The Unraveling of Russiagate

From Stacy McCain, The MuellerGate Cover-Up Is Unraveling


There was never any “Russian collusion” by the Trump campaign, and so why was there a need for a nearly two-year-long special counsel investigation? Because when President Trump fired FBI Director James Comey in May 2017, this caused a panic among “Deep State” operatives who feared the truth about the Obama administration’s surveillance of the Trump campaign would be exposed. Therefore, to conceal this scandal — to protect the people at the Department of Justice and other agencies who had been involved in approving this political surveillance — Robert Mueller was appointed as special counsel, to manufacture a narrative of Trump wrongdoing that would distract from what really happened. That’s what it looks like to me, anyway. The Mueller investigation was actually a cover-up, and now that Attorney General William Barr has ordered an investigation of the origins of the “Russian collusion” story, Democrats and their media allies are beginning to panic
. . .
Schiff’s claims are a bizarre inversion of reality. How is it a “coverup” to declassify documents? Wouldn’t a “coverup” seek to conceal secrets, rather than to disclose them? And who was it that “weaponize[d] law enforcement . . . against their political enemies”? Isn’t that exactly what the Obama administration did to the Trump campaign?
. . .
Over the course of the next few weeks, Americans are going to learn how they have been deceived. Even Democrat voters who despise Trump will no longer be able to ignore how the Obama administration misused U.S. intelligence as part of an effort to help elect Hillary Clinton. CNN’s ratings are already in the toilet. How many people will still be watching CNN after it becomes evident — as it soon will — that the network was complicit in this dishonest propaganda operation?

Wow, I didn't realize Stacy was such an optimist. I hold no hope that Democratic voters will actually accept the facts, and Schiff's bizarre claims will continue to hold their fascination.


It would have happened sooner or later, but Nancy Pelosi's out-of-control behavior—accusing Trump of a cover-up before meeting with him (sheesh), demanding his family stage an intervention (double sheesh), etc.—clearly forced the president finally to issue a memo giving Attorney General Barr authority to declassify the 2016 campaign surveillance documents. (He undoubtedly had it in his hip pocket for a while.)

The memo requires all agencies to "promptly provide such assistance and information as the Attorney General may request in connection with that review." That includes the secretaries of State, Treasury, Defense, and Energy as well as, importantly, the director of national intelligence and the director of the CIA.

Result: game changer. The re-election of Donald Trump will be dated from the evening of May 23, 2019. And the supposedly politically-savvy Ms. Pelosi will be marked down as the instigator. 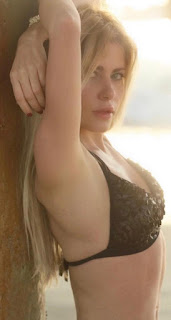 
Forget the Kardashians, or the Osbourne family, Cockburn predicts the next big name in TV will be the Papadopouloses, George and Simona. He’s the former Trump campaign aide who just got out of jail after admitting to lying to the FBI. She’s the sultry Italian blonde who’s now set her heart on a career in acting. Together, they are on a raging publicity drive.

A mini-documentary series following their lives as they settle down to conjugal life in Los Angeles is already being made. It’s not meant to be a reality show, but Simona clearly doesn’t mind the idea of fame. ‘Let’s start with Keeping Up with the Papadopouloses,’ she laughs to Cockburn. ‘The rest, we’ll see.’

Simona says she is looking forward to pursuing a Hollywood career now that she and her man are ‘at the end, I hope, of a dark period’. She’d already landed a part as Brigitte Bardot in an unfinished film called Affairs on Capri, directed by a British man called Paul Wiffen. 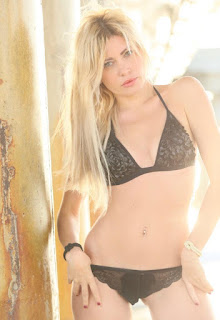 Alas, Simona’s relationship with George and the Mueller investigation got in the way of Simona’s debut. She had some passport difficulties, and now she’s now waiting for her green card, and can’t leave the US until she gets one. The one scene she did shoot, see above, was in fact filmed in San Diego by another director. ‘It’s now got to the stage where I’ve had to look for other people who look like Brigitte Bardot,’ says Wiffen, with regret.

Simona, for her part, seems to believe her BB role is complete. She’s got another part in a film, something to do with Colombia, which she didn’t want to discuss. She’s does modeling, too, for Leo Mazzotti on Venice Beach . . .

Thank you George, for marrying better than you deserve (don't we all?).

And alas, we must get back to the regular business of Spygate. Always a good read, Victor Davis Hanson at NR, The Sinking Collusion Ship:


So, how can we tell that the former accusers are now terrified of becoming the accused? Because suddenly the usual band of former Obama officials and Trump accusers have largely given up on their allegations that Trump was or is a Russian asset.

Instead, John Brennan, James Clapper, James Comey, Andrew McCabe, and Rod Rosenstein are now beginning to accuse one another of wrongdoing.

Even their progressive media handlers are starting to sense the desperation in their new yarns — and the possibility that these hired-gun analysts or guests were themselves guilty of crimes and were using their media platforms to fashion their own defense.

Sundance at CTH details how President Trump’s Declassification Directive Outlines Specific Process and Direction…., while at Business and Politics (BPR) Sara Carter discusses declassified docs, what she believes will be most damaging, and who should be worried: See video at link.


Word of this high-placed informant first came out in June 2017 in a Washington Post story that said Brennan began feeding this material to Obama and a small group of aides with a report in an envelope to be read and promptly returned to the CIA. The material was deemed so sensitive that it was kept out of the President’s Daily Brief due to concerns that too many people would be made aware of its contents.

Although the Post report said a courier was used to deliver this information, the Times piece said Brennan himself gave it to Obama.

As a former official would tell it, Obama "was deeply concerned and wanted as much information as fast as possible" and "wanted the entire intelligence community all over this." A covert task force was put together by Brennan that coordinated with operations specialists at the CIA, National Security Agency, and FBI on Russia intelligence gathering and kept Obama apprised of their work.

Sounds like a CIA leak already revealed the existence of the source (it he/she truly exists, and is not a cover for Brennan's fervent wishes). Why would Barr burn this individual? And are we really sure, the individual is on our side, and not leaking that which Putin wishes leaked? At Da Caller, Ex-CIA Officials Fume About Declassification Order, Ignoring Previous Leaks Of Secret Sources And Methods. The NYT (at MSN) is still whining about how Trump’s Targeting of Intelligence Agencies Gains a Harder Edge and Potential Clash Over Secrets Looms Between Justice Dept. and C.I.A. They want the right to leak what they want leaked. Fat Jerry whines  'No Basis Whatsoever to Believe That Anybody in the Intelligence Community Did Anything Wrong', why then, it won't hurt to investigate it then, will it, like Russian collusion. But according to another optimist, Elizabeth Vaughn at Red State, Deep State Has Left ‘Paper Trail As Wide As Interstate-95’ Which Will ‘Fall All Over DC Like Radioactive Ash’


I once wrote that, in the age of technology, it’s almost impossible to get away with a crime. There are 100 ways to get caught and even if you think of 98 of them, still that remaining one or two will trip you up. Somewhere in the “paper trail that’s as wide as Interstate 95,” will be found the incontrovertible evidence of a crime.
. . .
The tide has most definitely turned.

After the unending outrages of the last three years, this will be fun to watch.

Eric Felton at RCI, Trump-Russia's Turning, and the Knives Are Out


Could it be this is the shape of investigations — sorry, matters — to come? The spectacle of former power players parsing verbs at one another? It may seem a sound defensive strategy now, but it will grow harder to craft phraseology subtle enough to slip out of trouble. Legalistic sparring becomes increasingly difficult as the number of those being put under oath proliferates, and as the number of investigations mount. The game theory concept known as the “Prisoner’s dilemma” is confounding enough when there are two players having to figure out whether to trust one another or sell each other out. Make it multi-person, game theorists point out, and the difficulty for the players grows exponentially.

Making the game even more difficult is how much of the play is being done under cover. When so much of the frenzied blame-shifting is right out in the open, who knows how much whet workwith the long knives is going on in the shadows? “If Brennan and Comey and Clapper are doing this publicly,” one Senate staffer says, private-sector dossier-peddlers “[Sidney] Blumenthal, [Cody] Shearer and [Glenn] Simpson are doing it privately.”
. . .
Connoisseurs of the knife fights between Justice and the bureau keep an eye out not only for what gets reported in the press, but where it gets reported. “The Department of Justice has good relations with, and tends to leak to, the Washington Post,” says a longtime Capitol Hill staffer. “The FBI leaks to the New York Times.”


While a clear majority of the public supports getting more details about the Mueller report, just over half (52%) say that Congress should move on to other issues now that the investigation has concluded. Just 41% say that Congress should continue to look into concerns related to the inquiry. These results are similar to the public’s opinion last month just before the report was released...The poll finds that 39% of Americans feel that Trump should be impeached and compelled to leave the presidency while 56% disagree with this course of action.

History doesn't repeat itself, but it rhymes. Stuff Mark Twain may or may not have said.The Dersh at Da Hill, Are investigations of Trump the new McCarthyism?


It is quite fair to say that back in the day, virtually all liberals and civil libertarians, led by the American Civil Liberties Union (ACLU), wanted to impose restrictions on the power of Congress to investigate, subpoena and question individuals for partisan or ideological purposes. Now the shoe is on the other foot. It is the Democrats who are abusing their congressional investigations for partisan and ideological purposes. It is the Democrats who are putting forward the phony arguments about legislative purposes, such as the need for new laws and congressional oversight. It is the Democrats in the House who are determined to misuse their legislative power to gain advantages in the upcoming elections.

From Reuters, news that Ex-U.S. marine held by Russia on spying charge complains of threats. Only Russiagate by the likelihood that he is being held in retribution for the trial and imprisonment of Maria Butina on the charge of lobbying for Russia without a permit, which was covered a few days ago as well. We should arrange a swap.

And not surprisingly, news that the Strzok/Page affair is likely to be made into a movie, McAleer's 'FBI Lovebirds' Will Shame Media, Hollywood (Again) - Hollywood in Toto