Annapolis to Shore Up Ego Alley

Annapolis installs temporary flood solution on City Dock .The Harbor near Main Street is often called Ego Ally, because people with big boats often visit, ostensibly to dock and eat, but often just to show off.


The City of Annapolis has installed one of three temporary pumps to alleviate City Dock flooding while pursuing a long-term infrastructure project.

While the city awaits state and federal funding to support a fully underground system, the Department of Public Works will purchase and install pumps and backflow preventers along three storm drains along Dock Street.

The backflow preventers will keep high-tide water from backing up into storm drains and spilling out onto the street. The pumps will prevent stormwater from overflowing the drains. 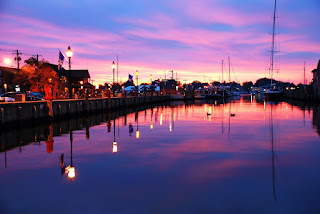 Annapolis was founded in 1649, and was certainly a port city from the very beginning, since the colonization of Maryland was largely driven by the export of tobacco, although the town was later moved to the south side of the Severn River in the later 1600s.

The city has plans to curb downtown flooding permanently, using underground pumps and a wet well. The project will include a storm drain realignment, redevelopment of Newman Street park to include a pump station and a backup generator.

City officials are waiting on $3 million in grant funding from the Federal Emergency Management Agency to bring the Compromise Street phase of the project to fruition. Design for the flood mitigation project for the Compromise Street side of City Dock is 60% complete. Construction is slated to begin in October 2020, but depends on the FEMA grant.

Mayor Gavin Buckley’s capital budget includes $1 million in state grant funding in 2020 and $4 million from a to-be-created financial authority in 2023. These funds will go toward the Dock Street phase of the project. 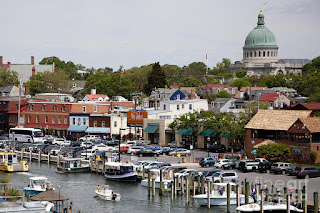 Public works will install the other two temporary pumps and backflow preventers in the next two weeks.

The city purchased and installed the equipment, said city spokeswoman Mitchelle Stephenson. She could not immediately confirm Friday the overall cost of the project.

Annapolis experienced 63 days in 2017 that topped the National Oceanic and Atmospheric Administration’s threshold for coastal flooding, according to a study from Stanford University, a Naval Academy professor and the city of Annapolis.

The Chesapeake Bay, due to both global and local climate changes, experiences sea level rise at a rate two to four times the global average, according to the study. In Annapolis, average sea level has risen almost 1 foot since 1950 and is rising at about 3.6 millimeters a year.

We know that sea level has been rising in the Bay region at somewhat more than 3 mm per year, with no evidence of acceleration since records began in the 1920s:

So let's do some figuring. 3.6 mm per year, times 350ish years is 1.26 meters. Almost 4 feet, and no climate change necessary to explain it. Time to raise the dock?