Someone is Still Poisoning Eagles 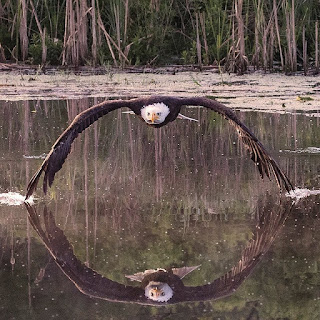 Federal and Maryland authorities are seeking the public’s help to track down whoever poisoned at least nine bald eagles in two locations on the Eastern Shore earlier this year. They’re the latest in a series of unsolved poisonings on the Delmarva Peninsula that have killed at least 29 of the federally protected birds in the last three years.

Once considered at risk of extinction, bald eagles have made a recovery and are no longer protected under the Endangered Species Act. They are still protected under the federal Bald and Golden Eagle Protection Act, with penalties for harming the birds ranging up to $250,000 and two years in prison. 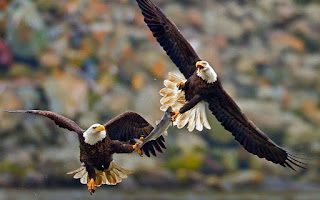 Six eagles and a great horned owl died from pesticide poisoning on March 1 near Route 445 and Swan Creek Road in Kent County, according to a May 1 news release by the Maryland Department of Natural Resources. An unspecified number of additional eagles were found injured but alive at that location and taken to a wildlife rehabilitation clinic in Delaware for treatment, said Capt. Brian Albert, spokesman for the Natural Resources Police. 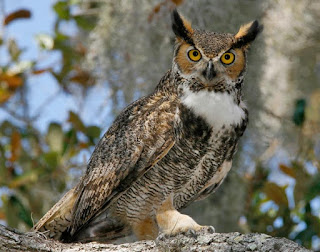 On April 3, authorities found three other bald eagles showing signs of poisoning at a Talbot County farm near Lewistown Road and Colby Road. The birds had been feeding on a red fox carcass, according to the DNR. Two of the eagles were treated for poisoning and are in stable condition, but one died at the scene.

Authorities believe the two incidents are “consistent with the suspected ongoing and intentional poisoning of foxes, raccoons and other nuisance animals in the area,” the DNR release said. Specifically, authorities suspect someone placed baits laced with carbofuran, a highly toxic farm pesticide that’s now illegal to use, in fields, along edges of woods and even directly into fox dens. 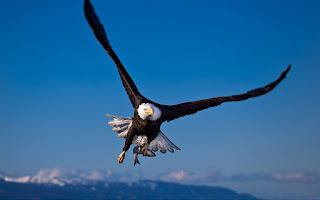 Sold under the trade name Furadan, carbofuran was once widely used to control insects in a variety of crops, including corn and soybeans. The U.S. Environmental Protection Agency curtailed use of the granular form in the 1990s after evidence mounted that it was responsible for millions of bird deaths per year. Birds often fed on the pesticide grains in fields, mistaking them for seeds — and a single grain can be lethal to a bird.

The liquid version of carbofuran remained in use until 2009, when the EPA effectively banned it by revoking tolerances for residues of the pesticide in food crops. It is now illegal to sell or use in the United States, but is still available abroad. 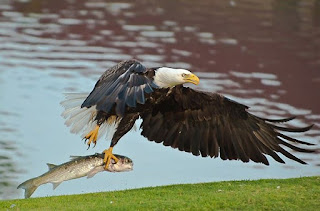 Albert said that whoever was placing pesticide-laced bait in Shore farm fields may have been attempting to eliminate other animals considered nuisances, such as foxes or raccoons. But eagles often scavenge on dead wildlife, and the DNR release suggested they may have been poisoned by feeding on other poisoned animals. It’s unclear how the owl became poisoned, though, because owls feed only on live prey. 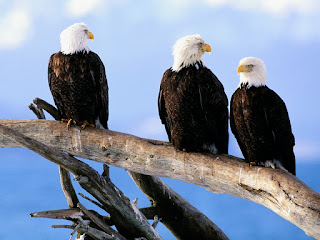 The poisoning incidents come three years after 13 bald eagles were found dead in a field near Federalsburg in Caroline County. Authorities determined they had been poisoned, and lab tests detected at least six had ingested carbofuran, but could not learn who had done it.

A month later, four more eagles died in Delaware near Dagsboro in Sussex County, according to the state Department of Natural Resources and Environmental Conservation. 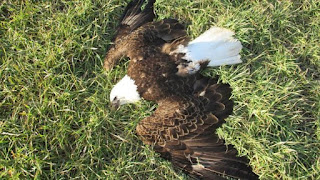 In January 2017, another five bald eagles and a fox were found dead in a farm field near Easton, MD. Examination of the carcasses found that all five birds had ingested carbofuran, according to a U.S. Fish & Wildlife Service lab report obtained by the Annapolis radio station WNAV and shared with the Bay Journal. The report, released through a Freedom of Information Act request, says the birds were most likely poisoned by feeding on the dead fox, which also had been poisoned.

The Fish and Wildlife Service and Maryland Natural Resources Police are investigating the latest incidents, and the DNR release said authorities are “disappointed and frustrated” that they could get no information on the poisonings, despite interviewing land owners, hunters and others associated with the areas where the birds were found.

That's a whole lot of eagles. There has been a distinctive decrease in the number of eagles in our area. Are some of them being killed?
Posted by Fritz at 7:22 PM