Like his butt buddy in conspiracy, Andrew McCabe sues FBI over firing, alleges plot by Trump to oust those disloyal to the president (WaPoo, 30 day pass)

Andrew McCabe, the acting FBI director who authorized an investigation into President Trump for ties to Russia and possible obstruction of justice, filed a lawsuit against the bureau and the Justice Department on Wednesday, alleging he was illegally demoted and fired as part of a plot by Trump to remove those who were not politically loyal to him.

McCabe asked that a federal judge declare his termination a “legal nullity” and essentially allow him to retire from the FBI as planned, with all the benefits that would have afforded him. He was fired from the bureau in March 2018, just hours before he was set to retire, costing him significant retirement benefits. The termination came after the Justice Department inspector general found that McCabe made an unauthorized disclosure to the media, then lied to investigators about it.

“It was Trump’s unconstitutional plan and scheme to discredit and remove DOJ and FBI employees who were deemed to be his partisan opponents because they were not politically loyal to him,” the lawsuit alleges, adding that McCabe’s firing “was a critical element of Trump’s plan and scheme.”

Not loyal? Hell, just not plotting against him from before his election would be nice. Other reactions? Ace, Joining Fellow Disgraced Partisan Operative Peter Strzok, Andrew McCabe Now Sues the Government, Claiming That the Firing of a Lying, Leaking, One-Step-Away-from-Indictment Partisan Shitbag Was "Politically Motivated",


In another thread, a commenter, maybe JackStraw, speculated that this was a "panic move" spurred by fears that actual indictments might soon be flowing like wine.


Seriously, think about the reality that these people were in charge of some of the most important institutions within our government, the U.S. Department of Justice and the Federal Bureau of Investigation. Don’t rush into the weeds before contemplating his.

These ideologues are so entrenched within the echo-chamber of their network, family, friends and political allies, they cannot even see the scale of ridiculousness they are operating in. And they just didn’t get there…. they’ve been in this bubble for years; while simultaneously making decisions that impact the lives of every American.

And put on your tinfoil hat for this one, EXCLUSIVE: Peter Strzok Lawsuit Reveals He Had 28 Year “On Paper” Army Career While Working At FBI & CIA


Strzok’s lawyers formulated great arguments at face value, but the devil is in the details. In his filing, Strzok discloses information about his career that may or may not have been public. Substantiated source statements when LauraLoomer.us contributor Tore broke the story over a year ago about Peter Strzok’s early life and his father’s covert government career, their close ties with the Clintons, and ultimately Peter Strzok Jr.’s actual career identity is further evidence that he is a covert operative.

His complaint further reinforces the publicly available information about what his role working for the federal government really was. Strzok is not your average FBI agent. In his complaint, he claims to have a 28-year Army career with no rank up. How does someone remain in service for 28 yrs and NOT rank up in 24 years?

According to his records, he achieved O-3 within his alleged 4 year Active Duty term but didn’t rank up in over 24 years. As a reservist, also known as “weekend warrior”, he could work in his military post for one weekend a month and he would’ve had at least ranked up once in 24 years.

In other words, his military career was only on paper, just like his FBI career.

The BLP insider who’s worked with both Breannan and Strzok tells us that Strzok was never FBI, he was part of the highest level of covert operatives, sliding into posts within the CIA or FBI to infiltrate, influence and observe. This is exactly what we saw with the Special Counsel appointment that resulted after a failed operation.

His “paper only” termination from his alleged Reservist career disallowed him to claim military retirement benefits that he relied on, as FBI retirement benefits were not provided due to separation code. Technically, Strzok was eligible for the benefits under an alleged 1993 agreement with a specialized division of the intelligence community, but it was not honored. Thus, this complaint is being filed in retaliation to the CIA breach of contract in respects to his benefits that were NOT honored by the US Army last month .

The CIA putting sleepers in the military and the FBI? Stunning, if true. If true.

Meanwhile, Judicial Watch drops some real news, FBI 302 Interviews with Bruce Ohr on Spygate Released To Judicial Watch, which mostly serves to confirm what has lot been conjectured, that Bruce Ohr was conniving with Christopher Steele, the FBI and the Clinton campaign to spread manufactured dirt on the Trump campaign.


“These new Bruce Ohr FBI 302s show an unprecedented and irregular effort by the FBI, DOJ, and State Department to dig up dirt on President Trump using the conflicted Bruce Ohr, his wife, and the Clinton/DNC spies at Fusion GPS,” stated Judicial Watch President Tom Fitton. “The FISA courts weren’t informed of this corrupted process when they were asked to approve and reapprove extraordinary spy warrants targeting President Trump.”


The president and his supporters have argued that the dossier gathered by Steele was a pile of lies meant to derail his candidacy, and then his presidency. Democrats accuse Trump of trying to destroy the careers of anyone who participated in the investigation of possible conspiracy between Trump associates and Russians during the election. 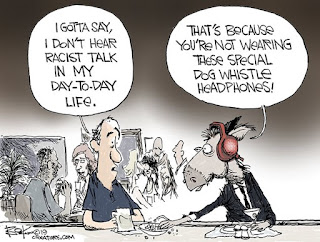 The truth is out there . . . Sundance on the case of the Former FBI Asst. Director of Counter Intelligence Floats Conspiracy of President Trump Using Code Words To Trigger Nazis…

Stacy McCain: 8/8 = Hitler? ‘Remember, These Are the People Who Tell Us Trump Is Crazy’


Permit me to interrupt here and say that, even without his bizarre Neo-Nazi Magic Decoder Ring theory, it’s frightening to think that Figliuzzi was ever in a position of trust at the FBI, given his willingness to promote this cause-and-effect linkage between “Trump’s rhetoric” and “white supremacist violence.” In point of fact, the El Paso shooter said explicitly that he was acting as a copycat of the New Zealand mosque shootings in March. You can blame 8chan or /pol for the shooter’s action, but blaming Trump is a non sequitur.

Why the FBI issues a memo stating that if you 'don't believe' the 'official' and/or 'prevailing' MSM narrative of an event then:

1. You are a 'conspiracy theorist' and potential criminal. [Pre-crime/pre-emptive arrest anyone? Bueller?]
2. Obey, or else!
3. You are an enemy of the State.

I was hoping that some mavens on the story can provide me with suggestions about which "plot inconsistencies" to hit. Like:

"But I thought Natalia Veselnitskya was working with Glenn Simpson FOR Putin?!"
"Whoops!" "Whoopsie!"

There's a lot of material here, and I'd like to hit a lot of the problems with the conspiracy theory, maybe explaining it to people that don't know some of these problems.

I figure I could do a trilogy of these, starting with the DOJ/FBI lies about the spying and FISA Warrant, then maybe the CNN/Clapper coordinated leak/set up, then the Mueller Report itself.


A judge ruled Wednesday that an investment adviser and former Fox Business commentator who sued NPR over stories about his role in funding a private investigator to probe the death of former Democratic National Committee staffer Seth Rich can go forward.

Politico reported that Judge Amos Mazzant of the Eastern District of Texas ruled that Ed Butowsky's claims of defamation against NPR for revealing his role in funding the investigation into Rich's death that was publicly condemned by Rich's parents could go forward.

Conspiracy theories alleged Rich had been murdered as part of a broader political plot.

In his ruling, Mazzant wrote that "speculatory comments" written by NPR's reporter concerning Butowsky's involvement in the probe "implied wrongdoing" where none could be proven.

“Plaintiff has alleged sufficient facts which plausibly show the Reports were not fair, true, and impartial accounts of the Wheeler complaint,” Mazzant wrote, according to Politico. “Additionally, even if the statements are considered a true report of the Wheeler complaint, as Defendants argue, the organization of the comments combined with the speculative commentary imply wrongdoing.”

Butowsky also argued in his suit that his role in the investigation did not rise to level required under the legal definition of a "public figure," which the judge reportedly found to be plausible. 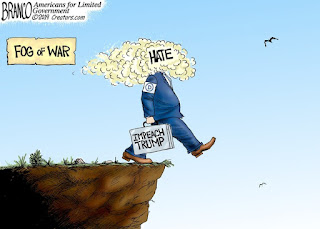 
“I think that it’s such a serious undertaking. Do not pursue it for trivial partisan political purposes. If it does fall to you while you’re in the House to examine abuses of power by the president, be as circumspect and careful as John Doar was,” Clinton said of the Judiciary Committee’s lead impeachment staffer, a Republican who served as a civil rights chief during the Kennedy and Johnson administrations.

“Restrain yourself from grandstanding and holding news conferences and playing to your base,” Clinton added. “This goes way beyond whose side is on you’re on or who’s on your side. And try to be faithful purveyors of the history and the solemnity of the process.”