Maryland Gets $300k to Save the Sturgeon 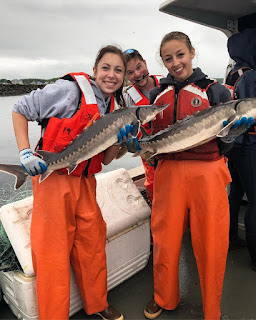 
Nanticoke River Atlantic sturgeon, once thought to have vanished from Maryland waters, are making a comeback — and U.S. Sens. Ben Cardin and Chris Van Hollen, both D-Md., are here for it.

The senators on Tuesday, Aug. 20, announced $296,071 in federal funding to the Maryland Department of Natural Resources to aid in research on the species.

Until Maryland and Delaware biologists’ recent discovery of adult sturgeon in the Nanticoke River and its streams, biologists reported not having seen the region’s sturgeon in 40 years. 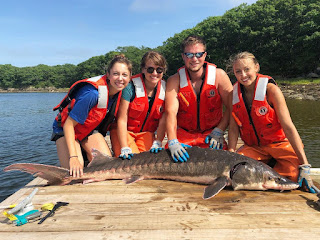 But what did the watermen not tell them?

The Atlantic sturgeon’s significant population decline has been attributed to overfishing and habitat loss. In the late 1800s, the fish were prized for their eggs, which were considered high-quality caviar.

Now, with the species’ reemergence, scientists are dedicated to tracking the fish, as well as helping to replenish and maintain its population.

NOAA, which is headquartered in Silver Spring, is a scientific agency within the U.S. Department of Commerce that focuses on the conditions of the oceans, major waterways and the atmosphere.

The rest of the article is mostly a campaign ad for Sens. Cardin and Van Hollen.

I suppose, it can't hurt to try to figure out how many there are, but it might not help either. The population began its recovery without anyone being aware of them.

The Wombat has Rule 5 Sunday: Labor Day With Jayne Mansfieldup on time and within budget at The Other McCain.
Posted by Fritz at 2:20 PM