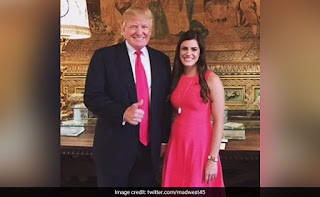 And EBL has the pictures, while Tyler O'Neil has the story: 'She Was a Spy From Day One:' Trump Assistant Out After Discussing President's Family with Press


Madeleine Westerhout, President Donald Trump's personal assistant, who has been described as a gatekeeper to the president, resigned on Thursday after leaking to the press earlier this month. Several White House officials had long suspected her of disloyalty to the president. A former staffer for the Republican National Committee and Mitt Romney's 2012 campaign, she had reportedly cried when it became clear Trump had won in 2016.

"She was a spy from day one who sought to use her proximity to the president to curry favor with his detractors," a former White House official told CBS News. 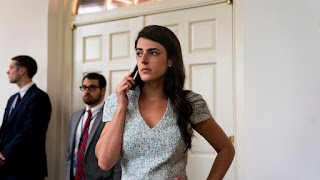 Westerhout's resignation came after Trump learned on Thursday that she had "indiscreetly shared details about his family and the Oval Office operations she was part of during a recent off-the-record dinner with reporters staying at hotels near Bedminster, N.J., during the president's working vacation," The New York Times reported.

Westerhout was immediately considered a "separated employee" and was not allowed to return to the White House on Friday. 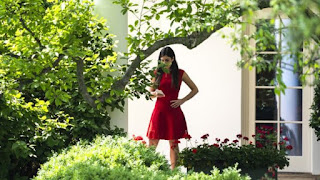 I hope someone waters her potted plants until they can checked for bugs and returned.


According to CBS News, the New Jersey dinner was not the first time Trump's personal assistant had gossiped with reporters present. At a farewell event for former press secretary Sarah Huckabee Sanders, she bragged about her gatekeeper status. 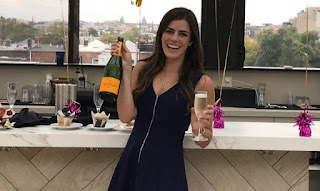 In September 2018, veteran journalist Bob Woodward complained in an interview with Trump that his request to speak with the president had not been passed on by more prominent aides like Kellyanne Conway. Trump said he should have contacted Westerhout. "Madeleine is the key. She's the secret," the president said. He has also reportedly referred to her as "my beauty."

Politico reporter Tim Alberta wrote that Westerhout was "inconsolable" and seen crying on election night once it became clear that Trump would defeat Hillary Clinton.

Possibly related from Stacy McCain: Do You #BelieveWomen? The Wombat has Rule 5 Sunday: Labor Day With Jayne Mansfield and FMJRA 2.0: Winged Hussars up on time and within budget at The Other McCain.
Posted by Fritz at 8:07 PM