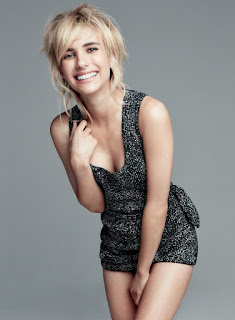 Hollywood clearly still likes the idea of promoting violence against people who aren’t good and obedient leftists, because Universal Pictures is set to release a thriller called The Hunt on September 27, which features left-wing “elites” hunting Trump supporters for sport.

In the past few days we’ve been hearing a lot about how Donald Trump’s rhetoric is apparently to blame for the El Paso shooting, yet Hollywood apparently lacked the foresight to think that a movie promoting violence against “deplorables” might be in bad taste until after the shootings in El Paso and Dayton, as only now is Universal rethinking their promotional strategy for the film. 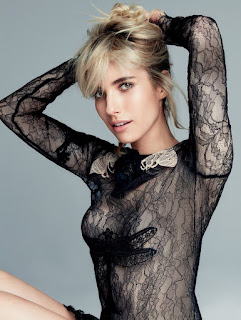 "Did anyone see what our ratf**ker-in-chief just did?" one character asks early in the screenplay for The Hunt, a Universal Pictures thriller set to open Sept. 27. Another responds: "At least The Hunt's coming up.Nothing better than going out to the Manor and slaughtering a dozen deplorables."
In the aftermath of mass shootings within days of one another that shocked and traumatized the nation, Universal is re-evaluating its strategy for the certain-to-be-controversial satire. The violent, R-rated film from producer Jason Blum's Blumhouse follows a dozen MAGA types who wake up in a clearing and realize they are being stalked for sport by elite liberals.
Over the Aug. 3 weekend, ESPN pulled an ad for the film that it had previously cleared, while AMC ran the spot during the season premiere of its drama The Preacher. It's unclear whether the ads were identical, but the one yanked by ESPN opened with a sound resembling an emergency broadcast signal. A rep for ESPN parent Disney declined to comment on the move, but an ESPN source says no spots for the film will appear on the network in the coming weeks. 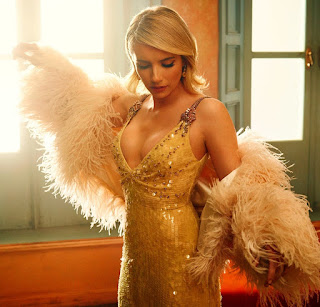 According to THR, the movie “features guns blazing along with other ultra-violent killings as the elites pick off their prey.”

The original title for the film was Red State Vs. Blue State, so the political themes of the movie are clearly important to the plot. THR says that The Hunt “made some executives at Universal skittish back in May 2018, when film chief Donna Langley acquired the script and fast-tracked it at a modest $18 million budget,” but several studios “did not pursue it because of the explosive premise.” One studio executive reportedly didn’t even bother reading the script because "The idea seemed crazy." The movie was produced by Jason Blum, who also produced other well-known horror flicks like The Purge, Paranormal Activity, and Get Out. 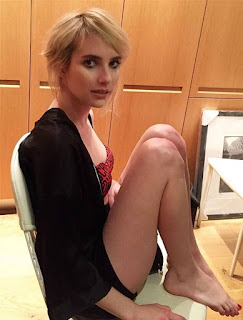 The script for The Hunt features the red-state characters wearing trucker hats and cowboy shirts, with one bragging about owning seven guns because it's his constitutional right. The blue-state characters — some equally adept with firearms — explain that they picked their targets because they expressed anti-choice positions or used the N-word on Twitter. "War is war," says one character after shoving a stiletto heel through the eye of a denim-clad hillbilly.

How exactly did anyone think this was a good idea even before the El Paso and Dayton shootings? In June 2017, a Bernie Sanders supporter and left-wing activist shot at Republican members of Congress who were practicing for the annual Congressional Baseball Game for charity. The shooter had specifically inquired as to whether the team practicing was made of Republicans or Democrats. The same year, Senator Rand Paul was assaulted by his own neighbor and just this past week had part of his lung surgically removed because of injuries sustained in that attack. Apparently, some in Hollywood are more than willing to promote violence against Trump supporters. Meanwhile, Democrats and liberals in the media want us to believe that it's Trump’s rhetoric that needs to be toned down.

My guess is that surprise twist will be that the bad guys will turn out to be secret Trump-supporters, and the good girl is a Liz Warren advocate.

UPDATE: Movie release cancelled! How long until it shows up on cable? Unverified reports suggest that indeed, Emma Roberts character is a good liberal military lass caught up by mistake, and all the true deplorables are killed, along with the perps.

Linked at Pirates Cove in the weekly Sorta Blogless Sunday Pinup and links. The Wombat has Rule 5 Sunday: Homeko At The Beach and FMJRA 2.0: Slave To The Grind up at The Other McCain. Linked at The Right Way in the weekly Rule 5 Saturday LinkOrama. 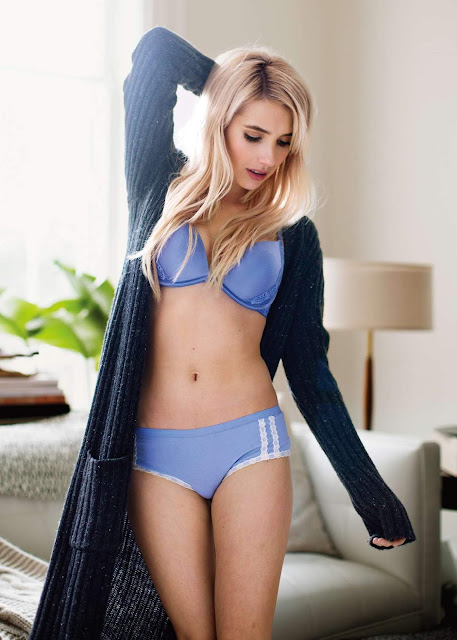 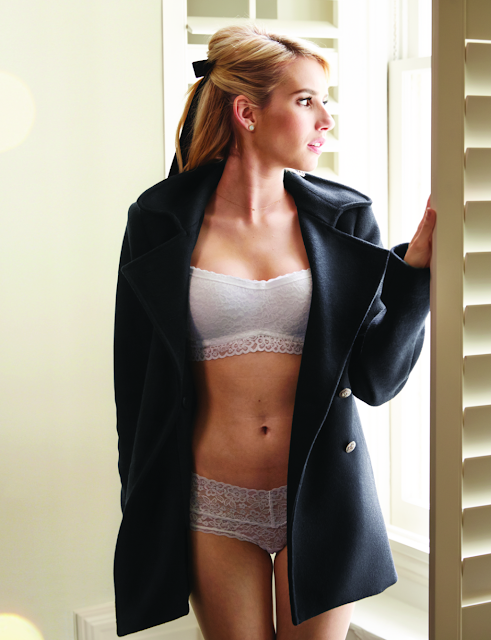 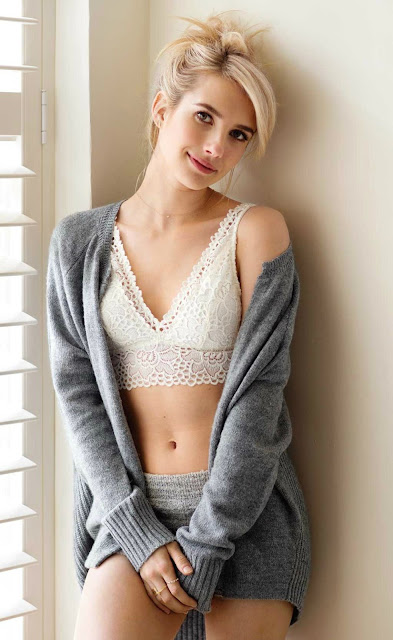 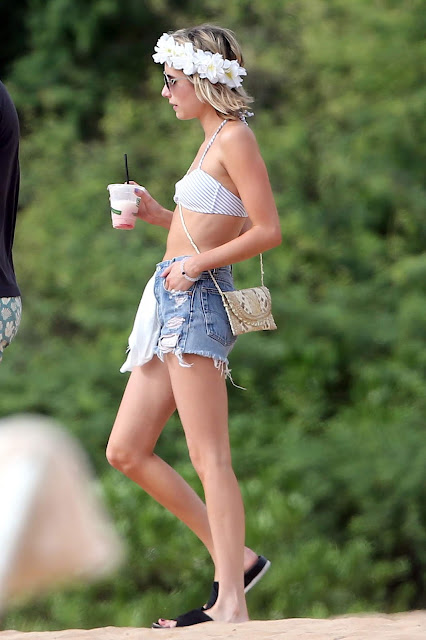 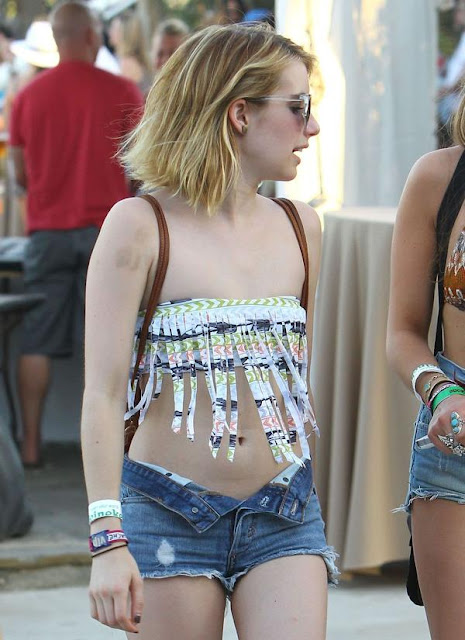 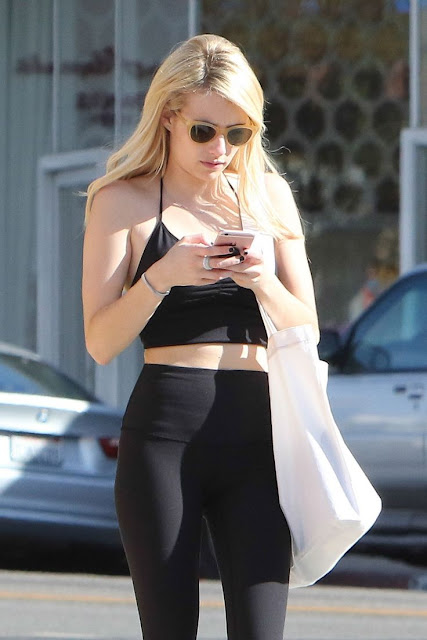 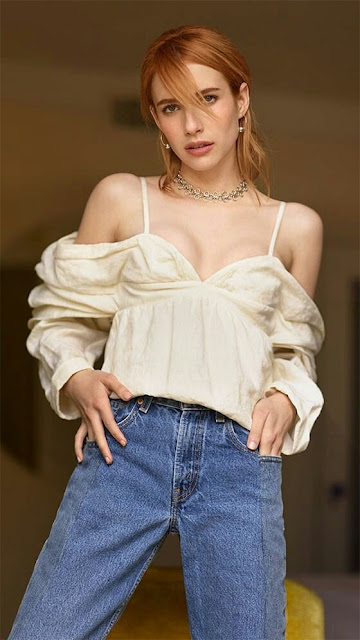 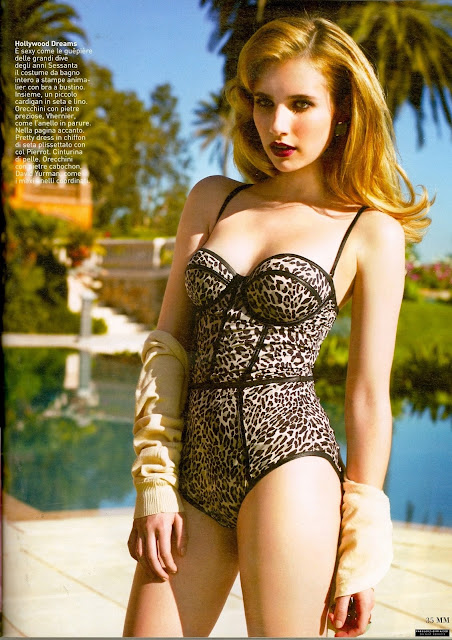 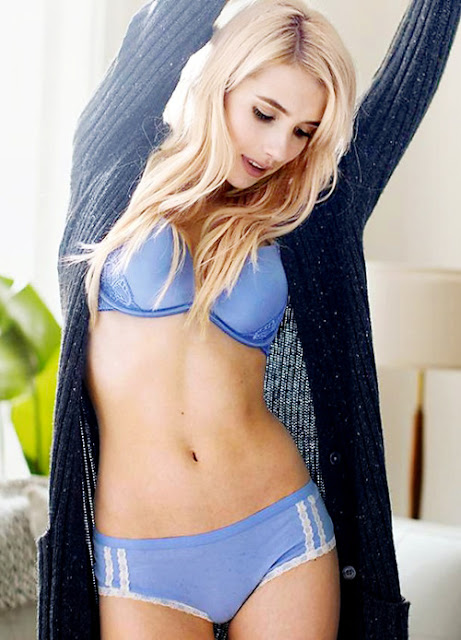 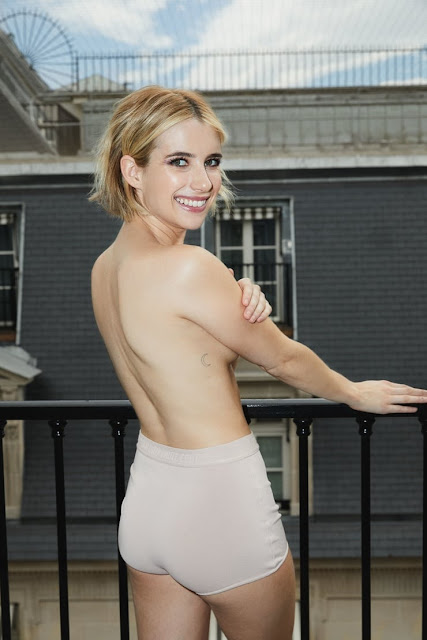 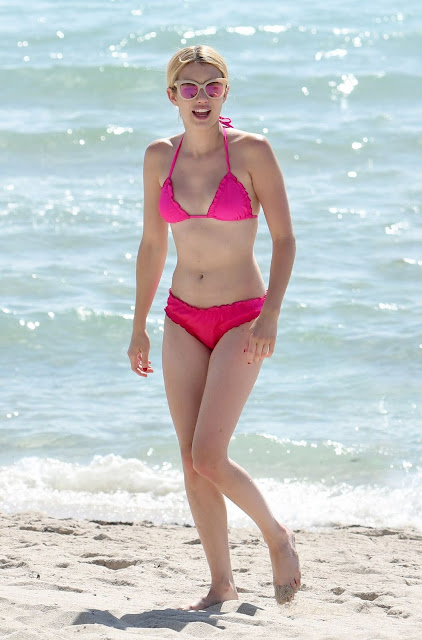 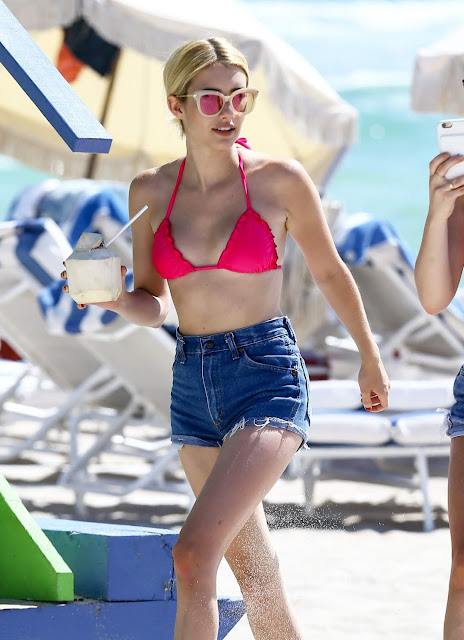 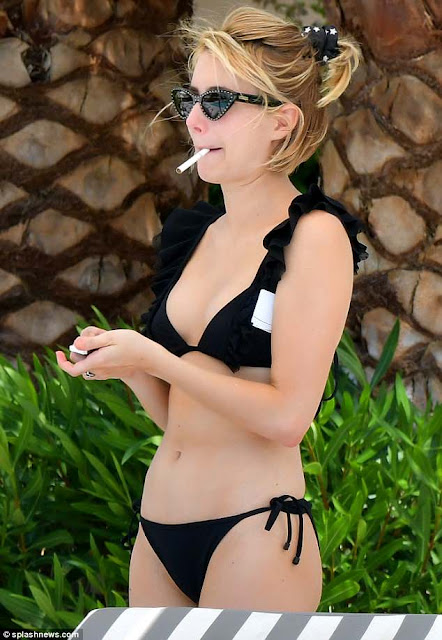 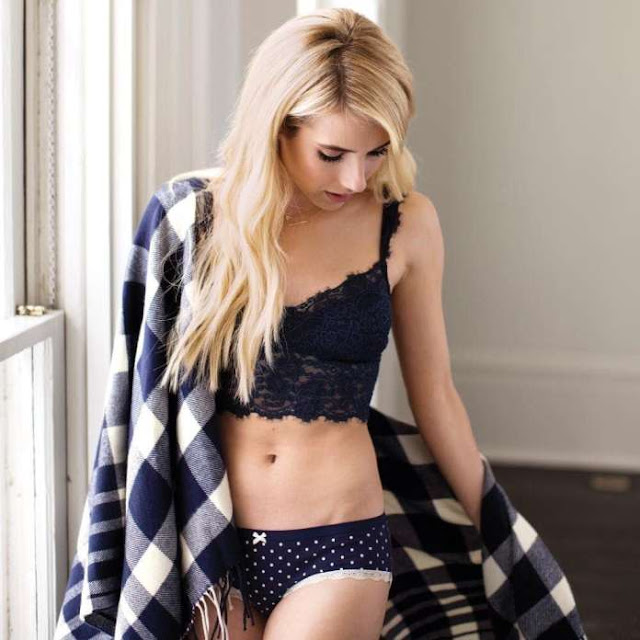 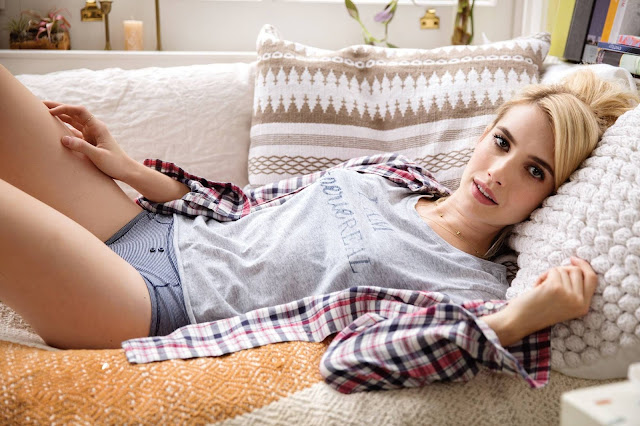 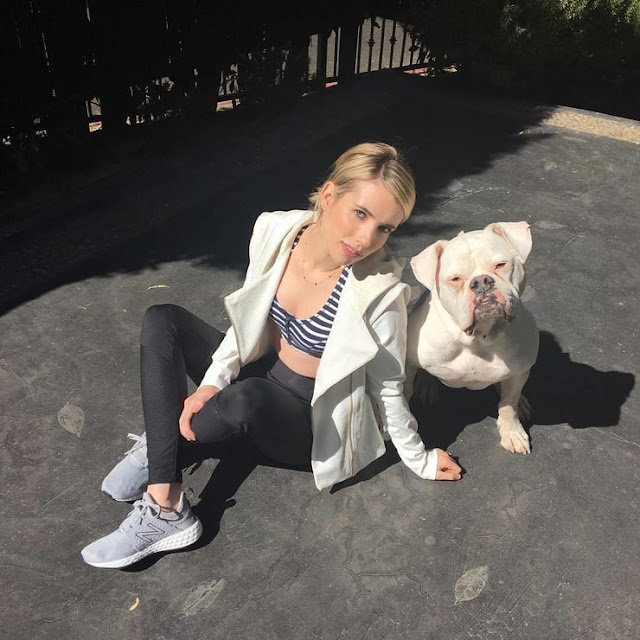 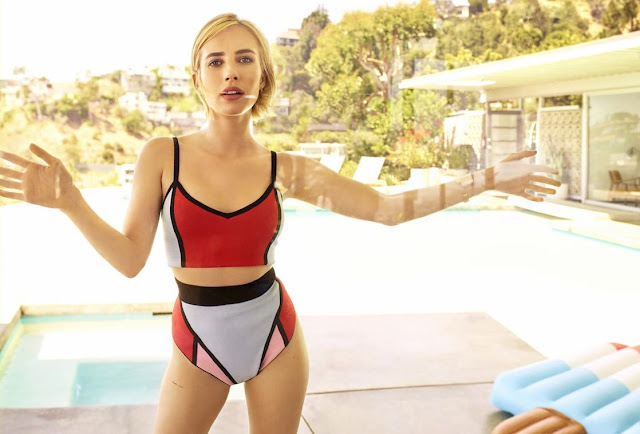