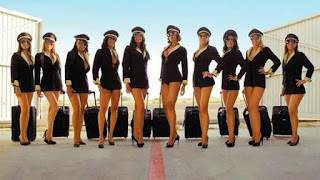 From WUWT: UN flies in 5,000 people to Salt Lake to complain about fossil fuels


How does the United Nations convince people that they are super serious in their outrage about fossil fuels? How about flying 4,000 people from all over the world in fossil-fueled jet airplanes to isolated Salt Lake City to whine about it? Sounds like a good plan to the United Nations bureaucracy, which is sponsoring a sustainability and climate change conference this week in Salt Lake City.

The UN brags that up to 4,000 people are likely to attend, representing more 300 nongovernmental organizations (read, environmental activist groups) and more than 80 countries. There is no compelling agenda, no compelling actions items, and no expected meaningful outcome from the conference. It is simply an opportunity for leftist global activists to get together and express outrage about economic freedom and the existential global climate disruption that is the greatest crisis humanity has ever faced – surpassing Genghis Khan, Adolf Hitler, Josef Stalin, the Black Plague, smallpox, AIDS, and the threat of nuclear war combined. 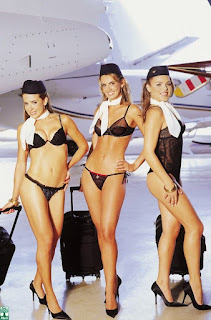 Salt Lake City is an isolated, medium-sized city with little national or international media impact. Most people flying to Salt Lake City for the UN conference will have to make at least one or two connecting flights to get there, exacerbating their carbon footprint for the conference. Why didn’t the UN choose New York or Brussels for such a conference? Because, silly, UN bureaucrats get tired of New York and Brussels and want to go someplace really cool and fun for their events. Carbon footprint, shmarbon footprint.

Seriously, now, if global warming is the greatest existential threat facing humanity, as the UN and Democratic presidential hopefuls claim, why would the UN induce 4,000 people to carbon-bomb the atmosphere with 4,000 multi-leg, roundtrip flights to whine about it? Almost nobody (other than us wonks here at CFACT) really cares or will be paying attention to the conference. Couldn’t they hold the conference at UN facilities in New York or Brussels? Or better yet, couldn’t the conference can be held online for a much lower carbon footprint? . . .

From Pirate's Cove, Surprise: People Will Be Forced To Change Their Lifestyles For ‘Climate Change’


Funny how this so often comes down to Government forcing citizens to change their lifestyles, as demanded by people who won’t voluntarily change theirs


People must use less transport, eat less red meat and buy fewer clothes if the UK is to virtually halt greenhouse gas emissions by 2050, the government’s chief environment scientist has warned.
Prof Sir Ian Boyd said the public had little idea of the scale of the challenge from the so-called Net Zero emissions target.
However, he said technology would help.
The conundrum facing the UK – and elsewhere – was how we shift ourselves away from consuming, he added.
In an interview with BBC News, Sir Ian warned that persuasive political leadership was needed to carry the public through the challenge.

And, while he tries to say this is voluntary, government will force change


“We’ve got to reduce demand to a much greater extent than we have in the past, and if we don’t reduce demand we’re not going to reduce emissions.
“Emissions are a symptom of consumption and unless we reduce consumption we’ll not reduce emissions.
“It will very rarely come down to a direct message like ‘sorry, you can’t buy that but you can buy this’. But there will be stronger messages within the (tax) system that make one thing more attractive than the other.”

So, why are climate cultists not changing their behavior?

Linked at Pirate's Cove in the weekly Sorta Blogless Sunday Pinup and linkfest.
Posted by Fritz at 5:24 PM