I Don't Think That Word Means What She Thinks It Means 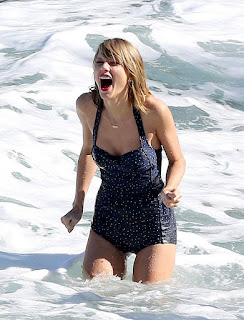 Autocracy. Taylor Swift: Trump thinks his presidency is an autocracy


Taylor Swift has spoken of her disillusionment with American values in an exclusive interview with the Guardian.

The 29-year-old songwriter said she began feeling conflicted about what the US stood for when “all the dirtiest tricks in the book were used and it worked”. The Pennsylvania-born musician described the atmosphere in her home country as “gaslighting the American public into being like, ‘If you hate the president, you hate America.’” 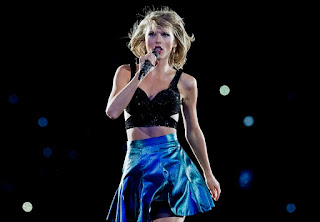 Of Donald Trump’s presidency, she said: “We’re a democracy – at least, we’re supposed to be – where you’re allowed to disagree, dissent, debate. I really think that he thinks this is an autocracy.” The exclusive interview will be in the Guardian tomorrow.

Swift’s remarks are the latest signs of her political awakening. She did not endorse a candidate in the 2016 presidential election, sowing controversy among her fans – and leading to her unwitting adoption as a figurehead by the US “alt-right”. 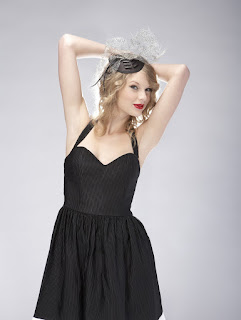 If Trump was such an autocrat, she would be at serious risk of being put in jail, instead of making millions of dollars on sugar pop.


Swift explained that after a period of personal turbulence in 2016, including her mother’s cancer relapse and a high-profile argument with the rapper Kanye West and his wife, Kim Kardashian, she felt unable to be in the public eye: “I was just trying to protect my mental health – not read the news very much, go cast my vote, tell people to vote. I just knew what I could handle and I knew what I couldn’t. I was literally about to break.”

She said her negative public image at the time made her feel “just useless. And maybe even like a hindrance”, adding that she felt “really remorseful for not saying anything”. She confirmed that she would otherwise have endorsed Hillary Clinton for president. 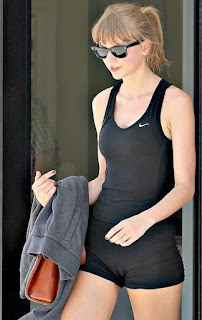 The Guardian met Swift as Tennessee lawmakers were voting to impose a near-total ban on abortion in the state. “Obviously, I’m pro-choice,” Swift said on the matter. “I just can’t believe this is happening.” She pledged to “do everything I can for 2020”.

Shockingly, these public statements came out as she was promoting a new album with an activist slant.


Swift releases her seventh album, Lover, today. Several songs on the record continue her recent activist streak. She rebukes homophobia on You Need to Calm Down and imagines how the public would perceive her if she were male on The Man.

The Wombat has Rule 5 Sunday: Labor Day With Jayne Mansfield up on time and within budget at The Other McCain.