A Walk To the Beach 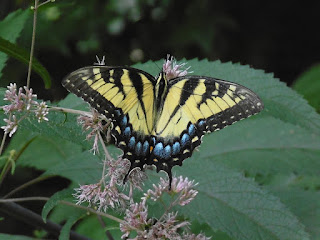 Skye and I headed to the beach shortly after lunch. I found this female Eastern Tiger Swallowtail on some Joe Pye Weed that is growing by the ditch on the street below us. 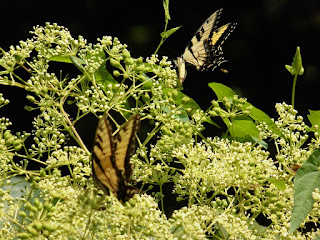 A little further along, some Devil's Walking Stick was covered with them. 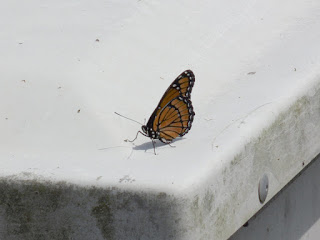 A new butterfly for the year, a Viceroy, a Monarch "mimic" on a boat box at the Harbor. I've seen them a few times over the years, but only around this spot, which has a big willow tree, that they apparently depend on. 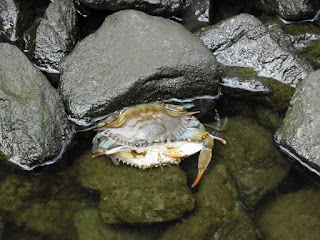 A paid of doubling Blue Crabs in the rocks in the harbor. The male, on top, holds the female while they mate after she shed, and before she hardens again. 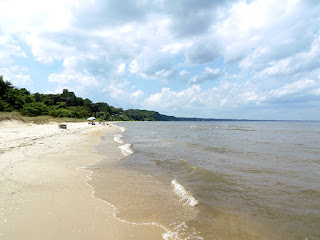 Mixed sun and clouds at the beach. It was a terrible tide, and I only found 3 shark's teeth. 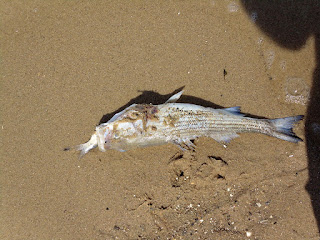 A Striped Bass whose eyes were too big for his stomach, and choked on a Menhaden too big to swallow. 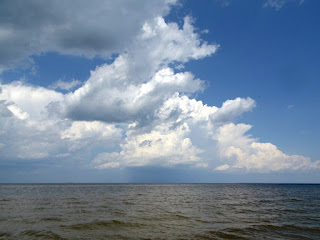 A thunderstorm on the other side of the bay, moving south and away. We could hear the thunder (which upsets Skye). Checking, once we got home, the radar suggests hail.
Posted by Fritz at 4:53 PM