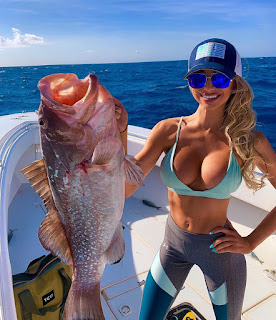 For Fish Pic Friday this week, I'm featuring Capt. Emily Riemer, as featured in the Daily Mail: What a catch! The 'world's sexiest angler', 24, proves she's the reel deal as she nets 100kg fish while wearing VERY tiny bikinis and gaining a huge Instagram following


A 24-year-old angler who sails around Florida's south coast and the Caribbean reeling in huge fish has caught a massive social media following from sharing snaps of her bikini-clad adventures.

Going by Capt. Emily Riemer on Instagram, she has been dubbed the 'world's sexiest angler' and has approximately 139,000 followers. She travels the seas with Kingsmen Fishing on Hooked For Life Charters boasting catches weighing at least 100kg. 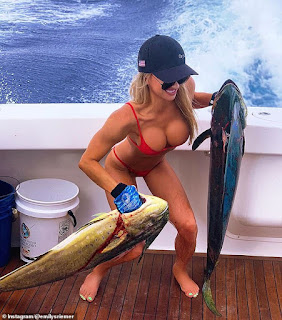 She impresses social media users all while getting to work in barely-there swimwear and says she doesn't even have to hit the gym to keep in shape as fishing is a workout in itself.


"If you gaff a fish there is going to be blood,’ she said. ‘And when you pose with a fish it should be natural and not cleaned up.

"In the heat of the moment, posing after a big catch, it doesn’t make sense to clean up.

"It ruins the authenticity of the moment.

"I know some people might think it odd that I pose like this with the fish, but that’s who I am. I am a practical girl who loves fishing and hunting. And everything I pose with, I have caught."

The Wombat has Rule 5 Sunday: Labor Day With Jayne Mansfield up on time and within budget at The Other McCain. 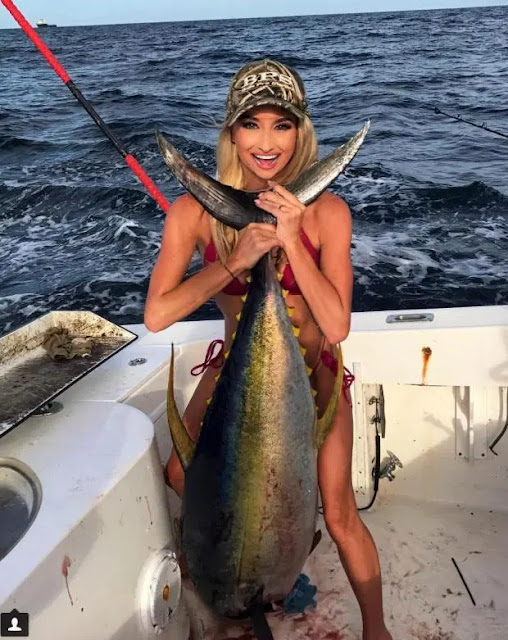 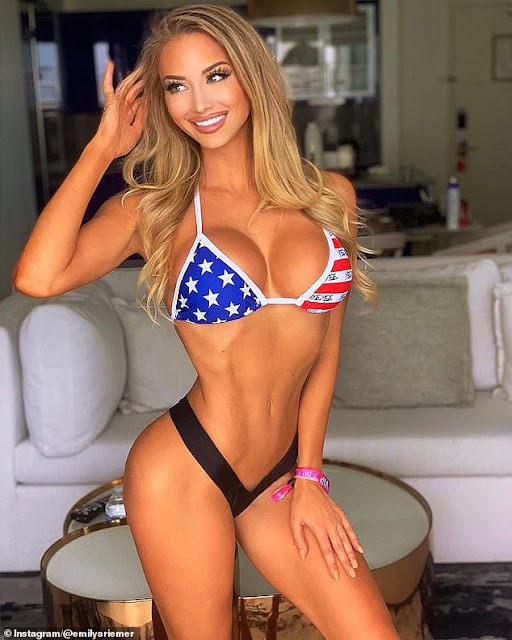 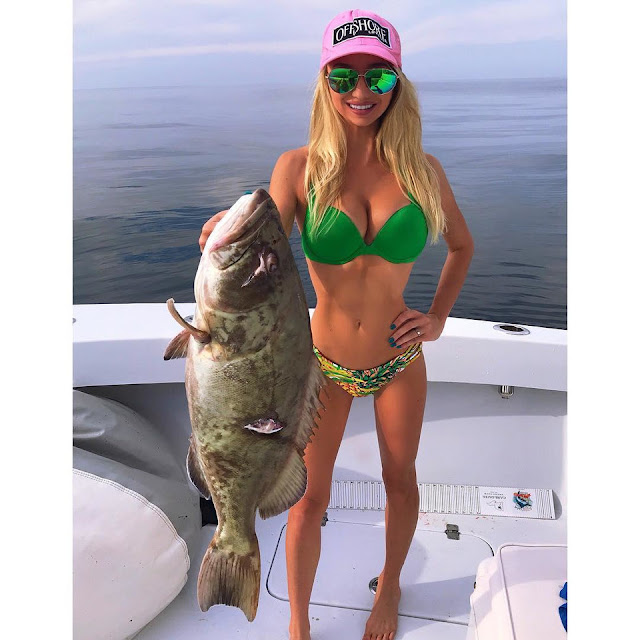 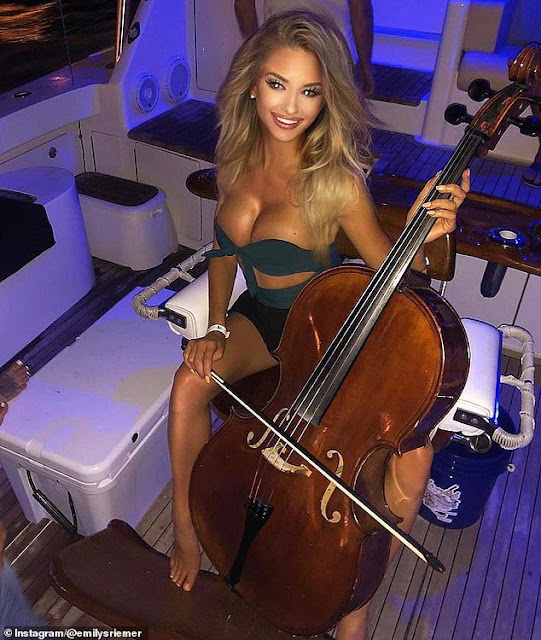 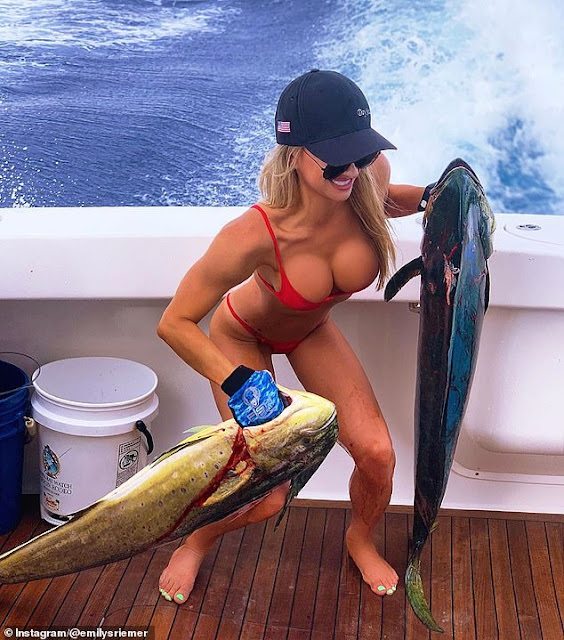 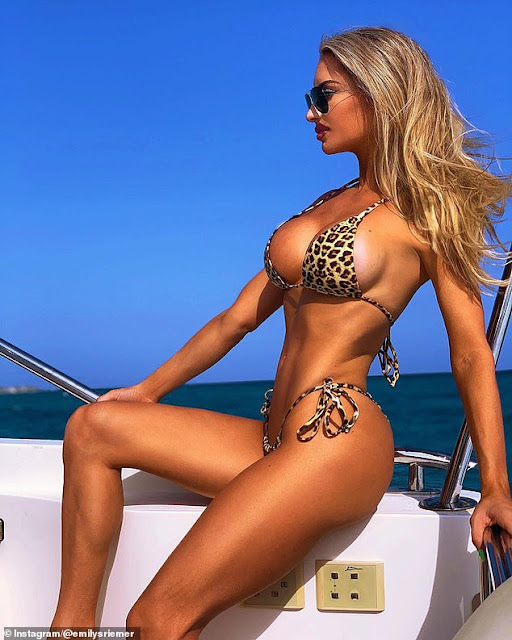 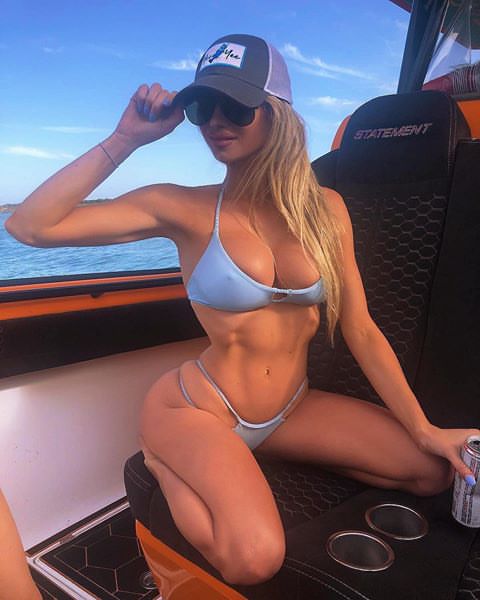 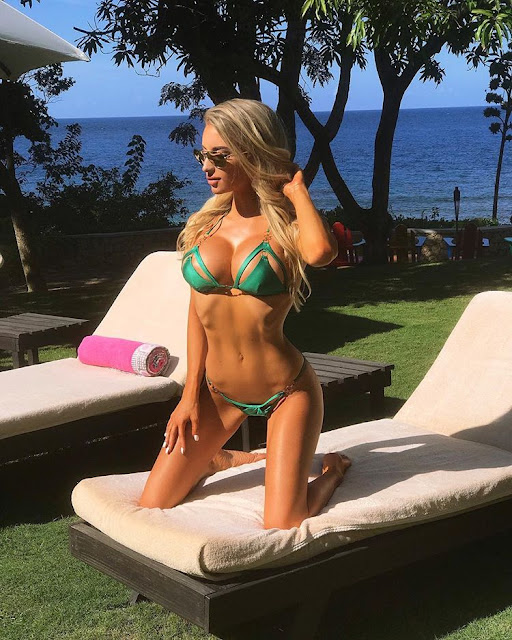 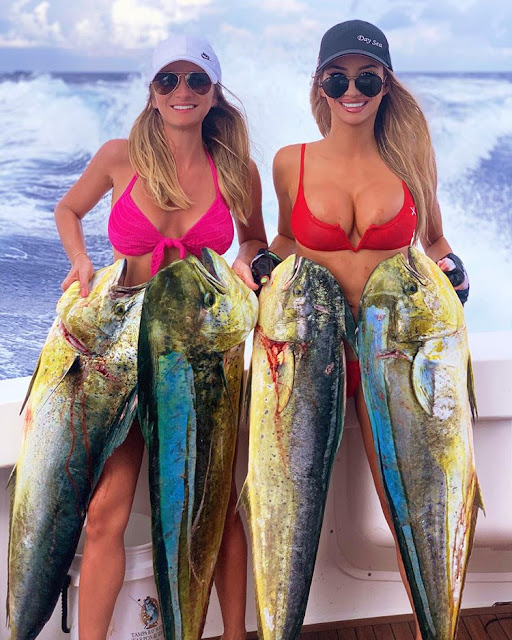 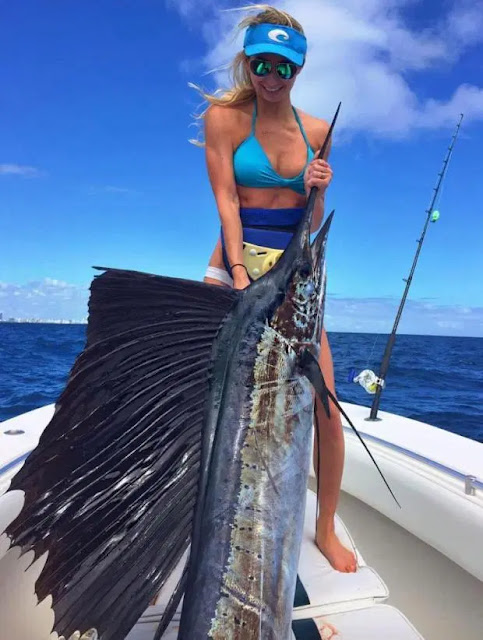 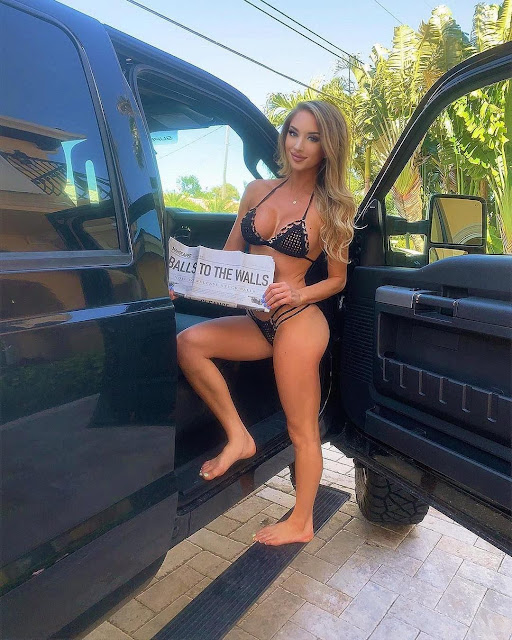 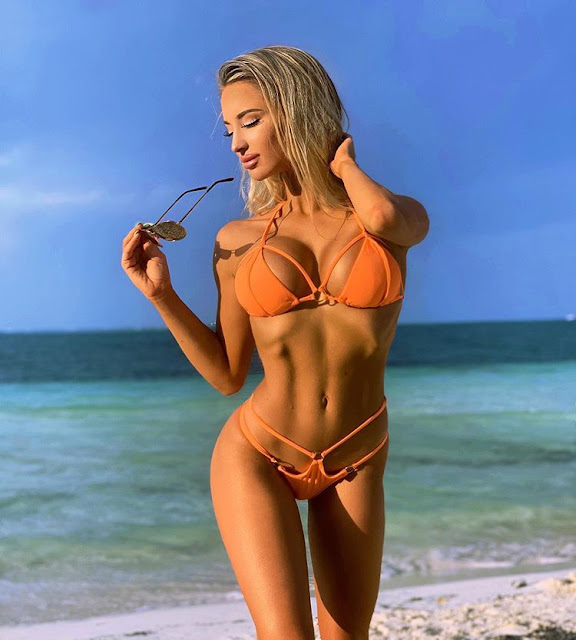 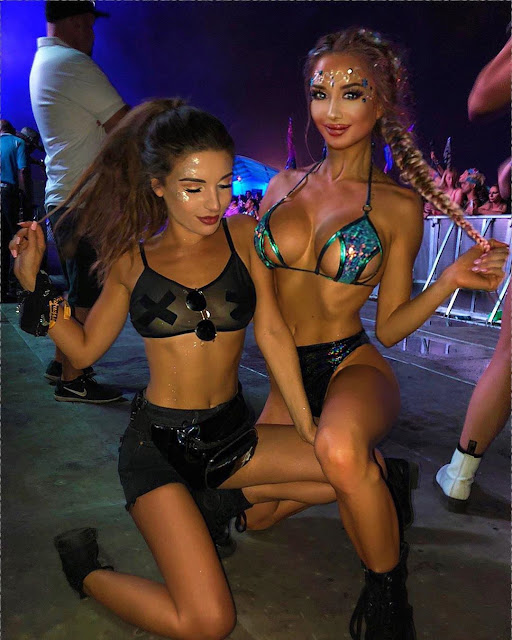 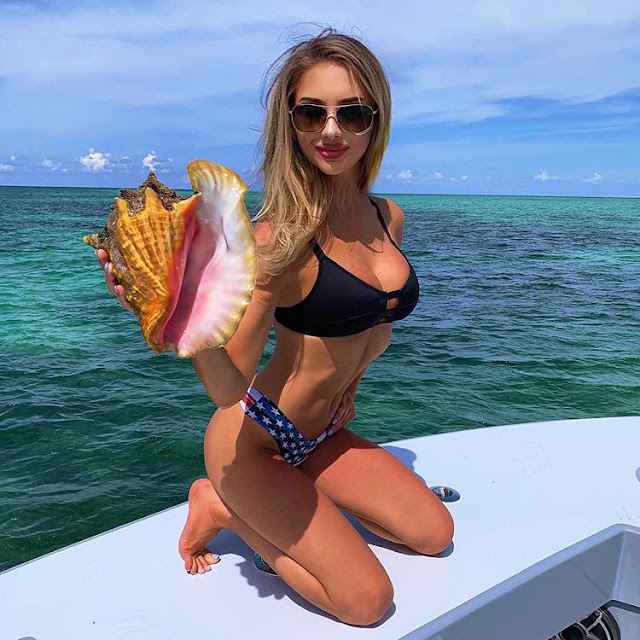 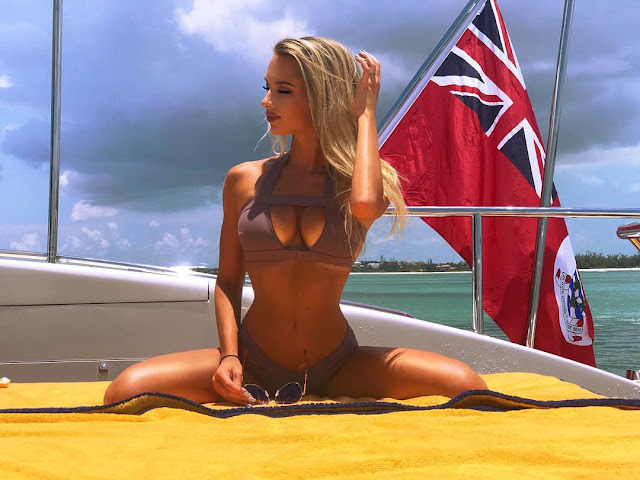 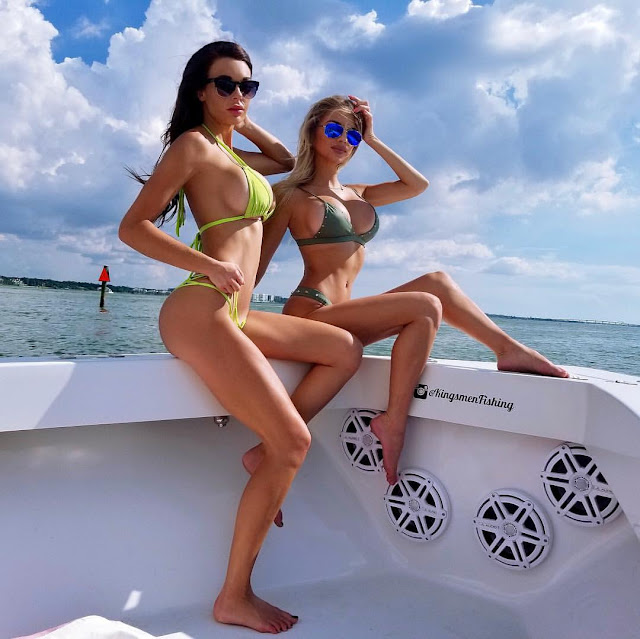 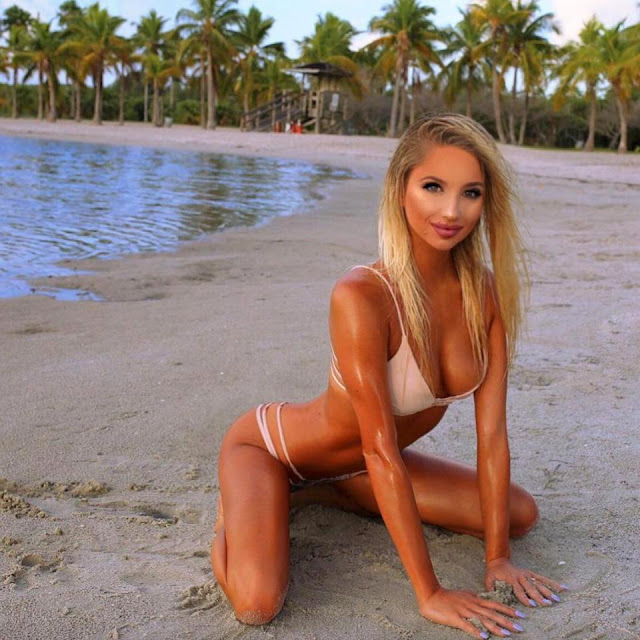 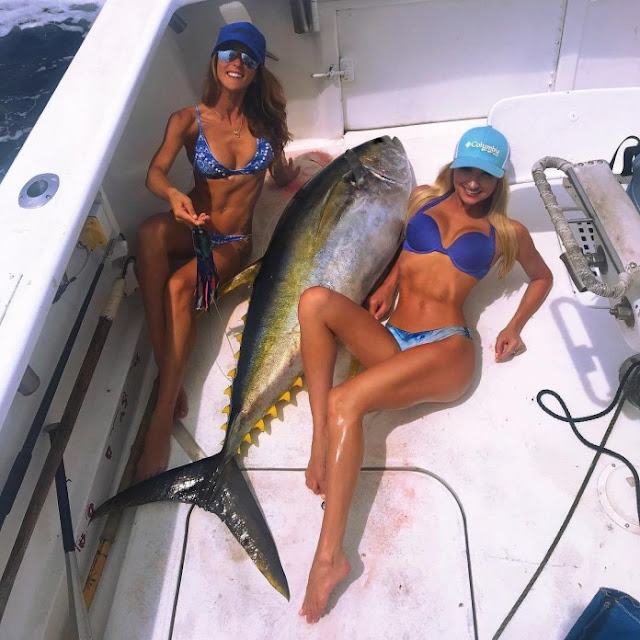 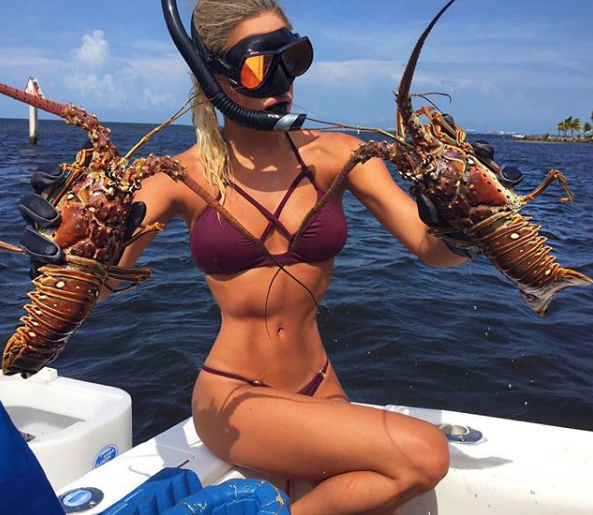