Brown Trout of the Anacostia River 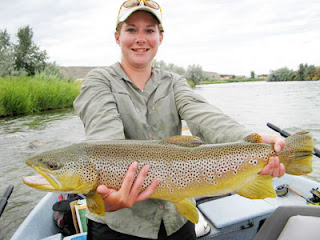 
As the story goes, the first person to spot a trout rising in Paint Branch in the 1970s — a Maryland stream that already passed under a half-dozen highway ramps on its way to the Anacostia River — could hardly believe it. And despite increased development in the surrounding landscape since then, the trout have continued to persevere and reproduce in a Paint Branch tributary called Good Hope. 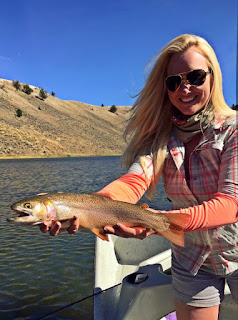 But they may soon be little more than urban legend.

For 40 years and counting, Maryland’s Department of Natural Resources has documented the little-known presence of wild brown trout in the relatively cool waters of the Good Hope. For half of those decades, every November, biologists could walk to a particular spot along the stream and see spawning beds, where trout had fertilized and covered eggs for protection through the winter. And every spring and summer, for just as long, biologists could find the fish returning to feed and shelter beneath tree roots hugging the shore. 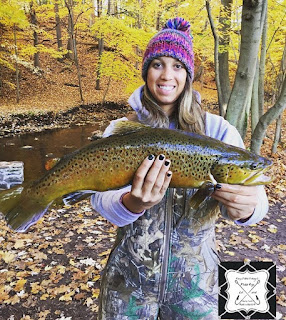 “You could set your watch by it,” said Mark Staley, a DNR biologist who’s been participating in the annual counts since the late ’80s. “It’s remarkable that this stream was here and that it maintained the quality that it had for so very long.”

When the counts began in 1979, electrofishing surfaced nearly 40 brown trout in the Good Hope, a tributary to Paint Branch that serves as the trout’s central spawning grounds. There were trout of various sizes and newly hatched juveniles. Those numbers peaked at just more than 50 in the mid-1990s, but have been declining steadily since 1999. 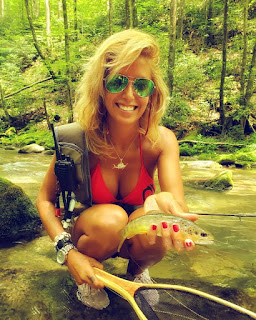 “I’m sure they’re still attempting to spawn, but either the substrate’s not conducive or the winter floods mess up the nests, or other factors don’t allow the reproduction that’s taking place to be successful,” Staley said. “There’s no smoking gun. There are multiple tipping points.”Last year, officials counted just five adult trout in the Good Hope, all around the same age, which indicates that recent spawns have not been successful. When they look again later this summer, Staley hopes they’ll find at least one.

Brown trout are not native to the United States but were introduced from Europe as a popular sporting fish. Officials think they came to Paint Branch waters in the 1930s.

“Brownies,” as well as the more sensitive native brook trout, are good indicators of stream health because they need cool, clean water to reproduce. They disappear when those conditions aren’t met.

A couple of friends of mine used to fly fish for the Brownies in Paint Branch. I wonder if they're still at it? It's curious what you'll find if poke around in out the way places.

The Wombat has Rule 5 Sunday: Control Issues up and running at The Other McCain.
Posted by Fritz at 4:00 PM