One of DCs Cherished Landmarks Threatened by Climate Change?

The Tidal Basin, framed by cherry trees and the Washington Monument, is a masterpiece of 19th century engineering, and a marvelous spot to take a selfie or an engagement photo. But it’s also sinking into the Potomac River, and threatened by climate change and neglect.

The Tidal Basin is among the 11 most endangered historic places in 2019, according to a list put out each year by the National Trust for Historic Preservation published Thursday. The list highlights places that are important to the nation’s architectural or cultural history that are at risk of irreparable damage.


So what’s wrong with the Tidal Basin? There are three main threats, and they are all intertwined. First: subsidence. Washington, D.C. is sinking—along with much of the land in the region—thanks to long-term geological forces. At the same time, climate change is causing sea levels to rise. The Potomac River has risen 11 inches already over the past 90 years. By 2080, the U.S. Army Corps of Engineers expects the river to rise by as much as another 3.4 feet. Already, the narrow sidewalks around the basin flood on a daily basis.

Thirdly, human neglect of aging infrastructure is threatening the basin. The National Park Service has billions of dollars in deferred maintenance across the park system, and estimates it would cost $500 million to restore the Tidal Basin.

The basin’s history dates back to the 1880s. The “Potomac Flats” were an expanse of sewage-filled mud and a breeding ground for malaria. Aside from aesthetics, the silty waterfront also caused problems for shipping. The solution, devised by the Army Corps, was to dredge the river and use the fill to build parks. The Tidal Basin’s role was to use the force of the changing tides to flush silt from Washington Channel, to keep it navigable. 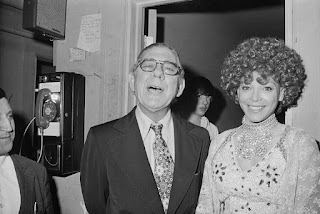 But only a few of us may remember the important role the Tidal Basin played in American history:


Fanne Foxe (born Annabelle Battistella on February 14, 1936, in Nueve de Julio, Argentina) is a former stripper, best known for being involved in a 1974 sex scandal surrounding Arkansas Congressman Wilbur Mills, in what is reputed to be one of the most reported political sex scandals of the 1970s. She is on the Time list of Top 10 Mistresses, and on the Bloomberg list of Top 10 U.S. sex scandals. 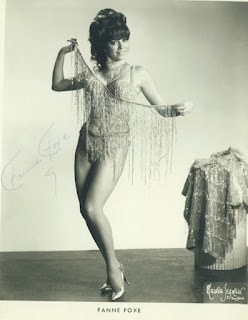 Until the incident with Foxe, Mills was considered one of the most powerful members of the United States House of Representatives. In fact, he was a contender for the Democratic nomination for president in 1972. Around that time period, Mills was having an affair with Foxe, a local stripper. On October 7, 1974, the two of them had been drinking and were driving near the waterfront in Washington, D.C. at around 2:00 a.m. The park police pulled the vehicle over, and Foxe attempted to flee the scene by jumping into the Tidal Basin. The incident attracted much publicity, and eventually led to Mills' resignation two months later as Chairman of the House Ways and Means Committee. He was re-elected to his congressional seat in 1974, but he did not run for re-election in 1976. 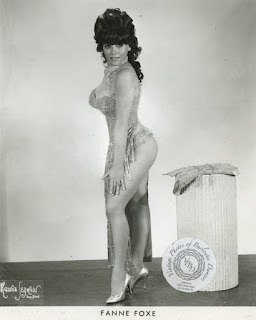 After the Mills incidents, Foxe continued working as a stripper, changing her stage title from "The Argentine Firecracker" to "The Tidal Basin Bombshell". Capitalizing on her notoriety, she was able to increase her appearance fees for subsequent performances at clubs. When hired by Michael Pinter Jr. for a December '74 show at Club Juana in Orlando, Florida she upped her fee for a two-week stint from $3,500 to $15,000 a week. On December 12, 1974, during the first week of her engagement, she was arrested for indecent exposure, allegedly after going completely nude (NSFW) during her act.  Club owner Pinter was arrested for letting it happen. When arraigned on December 21, both Foxe and Pinter entered innocent pleas to the charges. The charges against both were dismissed on January 28, 1975, when the judge ruled that prosecutors failed to prove their case. After the Florida incident, Foxe announced her retirement from the stage.  However, in 1976 she performed, but not as a stripper, at The Riverboat at the Empire State Building.

So the Tidal Basin, in a way, saved us from President Wilbur Mills!

Wombat-socho has Rule 5 Sunday: Monica Bellucci up and on time. 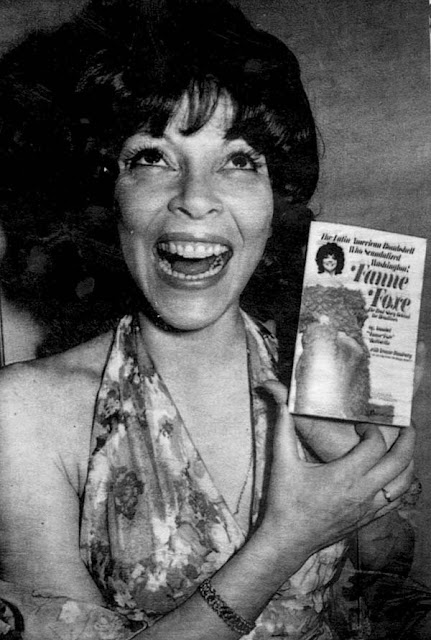 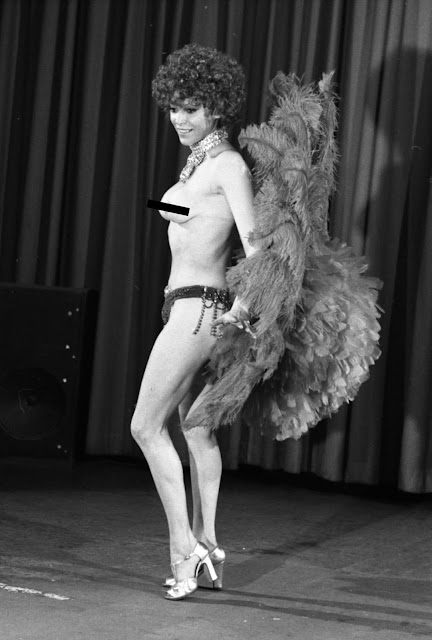 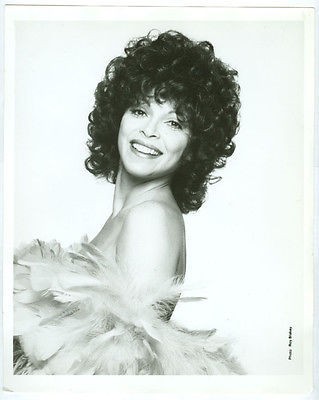 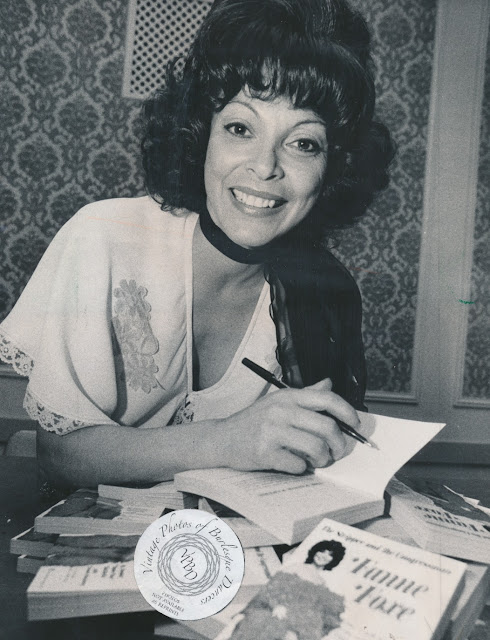 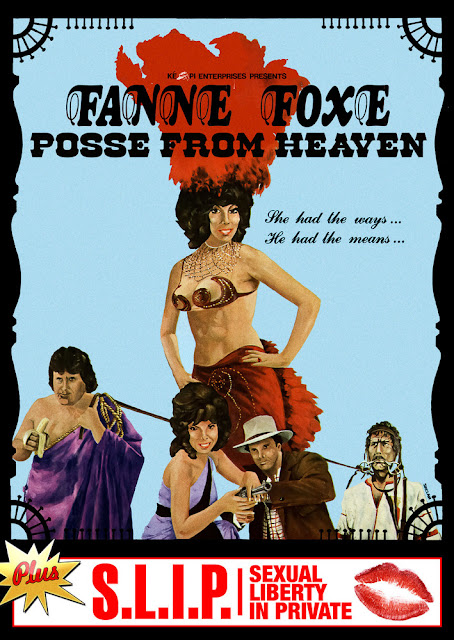 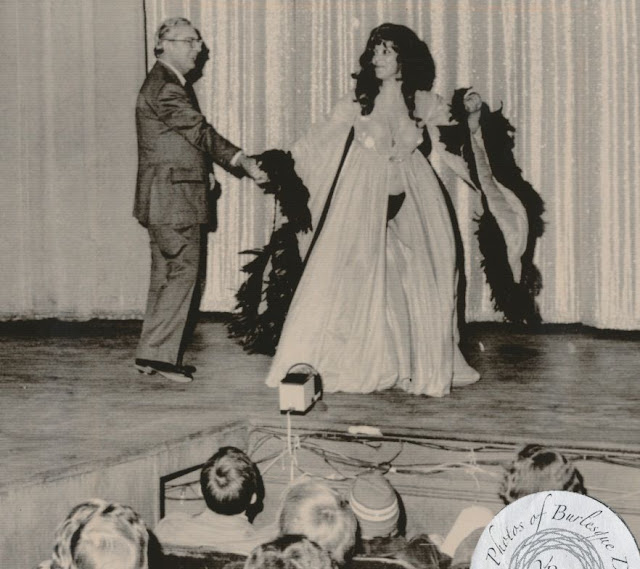 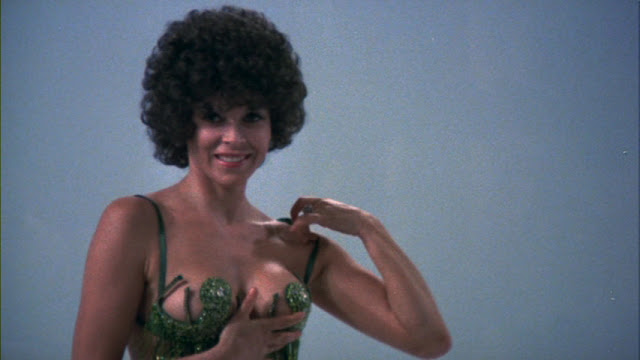 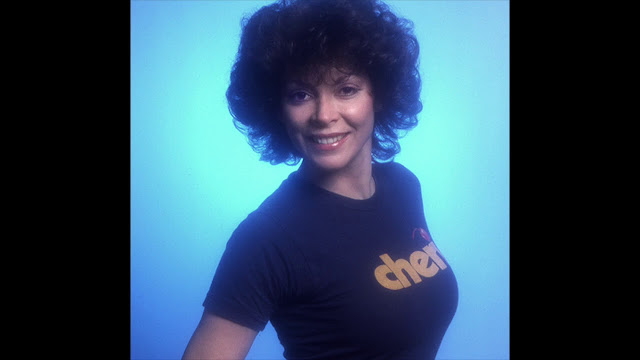