Femen Takes on the Coz


A topless protester who charged at Bill Cosby as he arrived at his sexual-assault retrial Monday morning has been identified as Nicolle Rochelle, a 39-year-old actress who appeared in four episodes of “The Cosby Show.” 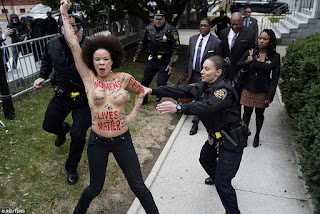 The Associated Press reports that Rochelle jumped over a barricade outside the Montgomery County Courthouse in suburban Philadelphia and got within a few feet of the comedian, 80, who has been charged with drugging and molesting a woman in 2004. Rochelle, a resident of Little Falls, N.J., was obstructed by sheriff’s deputies and charged with disorderly conduct.

Rochelle belongs to Femen, an international feminist group whose name she had written on her torso in paint alongside the phrases “Women’s Lives Matter” and “Cosby Rapis[t]” and the names of more than 50 Cosby accusers. Femen leader Inna Shevchenko told the AP that Rochelle was defending the alleged victims and called her protest the group’s “contribution to the global revolt launched by #MeToo.” 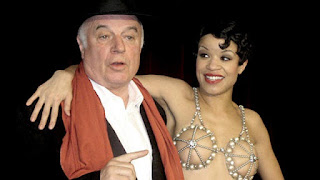 Rochelle, credited as Nicole Leach, played a friend of Rudy’s on “The Cosby Show.” She also starred in children’s programs “Shining Time Station,” “The Baby-Sitters Club” and “Clarissa Explains It All” in the 1990s. Cosby spokesman Andrew Wyatt commended the deputies for intercepting Rochelle and told the AP, “You never know who’s going to want to make a name for themselves.”

I'm sure a good time was had by all.

A week late and twice as big due to tax season, Wombat-socho has "Rule 5 Sunday: Not Your Normal Graduation Picture" ready for business. 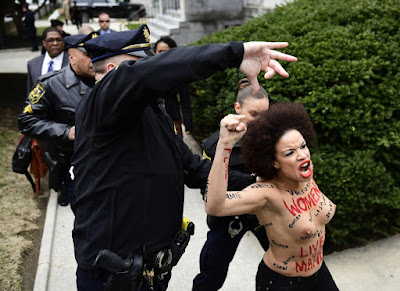 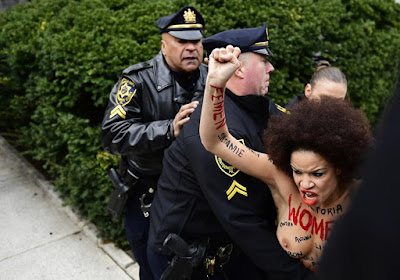 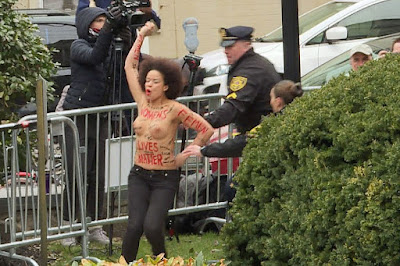 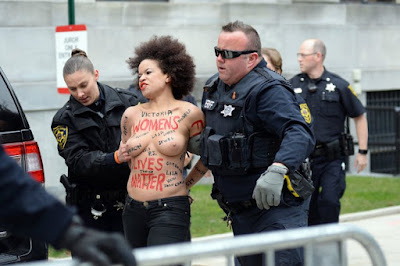