The FBI in Fantasy Land

The Radical Freedom of Dungeons & Dragons

You might not recognize the name Gary Gygax. But even if you've never rolled a critical fail on a d20, you have almost certainly consumed some movie, TV show, book, comic, computer game, or music influenced by Gygax's most famous creation: Dungeons & Dragons, the world's first and most popular role-playing game.

The FBI certainly knew who he was. Between 1980 and 1995, agents compiled a dossier on the gaming company TSR Inc. and Gygax, its founder. In 1980, a note on TSR stationary about an assassination plot drew the FBI's attention, leading to a search of the company's offices in Lake Geneva, Wisconsin. The note turned out to be materials for an upcoming espionage game. 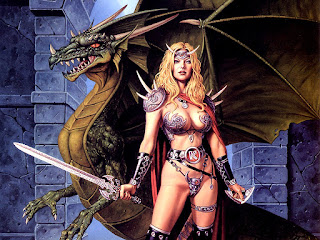 I'll bet that was a fun raid!


In 1983, an FBI field report about an investigation into a cocaine trafficking ring in Lake Geneva cryptically references Gygax—but whatever his alleged role was, it has since been heavily redacted by the Bureau.

The company appears again in FBI reports from 1995, as part of the agency's sprawling investigation into the Unabomber. The FBI was apparently looking into a possible tie between the string of then-unsolved bombings and a bitter legal dispute between TSR and a rival gaming company in Fresno, California. 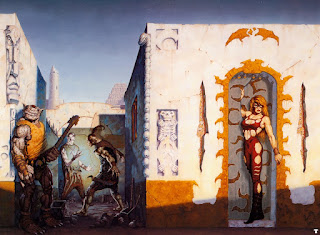 Funny how it ended up being an acolyte of Al Gore instead.


In an FBI field report describing the convoluted history of TSR, one source at the company describes the father of role-playing games as "eccentric and frightening," a "drug abuser" who is "known to carry a weapon and was proud of his record of personally answering any letter coming from a prisoner." He would be extremely uncooperative if the FBI tried to interview him, the source warned.

The report also claims Gygax set up a Liberian holding company to avoid paying taxes and "is known to be a member of the Libertarian Party." 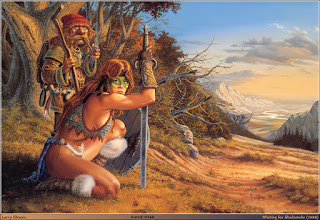 Oh my God! A member of the libertarian party!


The sinister-sounding allegations in Gygax's FBI dossier (obtained by Reason via a Freedom of Information Act request) hint at an explanation. It's not a surprise the game's creator was a self-declared libertarian or a proud pen pal of prison inmates. He was an individualist at heart who had always chafed against discipline. That perpetual inclination to seek out ever more possibilities—"why not?" rather than "why?"—is baked into D&D. The same thing that drew the ire of overheated evangelicals and parent groups is leading to the game's newfound popularity today. 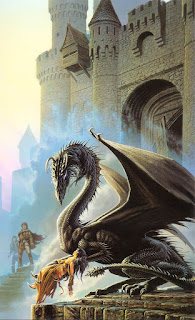 Really? I thought computers had taken over completely.


D&D is a deeply libertarian game—not in a crude political sense or because its currency system is based on precious metals, but in its expansive and generous belief in its players' creative potential. It's collaborative, not competitive. It offers a framework of rules, but no victory condition and no end. The world you play in, and how you shape it, are entirely up to you.

In the afterword to the original D&D manuals, Gygax encouraged players to resist contacting him for clarification on rules and lore: "Why have us do any more of your imagining for you?"

Lots more on Gygax and D&D at the link.

I used to play D&D back in grad school, as a way of dithering on my dissertation work. I induced a few fellow students, and Ted into it, and I was the "dungeon master". I also played it with my kids a bit.  It is a tremendous time suck, since it takes a lot of time to conceive even a semi-comprehensive world.

A week late and twice as big due to tax season, Wombat-socho has "Rule 5 Sunday: Not Your Normal Graduation Picture" ready for business.
Posted by Fritz at 6:00 AM