A Trickle of Russiagate

Pretty small compared to the gushers of the last few days. Is the shine starting to wear off this toy? 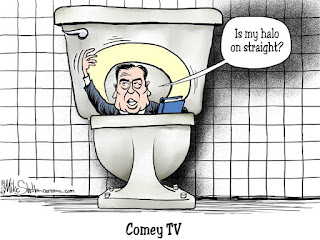 Even WaPo notices that Jim Comey's book signings are attended more by the media and corruptocrats than the public: James Comey threw a book party for all his friends — in the media


Half the country hated him for how he handled the FBI’s investigation into Hillary Clinton, and the other half cannot stand him for his cutting commentary on President Trump. So, who is left to show up when Jim Comey hosts a book party in Washington, D.C.?

Members of the media, of course! 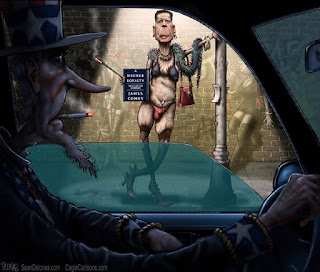 Former director of national intelligence James Clapper was at the party, too, telling anyone who would listen that his tie — checked with little martini glasses — made a cameo on page 201 of Comey’s book.

“I’m a friend and admiring colleague of Jim’s, and I wanted to be here for him,” Clapper said.

He continued: “The real reason I came is because my book comes out next month, and I wanted to see how these things worked.” 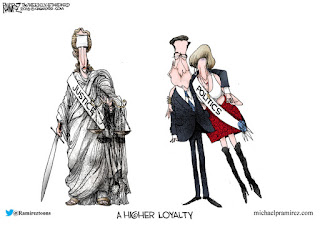 Did McCabe issue ‘Stand-Down’ order on FBI Clinton Email Investigation?. Yes, and the Clinton Foundation investigation too, after his wife took a few hundred grand in campaign donations from a Clinton crony, Terry McAuliffe. But there was no conflict of interest, right? But to be fair, his bosses in the Obama DOJ were pretty much ordering him to drop, or at least stall the investigations until after the election, at which point she would be free to stifle them entirely. Obstruct justice much?


A coalition of news organizations are asking a federal court to make public materials used by special counsel Robert Mueller to obtain search warrants in his probe into Russia's role in the 2016 election.

The Washington Post, The New York Times, CNN, Politico and The Associated Press filed a joint motion on Tuesday asking a court to unseal affidavits, warrants and seizure records filed by Mueller's team, the Post reported.

The motion argues that the sealed materials could contain information of public interest and provide details about the direction of Mueller's investigation and the basis for FBI raids. 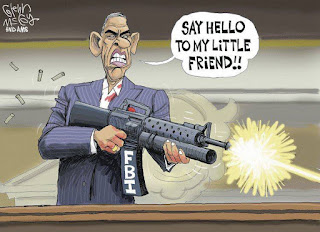 I'm interested too, but probably not for the same reasons they are. How the Mueller investigation affects the stock market: The Mueller Risk Index: Wall Street's newest tool to navigate how much to freak out about the Russia probe


As Donald Trump's roller coaster presidency continues to unfold, one firm has developed a new barometer to help Wall Street navigate the turbulence.

The firm calls it the Mueller Risk Index.

Named after the special counsel Robert Mueller, the index was developed by the political risk consulting firm GeoQuant to help Wall Street gauge the impact the FBI's Russia investigation has on the Trump administration and the markets.

GeoQuant uses a semi-automated process to test the market's response to developments, both big and small, in the Russia probe. In particular, the firm uses a combination of artificial intelligence and human analysis to forecast the index about a month out.

Weatherman are lucky to get a weather forecast right 5 days in advance. I can't see this working for 30. But hey, it's not my money. I think. Orrin Hatch uses the WSJ to weigh in on congressional plans to protect Mueller from being fired. Protect Mueller, but Not Like This. I still think Trump needs to interrogate Meuller under oath.

Some inside baseball for those who care: Ex-Obama Lawyer Who Worked With Manafort On Ukraine Project Abruptly Leaves Law Firm. What do you call it when a plane full of Washington lawyers crashes in the Potomac River? A good start.

Michael Cohen to take the 5th in the Stormy Daniels matter. I don't really understand how this works, but OK:

JUST IN: Michael Cohen formally states that he will assert his 5th Amendment rights against self-incrimination in Stormy Daniels' civil case in California due to the ongoing criminal investigation against him in New York. https://t.co/20IadXjivo pic.twitter.com/11OQk3OVuT
— Chris Geidner (@chrisgeidner) April 25, 2018 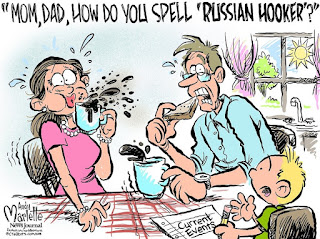 Probably for the best. A new rule for journolists, after the Hannity crisis? After Hannity revelation, personal data to be required for journalists by Trump Administration.


Henceforth, all practicing journalists in the United States must fill out a required Form for Transparent Journalism and file with the U.S. Office of Journalism that the Trump Administration has now established by executive order within the Department of Justice, retroactive to April 1, 2018. It is known informally as “The Hannity Rule.”

The form is reprinted below:

US Government Form 666
Department of Justice
Office of Journalism