The Cohen raids have sent the interwebs buzzing:

John Ziegler: No, Mr. President, the FBI Raid on Your Personal Lawyer Was NOT an ‘Attack on Our Country’


Barack Obama’s 2008 presidential campaign was caught hiding the sources of 1,300 large campaign donations, aggregating to nearly $2 million. The campaign also accepted more than $1.3 million in unlawful donations from contributors who had already given the legal maximum.

Under federal law, such campaign-finance violations, if they aggregate to just $25,000 in a calendar year, may be treated as felonies punishable by up to five years’ imprisonment — with offenses involving smaller dollar amounts punishable by incarceration for a year or more. (See Section 30109(d) of Title 52, U.S. Code, pp. 51–52 of the Federal Election Commission’s compilation of campaign laws.)

The Obama campaign did not have a defense; it argued in mitigation that the unlawful donations constituted a negligible fraction of the monumental amount it had raised from millions of “grass-roots” donors. Compelling? Maybe not, but enough to convince the Obama Justice Department not to prosecute the Obama campaign — shocking, I know. During the Christmas holiday season right after the 2012 campaign, with Obama safely reelected and nobody paying much attention, the matter was quietly settled with the payment of a $375,000 fine.

Patterico: Calm Down About the Cohen Raid


Back on the first hand, I think Hugh Hewitt is right that this is a politically unprecedented move to go after the president’s lawyer and, by extension, the president’s private papers. Which means that whatever warranted this had better be big enough and clear enough to the public to justify such a move, or a lot of people are going to have egg on their faces.

More from Allah: Confirmed: Rod Rosenstein Signed Off On The Michael Cohen Raid

Axios: Inside the West Wing with Trump enraged


Until now, when storms hit, Trump could turn to Hope Hicks to explain things to him, suggest wording, simmer him down. With her departure from the White House, we saw the president working out his fury in real time.

Ed Morrissey: Trump Souring On Idea Of Talking With Mueller After Cohen Raid Ya think?

Ace: Mark Levin: It's Time for Jeff Sessions to "Step Aside"


He's not AG for the purposes of the most consequential legal matter before the Justice Department, and the stuff he's pushing as AG -- cracking down on state pot sales, fighting against efforts to reign in the regime of civil forfeiture -- seem decidedly secondary in importance, if not flatly wrong. 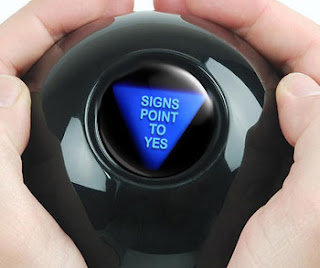 Allah:  Does The Media Want Trump To Fire Mueller?

Da Beast: A Second Paul Manafort Associate Has Turned on Him - the guy with the key to the storage shed.

A few dribbles of non-Cohen Russiagate:

Jazz Shaw: Can We Just Say It? Loretta Lynch Is Lying. The list of liars is long, and getting longer.


I wouldn’t have even selected this story for additional coverage here if it weren’t for the fact that I don’t think we need to be pussyfooting around what Lynch is doing here (if you’ll pardon the phrase). The fact is that we will never know beyond a shadow of a doubt what went on or exactly what was said during that meeting on the plane. Presumably, there was nobody else allowed in the meeting nor was there any recording of it or we might have heard about it by now. But that doesn’t mean that we can’t apply a bit of common sense and point out a situation where the emperor obviously isn’t wearing any clothes.
. . .
Captain Louis Renault would be more believable saying that he had no idea about gambling going on in the casino.

Polizette's Kathryn Blackhurst : Rep. Mark Meadows Is ‘Tired’ of the DOJ’s Subpoena ‘Excuses’ Yeah? Well vote to cut their budget or something or put Rosenstein in jail.


"Yesterday we had the FBI raid the president's attorney's residence and his business and got information that's privileged information," Jordan said. "Yet when Hillary Clinton had 60-some thousand emails ... they got to decide on the front end."