America is Ready for Sexbots

A new study asked 2,000 Americans their thoughts around the concept of “sexbots,” robots that you can, well, have sex with, and found that curiosity would get the better of one in four Americans who said they’d have sex with a robot at least once just to try it.

However, a captivated 16 percent of Americans polled are already all the way on board with the idea of sexbots, saying they would have sex with a robot “frequently” were they readily available. 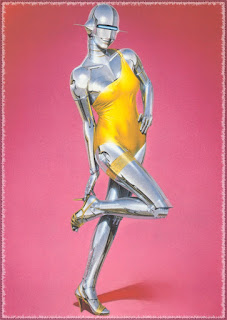 Liars. It's way higher than that.


These fascinating results emerged from a new survey conducted by sex toy shop EdenFantasys.com, which also revealed that men were 21 percent more likely to say they would have sex with a robot.


The survey went on to ask people how much they’d pay for their ideal sex robot and found that the average American would pay an astonishing $1,666 for their perfect idea of a sexbot, with men willing to shell out an extra $560 more than women.

Men are generally more gadget friendly than women anyway. But I would think a really good sexbot would cost as much as car; but not as much as a wife.


So, what is that ideal sexbot exactly? The study went on to explore that idea, finding that 41 percent of Americans would prefer their sexbot to be capable of talking, creating memories and having sentience. 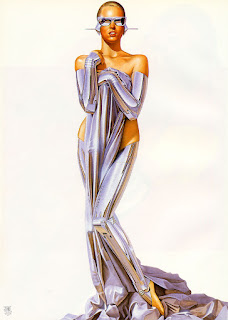 Really? I would think having the ability to make them forget would be highly desirable. I think I even saw that on an epidsode of Humans.


And while it was near overwhelmingly agreed upon that a realistically human-looking sexbot is preferred, there was still a curious 4 percent of respondents who said they would rather have sex with a robot that looked more like a traditional robot.

Gemma Chan made an excellent sexbot.

Linked at Pirate's Cove in the weekly "Sorta Blogless Sunday Pinup" and links. Wombat-socho has "Rule 5 Sunday: Crash Test Girl" up and running at The Other McCain.
Posted by Fritz at 6:00 AM