Reason #5915 That Trump Was Elected


U.S. President Donald Trump signed a memorandum on Friday ordering the end of a policy, known as “catch and release,” in which illegal immigrants are released from detention while awaiting a court hearing on their status.

As part of the memo, Trump asked Defense Secretary Jim Mattis to produce a list of military facilities that could be used to detain illegal immigrants.

I'm not sure I want to see them housed at military bases. Maybe he could take over HUD offices across the country for them. 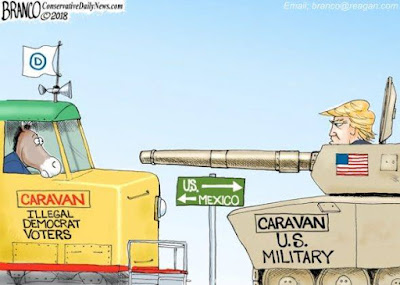 Linked at Pirate's Cove in the weekly "Sorta Blogless Sunday Pinup" and links.
Posted by Fritz at 11:15 AM