Is That All You Got? 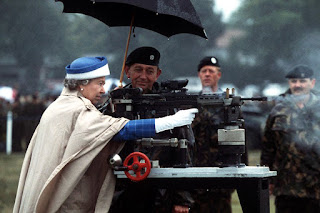 
Russia has slammed the Queen for downing gin, wine and champagne every day in a 'fake news' propaganda blast against the UK.

Senator Aleksey Pushkov, an ally of President Vladimir Putin, said the monarch treats drinking like a "ceremony" while Prime Minster Theresa May has a brandy habit. 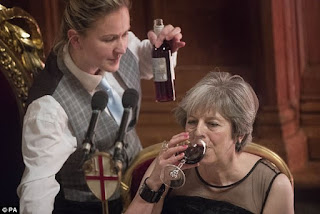 According to the Sun, Pushkov told Staterun TV: "Before dinner she [Her Majesty] drinks a cocktail made from gin and another based on wine, with ice and lemon.

"After the meal, she has a glass of wine with a bar of chocolate.

"She also drinks dry Martini. At the end of the day, she likes to drink cool champagne." 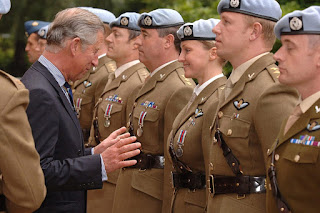 If Prince Charles were my kid and heir to the throne, I'd probably drink steadily too.


Wine expert Elina Denisover said the PM revealed her secret tipple by the way she cupped her glass - warming the contents, rather than holding the stem.

She said: "You will get drunk quicker and it is just not pleasant.

"It means that May got used to another kind of glass - for Cognac."

This from a guy whose nation is known for guzzling vodka by the gallon?
Posted by Fritz at 9:18 AM