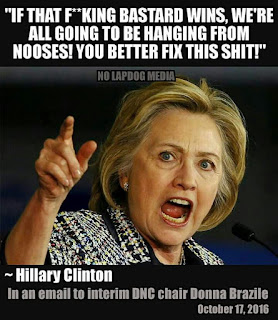 Yet the mainstream media took no notice of last week’s federal court filing that exposes an $84 million money-laundering conspiracy the Democratic National Committee and the Hillary Clinton campaign executed during the 2016 presidential election in violation of federal campaign-finance law. 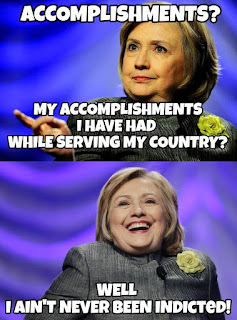 You think $84 million in illicit money is enough to tip a campaign? Apparently not; she still lost.

Dan Backer, a campaign-finance lawyer and attorney-of-record in the lawsuit, explained the underlying law in an article for Investor’s Business Daily: Under federal law, “an individual donor can contribute $2,700 to any candidate, $10,000 to any state party committee, and (during the 2016 cycle) $33,400 to a national party’s main account. These groups can all get together and take a single check from a donor for the sum of those contribution limits—it’s legal because the donor cannot exceed the base limit for any one recipient. And state parties can make unlimited transfer to their national party.”

Suspecting the DNC had exceeded those limits, a client of Backer’s, the Committee to Defend the President, began reviewing FEC filings to determine whether there was excessive coordination between the DNC and Clinton. What Backer discovered, as he explained in an interview, was much worse. There was “extensive evidence in the Democrats’ own FEC reports, when coupled with their own public statements that demonstrated massive straw man contributions papered through the state parties, to the DNC, and then directly to Clinton’s campaign—in clear violation of federal campaign-finance law.”

Hey, remember when Dinesh d'Souza was convicted of "making $20,000 in illegal campaign contributions to the New York Senate campaign of Wendy Long, and for causing false statements to be made to the Federal Election Commission" and sentenced to "five years probation, eight months in a halfway house (referred to as a "community confinement center") and a $30,000 fine."

I look forward to seeing proportional sentences for Hillary (who almost certainly set this up) and the rest of the DNC. But I'm not holding my breath.

Incidentally, being a WaPo subscriber, I searched the site for any evidence of reporting on this event, and found nothing.
Posted by Fritz at 4:58 PM