Potomac River Gets a B This Year 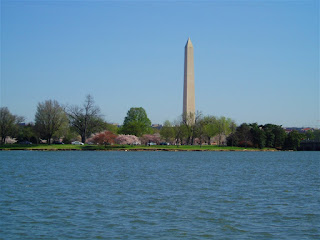 The health of the Potomac River continues to improve, as the Potomac Conservancy gave the waterway a grade of “B” in its latest report card, up from a “B-” in 2016 and a “D” less than a decade ago.

Named the most endangered river in America in 2012, the Potomac River has seen a comeback due in part to declining pollution, returning wildlife and protected land. Pollutants such as nutrients and sediment continue to decline, while native wildlife like shad and bald eagles are returning. At the same time, more forest and farmland is being protected in the river’s headwaters. While the river’s health increases, so too does its popularity with the public, thanks in part to new places to access and enjoy the water. 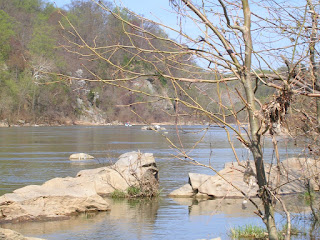 “Improvements in wastewater treatment plants, reductions in non-point source pollution [runoff and sediment], and other upgrades have undoubtedly benefited bass and many other species in the Potomac,” said John Odenkirk, a biologist with the Virginia Department of Inland Game Fisheries. “The local fish community is in good health—especially given its proximity to major urban areas.” 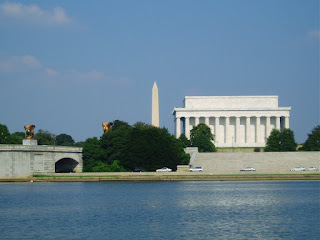 However, problems continue to plague the Potomac. Polluted stormwater runoff continues to increase and is the fastest growing source of pollution in the river. Invasive species like blue and flathead catfish are invading local waters and pose a threat to native fish. And tree plantings have declined, slowing the recovery of the river.

“The Potomac River is making a comeback and is on its way to joining the Charles, Willamette and other urban rivers that have made remarkable recoveries in recent years,” said Potomac Conservancy President Hedrick Belin. “But that progress is fragile. We’ve reached a critical turning point for the river, and we can’t backslide now. We must strengthen—not weaken—water protections so fishermen can eat their catch, children can safely swim and we can drink water without worry.”

I doubt the significance of the change from a B- to a B, but it's good to hear that someone thinks it's improving.
Posted by Fritz at 7:12 PM