You Might As Well Get Rid of the Whole NFL 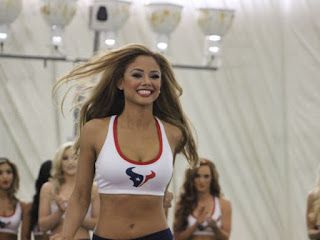 No place in the NFL for cheerleaders in 2018


The Houston Texans aren’t even bothering with the pretense.

On their website is a photo gallery of the finalists from last weekend’s cheerleader tryouts, and visitors are encouraged to vote for their favorites. Are these action shots of the women that highlight their athletic ability or dance skills? Do they include a list of their qualifications?

Of course not. They’re headshots. Sorry, head and chest shots. Close-up ones, at that. The better to ogle, you know. 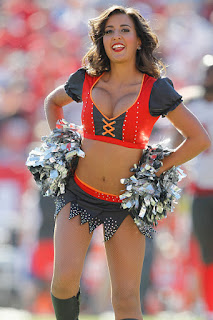 
Cheerleaders from two NFL teams have filed gender discrimination complaints in the past month, detailing the demeaning ways in which they were treated. Restrictions on what they can and can’t post on social media. Rules that prohibit contact with players, and put the onus on the women to avoid it. Dress codes.

Is it any wonder? The underlying premise of NFL cheerleaders is degrading, presenting women as nothing more than objects to be leered at. With skimpy, suggestive outfits as their “uniform,” their only purpose is to titillate. 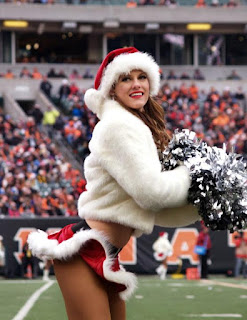 Well, no, they're there to encourage the fans to cheer, and to give them something to watch while the teams are swapping men, waiting for rulings from the refs, or just generally wasting time. It does help if they're attractive, but in bad weather, their dress is not really all that revealing.


It’s always been an appalling message to send and, in this #MeToo era, there’s no longer any place for it. NFL cheerleaders need to go. NBA dance squads and NHL ice girls while we’re at it, too.

This is not a criticism of cheerleading overall. In some forms, it very much is an athletic endeavor, a hybrid of acrobatics and gymnastics. The International Olympic Committee has even recognized cheerleading as a sport and it could some day make an appearance in the Games. 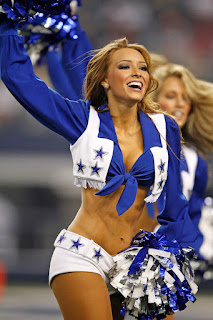 Instead, I think they need to institute cheerleading at all the Olympic sports.


Proponents will say that most women who are NFL cheerleaders are professionally trained dancers who just want the opportunity to do what they love. That they play an important role in maintaining the team’s positive image with promotional appearances and community service.

All of which is true.

“I was always out in the community,” said Kristan Ann Ware, a former Miami Dolphins cheerleader who has filed a complaint with the Florida Commission on Human Relations alleging that she was discriminated against for talking about her faith and bullied after saying she was a virgin. 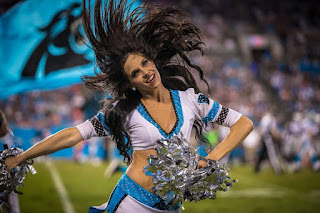 You mean, like Tim Tebow? I'm afraid religious discrimination isn't restricted to being a woman. If you don't want to be discriminated against, or at least not have it semi-officially tolerated, try becoming a muslima. 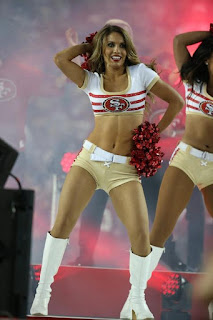 But that isn’t the real reason 26 of the 32 NFL teams have cheerleaders, and everybody knows it. They’re there to be eye candy, blow-up dolls come to life.

Why else would the Dallas Cowboys mandate that women wear sports bras and hot pants for try outs – “No tank tops or bike shorts” – and include “personal appearance” and “figure” as criteria on which they are judged? 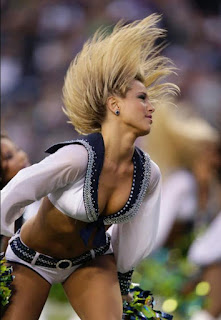 I was going to guess the writer is a chubby girl but then I checked. She's not but she's not cheerleader material either. She's Clearly jealous of the attention these women get.


The Ben-Gals, who once generously granted a three-pound “leniency weight,” now say that “fitness is very important. You must be in good physical condition and proportioned for your height.” Whatever that means.

And, of course, almost every team with cheerleaders has its own swimsuit calendar, and many news media outlets, including USA TODAY Sports, publish cheerleader photos to generate reader interest.

“When you’re on the NFL team as a cheerleader, it’s like they have a sense of control over you,” Ware said. “It does teach women that your life doesn’t matter.

“We’re told from day one that all they need is a pretty girl in a uniform.” 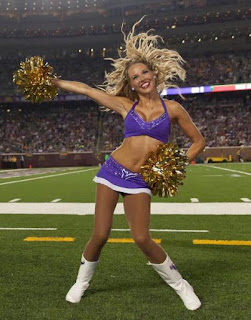 Nothing wrong with a pretty girl. Everybody loves them. Except other women. But they look too.


The NFL has a long history of disregarding and demeaning women, only acknowledging them when it suits the league’s financial interests. Few teams have female executives, even fewer have female owners. Despite efforts at the league level to address domestic violence, owners mostly ignore it, disciplining or cutting players only when there’s a public outcry. 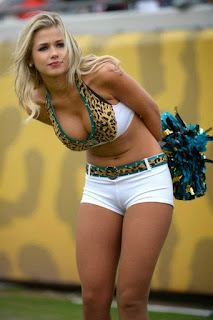 You want a team? Buy a team. No one is stopping you.


The objectification of cheerleaders is yet one more example.

Some owners understand that. Of the 32 teams, there are six – the Chicago Bears, Buffalo Bills, Cleveland Browns, New York Giants, Pittsburgh Steelers and Green Bay Packers – that don’t have cheerleaders. The Los Angeles Rams just added two men to their squad.

But at least New York and Green Bay have volunteer squads who do for free what the official team cheerleaders do for a pittance. 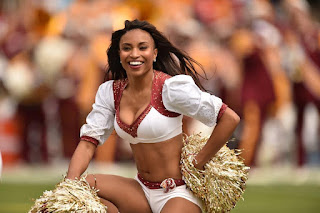 “Philosophically we have always had issues with sending scantily clad women out on the field to entertain our fans,” John Mara, the Giants co-owner, told the New York Times.

Good for Mara for speaking out. Too bad he said that eight years ago, and the rest of the league has not caught on.

Doesn't this woman realize that cheerleading is a voluntary activity, one that these women seek out, and work at with great diligence, despite relatively little reward, for their own purposes? Why are the feminists and the liberals such totalitarians?

Wombat-socho has "Rule 5 Sunday: Bikini Barrel Racing?" up and running at The Other McCain.
Posted by Fritz at 6:00 AM