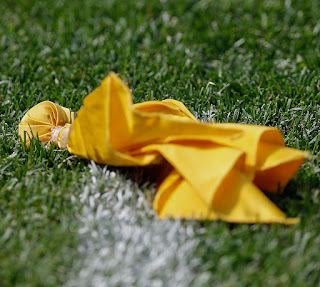 
Linda Vester was a 28-year-old NBC News correspondent — the youngest at the network — when she said she was first targeted for sexual harassment by the man who was NBC’s prime-time anchor for decades:


In a series of interviews with Variety conducted over several months, Vester alleged that Brokaw physically tried to force her to kiss him on two separate occasions, groped her in a NBC conference room and showed up at her hotel room uninvited. Two friends who Vester told at the time corroborated her story with Variety, and she shared her journal entries from the time period. Brokaw, who has been married to Meredith Auld since 1962, has never before been publicly accused of sexual harassment.
In a statement from him supplied by a NBC News spokesman, Brokaw said of the allegations, “I met with Linda Vester on two occasions, both at her request, 23 years ago because she wanted advice with respect to her career at NBC. The meetings were brief, cordial and appropriate, and despite Linda’s allegations, I made no romantic overtures towards her at that time or any other.” . . .


You can read the whole thing. When the Sexual Harassment Apocalypse began in October 2017, I remarked:


A witch-hunt has no statute of limitations, nor any standard of due process and, as for evidence, who needs evidence? If a woman says her ex-boyfriend did awful things to her in 2007 or 1997, feminists will applaud her for her “courage” in “breaking the silence,” and nothing that the targeted scapegoat says in his own defense will save him.

In the case of Vester’s accusations against Brokaw, we are talking about alleged incidents that happened more than 20 years ago. Vester left NBC News in 1999. Tom Brokaw is now 78 years old and has been married to the same woman since 1962. While no one can condone the behavior that Vester alleges, what is accomplished by dragging Brokaw’s name through the mud now? After NBC’s Matt Lauer was destroyed by sexual harassment allegations, I remarked that “the reason this is happening is because Hillary lost and Trump won”:


The zero-tolerance no-mercy attitude toward male misconduct is a product of feminist rage over Trump’s victory; they cannot destroy him, so they’ll destroy any man within range. The only way to save yourself? Avoid feminists.


This is about revenge, and NBC’s effort to enact policies to prevent future harassment scandals are being met with skepticism because who can reason with an angry lynch-mob? Far be it from me to complain when liberal media types like Brokaw and Lauer are being hoisted by their own petards, but we cannot cast aside our concern for justice simply because a specific injustice may advance our political interests.

I enjoy seeing the leftist torpedoes circling back around and hitting their own flagships as much as anyone, but this hit does seem rather late.

Brokaw broken hearted at being Brokawed. I have no idea if he's guilty, I hate these decades later charges, but damn it’s nice to see him learn what the media is really like.